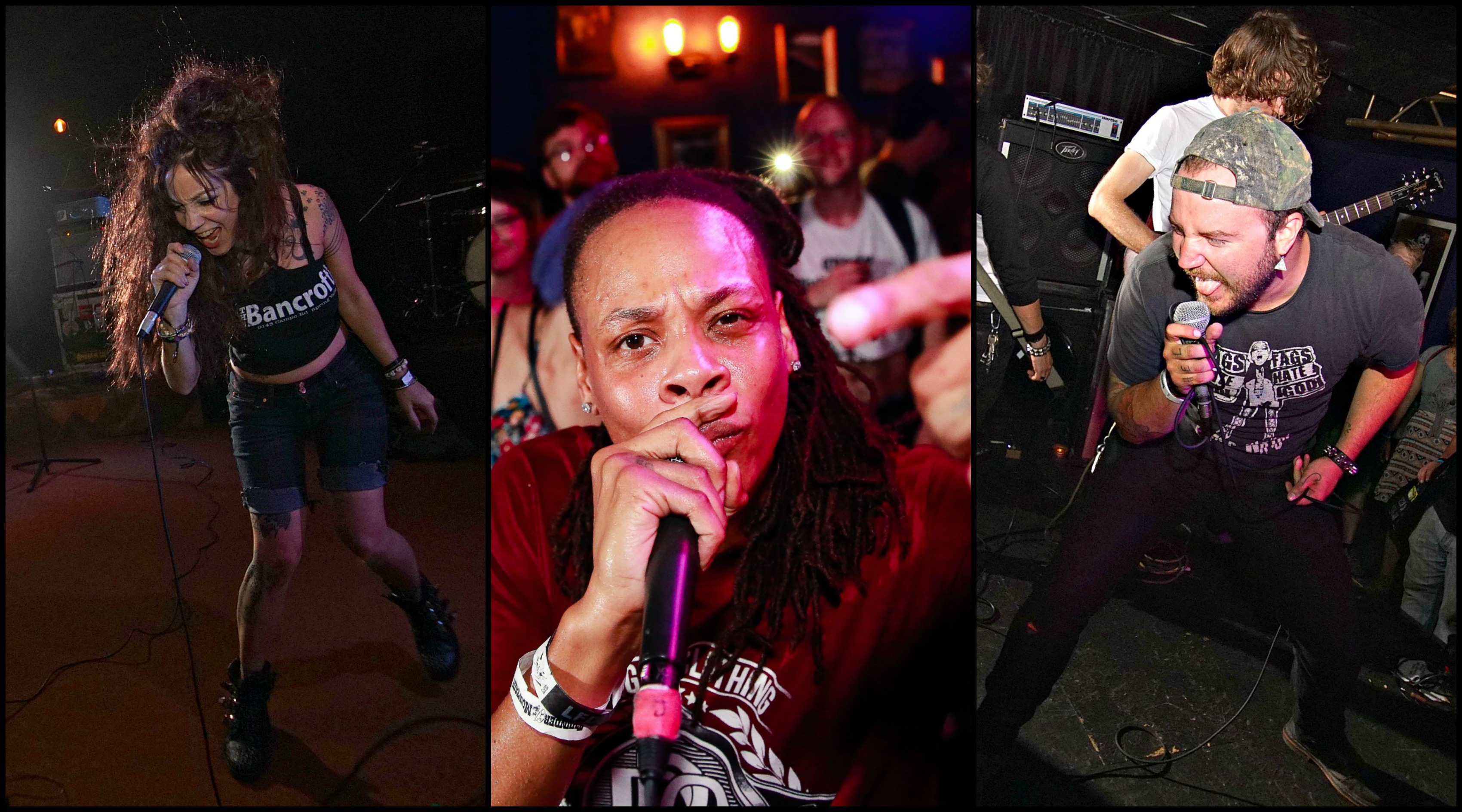 Take notes, everyone. This is how you support local music.

After three days of nonstop live shows, Field Day Fest culminated in an explosion of raw emotion and showmanship. The day started with an all-ages punk affair at Greenhouse Culture, which allowed bands to experience the mysterious theatre within the old Masonic temple and eye it for bigger plans. Could this be the venue that finally gives a space to all-ages rock shows in Lawrence? That was the big question on everyone’s mind, and signs seem to point to yes. Oxford Remedy, a band of high schoolers from Lawrence and Kansas City, kicked off the event before bands like The Bad Ideas, Runaway Sons, and Iron Guts Kelly closed it out.

Saturday’s noisefest was much easier for fans to tackle than Friday’s, thanks to a more manageable schedule. You had a better chance making it between both ends of Downtown, meaning you could hop between Varma Cross at the Bottleneck and Momma’s Boy at the Replay without any drama. The 10th and Mass area belonged to the reigning women of hip-hop, thanks to explosive sets from both Stitch81Classic at the Jackpot and Cuee at the Replay.

The I Heart Local Music showcase was where fans seemed to break a sweat the most, thanks to thrashing with Wendy Moira, a surprise set from Stiff Middle Fingers, and a Vivid Zebra dance party. But it was Nancy Boys who absolutely destroyed. This is a band that has only really played either basement shows or the Replay stage, so watching the hardcore rockers (and their unruly fans) take on the Jackpot was a real treat.

Just before the I Heart Local Music showcase, the owner– just months after purchasing the Jackpot– started posting “For Sale” signs in the window for all at the festival to see. With knowledge of the sudden news, Nancy Boys took it as an opportunity to send out both the venue and the final day of the festival out with uncontrollable turbulence– and let me tell you, it was absolute malarkey. Nancy Boys’ rage-fest lasted about 13 minutes (a new record!) but will be remembered fondly for a long time. We can’t remember the last time the Jackpot floor saw that much action, and for all we know it may be the last. But the riotous scene brought together music lovers from genres across Lawrence in one shining example of solidarity as the mosh pit katamari’d into a grand sendoff until next year’s festival.