In and Out: Local musicians scrutinize the year (so far) in music 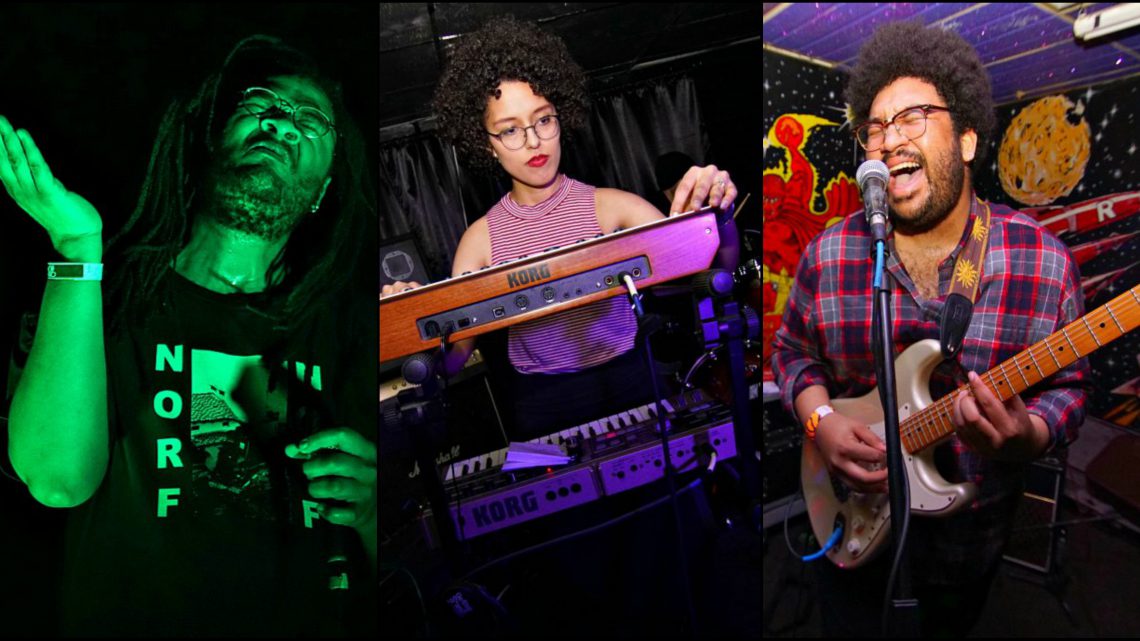 We’re at the halfway point of the year, which means we’ve had time to catch our breaths, take a step back, and see what’s making the rounds in music (basically politics play a big role in everyone’s new music, women in hip-hop are gaining more attention both on a local and national level, and psych rock is still holding on here in Lawrence).

But you’ve heard enough from us on what’s been notable, exceptional, and worth taking a look at. Now it’s time to hear from the big players in our scene: the local musicians. We talked to a variety of performers across genres who spend their days listening to music and nights watching it live. Here’s what they say are the best (and worst) music trends so far in 2017. 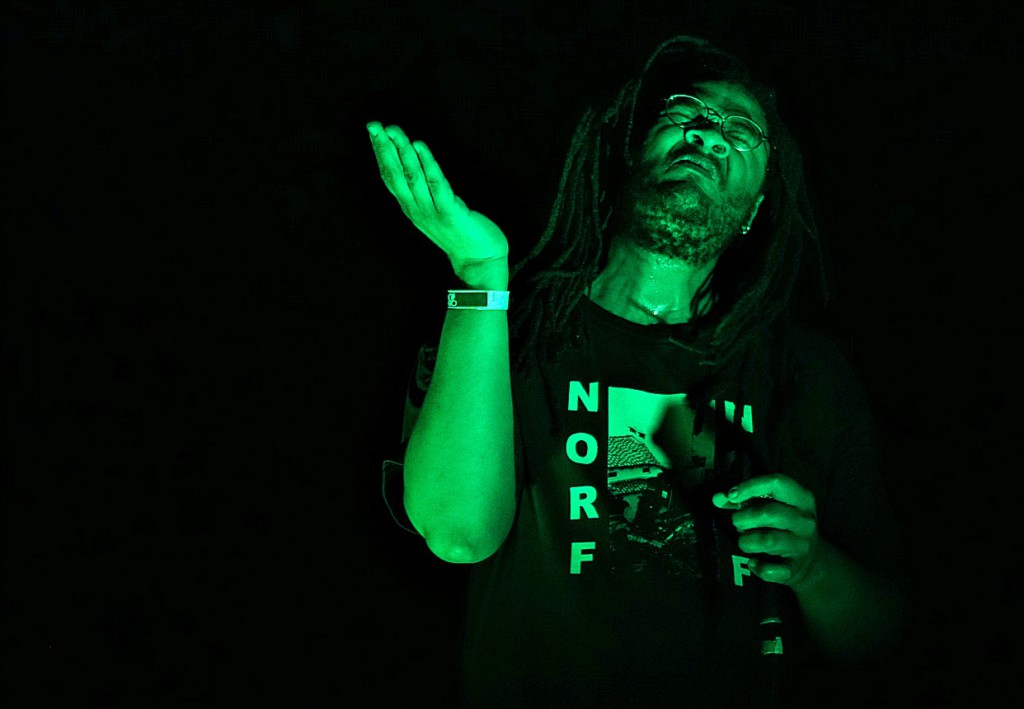 “I don’t like calling this a trend for various reasons, but it’s been great to see more queer visibility and hear from more queer voices in discussions about music and culture.”

“The continued loss of cheap and vacant infrastructure for DIY communities to incubate talent and foster community. The co-opting of said spaces for gentrification and displacement of poor people. (I recognize my complicity as a participant in a capitalist Western society. I want to – and try to – do better.)” 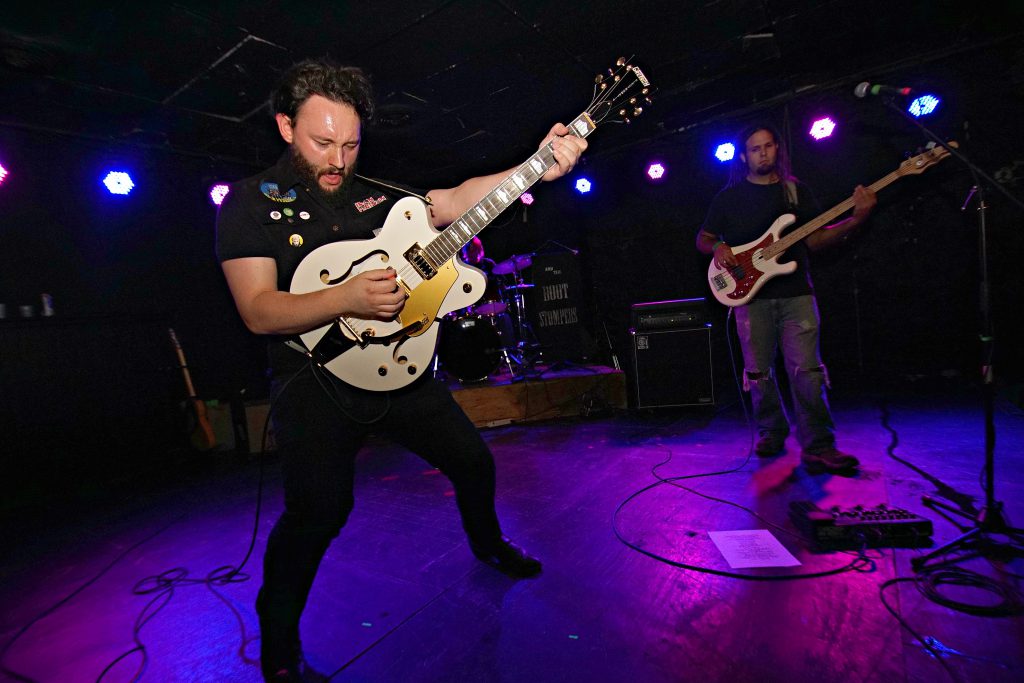 Joel Bonner and the Boot Stompers

“This isn’t really a NEW trend, per se, but more a trend that I’m finally getting old enough to appreciate. I really have enjoyed some of the tours announced this year with bands performing older records in their entirety (namely The Black Dahlia Murder playing Nocturnal and U2 playing Joshua Tree). In addition to this, the continuing vinyl resurgence makes me giddier with each trip to Love Garden and Mills.”

“White pop performers holding on to dying gasps of relevance by moving in and out of hip hop appropriation (looking at Miley and Katy).” 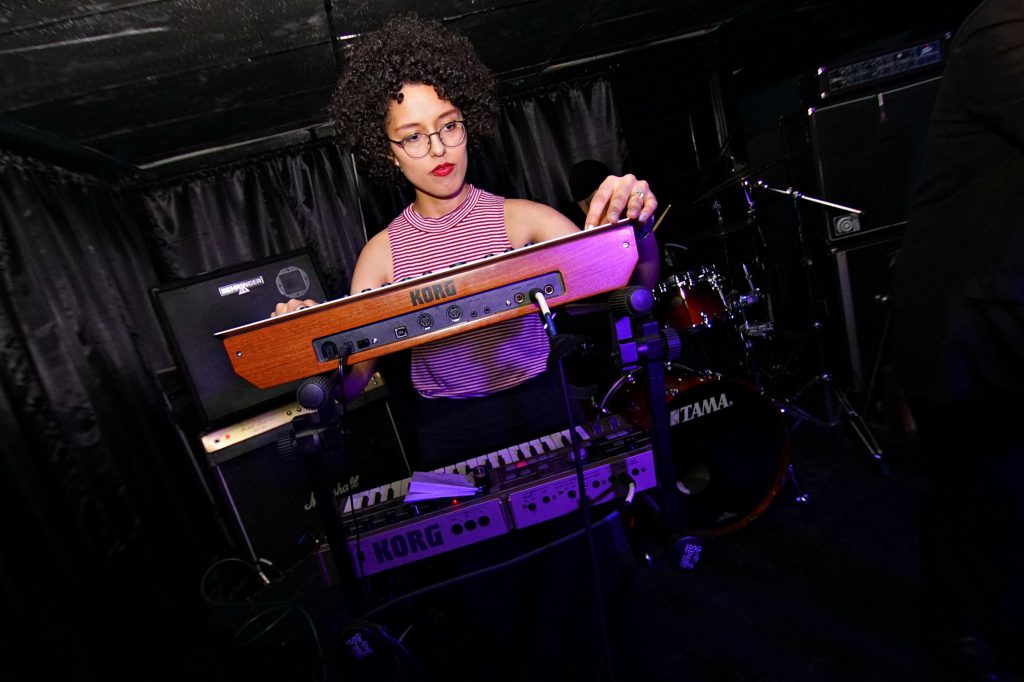 “I have thoroughly enjoyed seeing more youth musicians performing in town. As someone who grew up in Lawrence, I personally remember there not being anywhere to play if you were underage. Unlike nearby cities, such as Topeka or Tonganoxie, Lawrence didn’t have any bar & grills or large coffee shops where underage kids could easily perform. When I was in high school, I played in coffee shops in Topeka, as there were none here in Lawrence featuring solo acts or small bands.”

“There are plenty of acts & bands with members of a minority race which aren’t getting shows. There is also a local preference for punk rock, psychedelic rock & folk, which aren’t exactly the genres that minorities jump to play. But there are rock bands from Haskell who aren’t getting shows regardless of their material matching the local live music preference. Minorities generally don’t perform punk or folk music, not here anyway. And if they do, it’s often fusion with a genre of their own race’s design. I can’t help but to recognize the obvious racism inherent in venues preferring music that minorities here don’t play.” 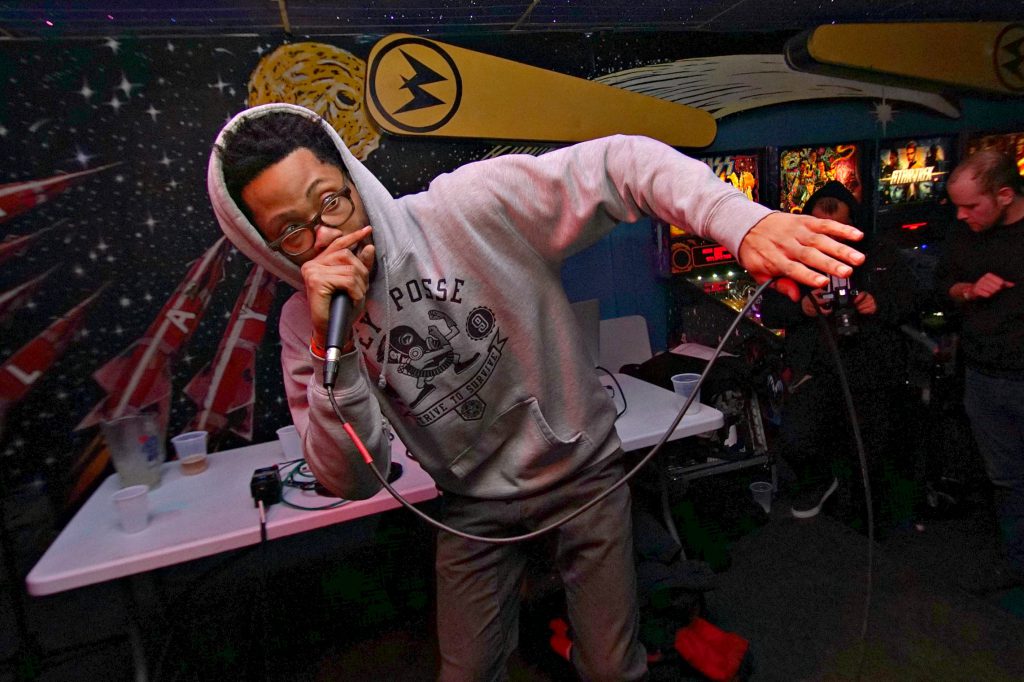 “I think that in this day and age, people are making truly organic music. What I mean is, there are a lot of musicians making music that isn’t following a mold, and their music is reaching the proper audiences who will adhere to it. A lot of this has to do with being in the internet age, which is a great platform for being discovered by people who will dig your music. This will only continue to happen as there becomes less walls in music, and genres continue to merge together.”

“I am a hip hop artist, so I gotta speak from that perspective. The old heads vs. the new wave debate is ridiculous. The older generation needs to respect the evolution of the art form, and the younger generation must respect what’s paved the way for them. I can see both sides, but I think the debate is a bad look overall. It’s too divisive.” 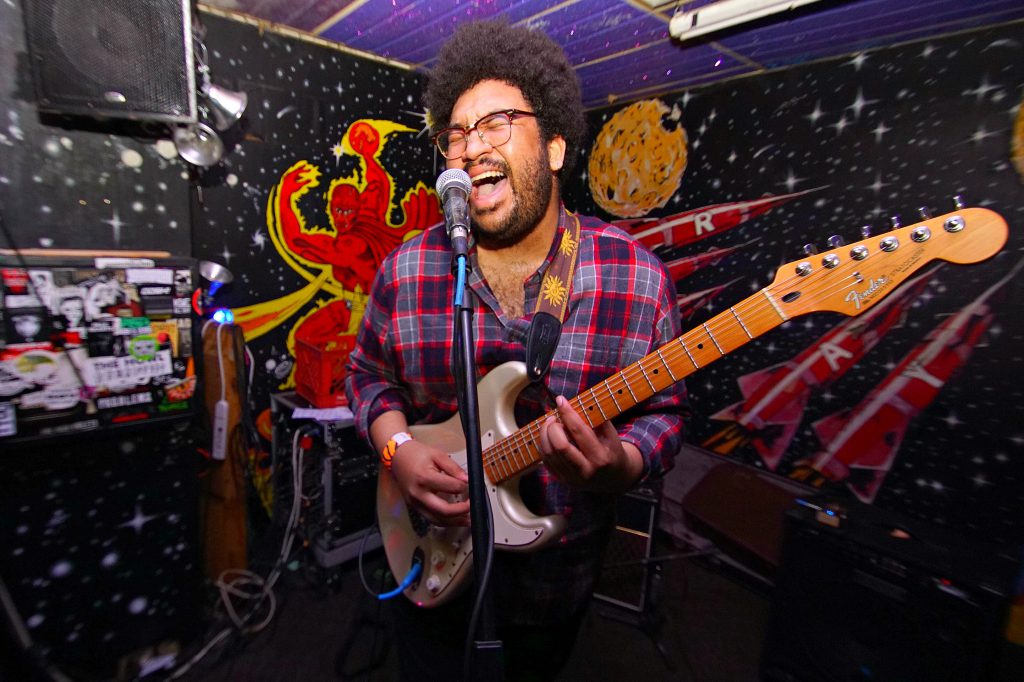 “The increasing visibility of queer and POC intersectionality within mainstream music. I think it’s empowering to see artists like Frank Ocean Le1f and Mykki Blanco breaking molds and giving representation to these intersections.”

“Mumble rap. I just don’t get it. Like, okay, sometimes it’s hype and that’s cool I guess, but I like shit like Doom so maybe artists like Yachty are just lost on me. I don’t know, it’s weird.” 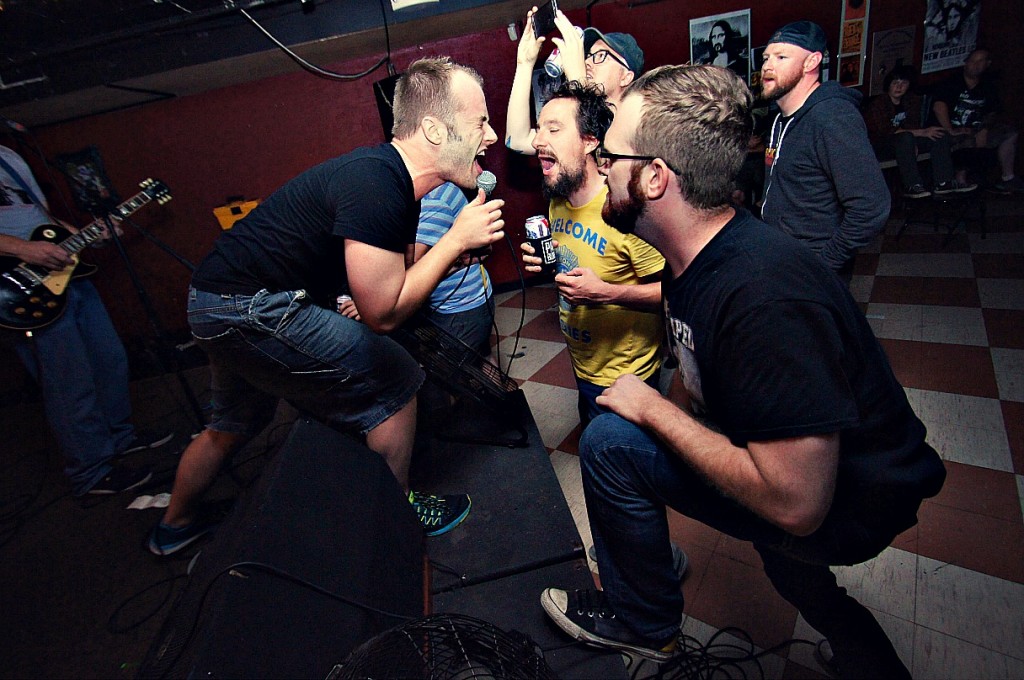 “I feel like there have always been women in the scene, but there are more than ever at this time. I think that’s just sorta cause the scene is expanding again just in general around here, so there are more players and thusly more women involved as well. But opportunities like Girls Rock! definitely make it easier and better for underage people to get representation too.”

“My main beef is with national tours still flying over KC. Omaha, St louis, Denver and Oklahoma City? But no KC at least? That city has got to get its mid-sized venue game back on point after the Beaumont shut down. Riot Room does what it can, but some bands that I like a lot could do 300, so bigger than that, but not fucking Midland or Uptown levels. It really restricts the non-mainstream talent that comes through.

Also, I feel like there’s a real disconnect with people feeling that old-timey scene camaraderie nowadays. No one really understands how to mosh, everyone acts like they want to to hurt people and don’t pick people up when they fall down (the most grievous sin), and the new cool thing to do is throw bottles in pits? All those things are the opposite of a mosh pit and it breaks my heart.” 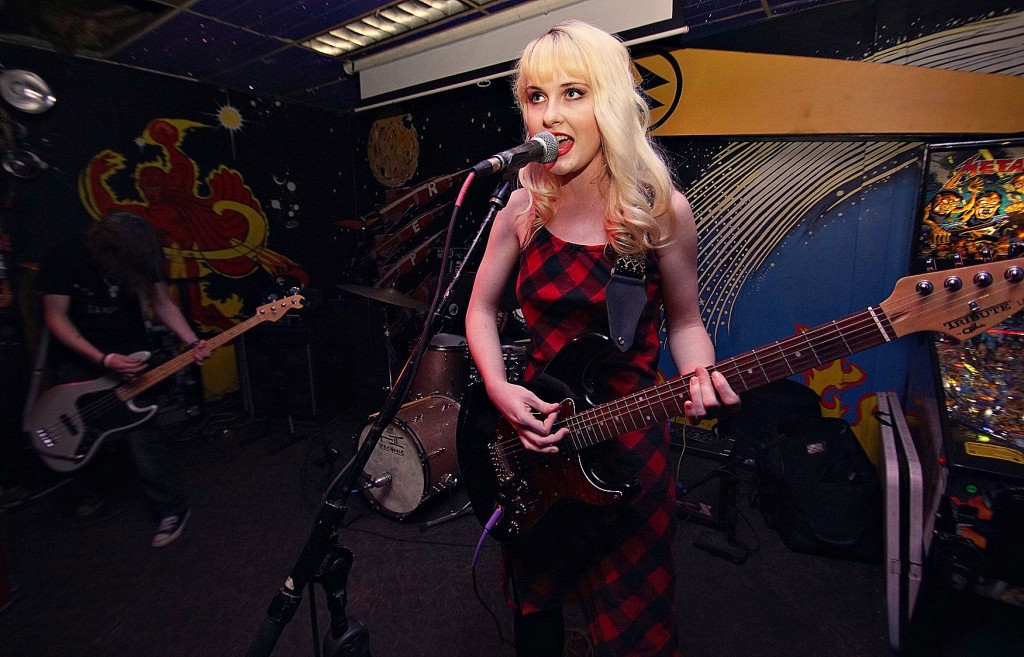 “My favorite trend so far is the growing influence of Motown and funk in new pop and rap.”

“My least favorite thing so far is the lack of new ideas in rock music.”

Previous Article Out Here: How a new Pride Night is focusing on queer talent