Out Here: How a new Pride Night is focusing on queer talent 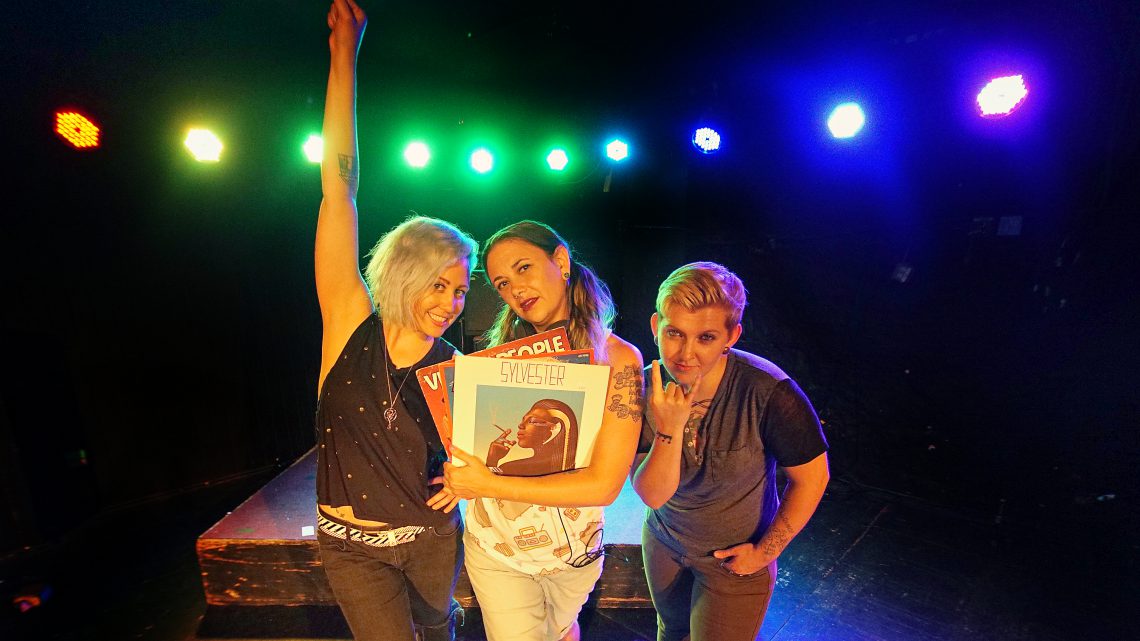 We adore Downtown Lawrence’s nightlife just as much as anyone, but there’s always been something glaringly obvious missing from a town like Lawrence– a really legit gay bar. Some have been working to fill in that void here and there. For example, Ms. Amanda Love’s Drag Show is an incredible event featuring outstanding performers at the Jazzhaus every week. But anything marketed as a “Pride Night” at other venues has, more often than not, been organized and DJ’d by straight men. 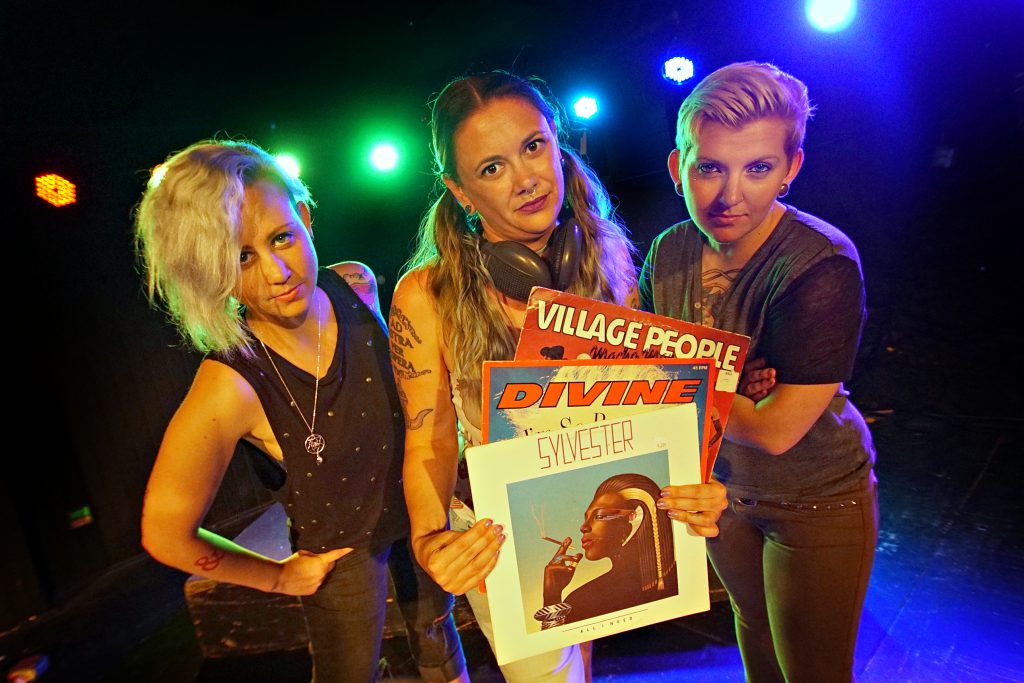 But everything begins with baby steps, and right now two queer women are looking to make a difference in LGBT nightlife. If you’re familiar with the local music scene, you’ll recognize these two women as Sarah Storm and Steph Castor, from Vigil and Thieves. The band relocated to Lawrence at the beginning of the Summer, and right now both Sarah and Steph work at the Bottleneck, which has recently come under new management with big changes in store.

One of those changes? A weekly Pride Night actually organized by queer promoters with a long history in live music and events that comes right as we head into Pride Month. The big difference between this event and ones held in Lawrence’s past is that it will actually feature queer DJs, who rarely get a voice or opportunity to perform in this scene. “A few other staff members saw a need in the community and tried to kick it off, but it was all conceptual, which is great but needed a queer eye,” says Storm, who reminisces about Pride Nights past at the now-defunct Château. “Upon coming to work for The Bottleneck, we realized the night had gotten kind of a bad rep and have made it a personal project to fix it.” So she immediately started booking queer DJS, found Drag Queens to host and perform, and says to expect a lot of glitter (some of it edible).

As a queer woman who works in the music scene, Storm says she’d like to see more “out” performers. “As artists, being 100% yourself is mandatory. We would love to see more Pride themed nights across the board, and we would love to see the queer community participating in these events,” she admits. “This is such a creativity-driven town, and sometimes it feels like the LGBT+ folks are hiding, or at least hiding that part of themselves. It’d be awesome to create an opportunity to allow people to feel proud.”

Both Storm and her partner (in life and music) Castor previously spent years working in the Lawrence and Kansas City music scene, but decided it was time to move their passions permanently to Lawrence. “KC started to feel a little dark,” she admits. “While the city has several queer spaces, at times it felt competitive for some reason— like performers putting each other down and needing to be the most ‘PC.’” Storm says it also felt like there was a lot of “hate going around,” and the need for safe spaces started increasing. That’s one of the reasons why she says moving to Lawrence was a good decision. “Lawrence is refreshingly honest and has a unique culture that breeds art,” she says. “It would be amazing to see the queer community, as a whole, come out of its shell.”

For now, Storm is hoping the queer community will come out of that shell at the Bottleneck. “If you wanna come dance to a song on stage, then do it! It’s important to put yourself out there,” she advises. “Our biggest goal is to build a unique and fun event that encourages people to grow together. Lawrence is such a neat place, and we’d love to see Pride Night become a mecca for even more culture, creativity, and friendship.”

Pride Night kicked off last week, but continues this Wednesday with queer DJ The Czech, with a bigger event planned for June 21st.

Next post In and Out: Local musicians scrutinize the year (so far) in music