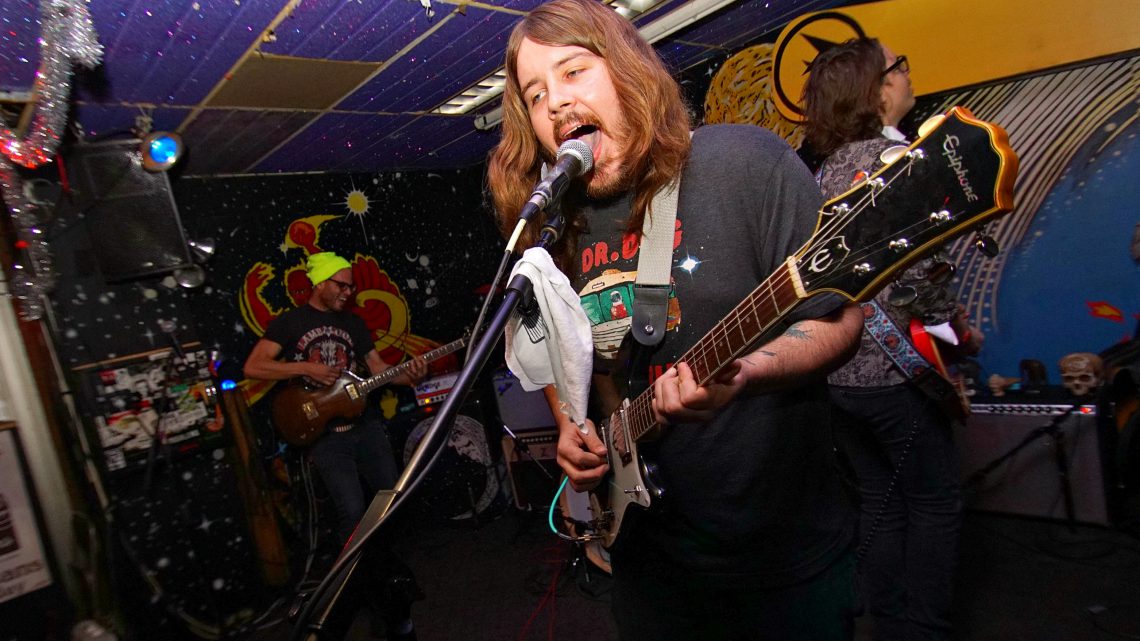 It’s been a long time coming, but Westerners finally have some new goodies to tout.

Westerners will be holding a couple of album release shows this Summer to celebrate:

The band spent the better part of the last year working in the studio, and kept busy by branching off with MaceMouth while waiting for the final touches to fall in place. But with the new album, you can expect to see more performances soon. A string of tour dates, which you can see on their Facebook page follows the release throughout July and August.

Westerners have also had a lineup change over the past few months, with the addition of drummer Gerardo Rodriguez. Reocurring Dream Theme celebrates a cleaner sound backing the powerhouse vocals of frontman Mitch Hewlett. You’ll also see some songs from their previously released EP making an appearance, tweaked to reflect the band’s modern rock and psychedelic nature.

You can listen to the song below, then catch them at Love Garden July 8th.

Previous Article In and Out: Local musicians scrutinize the year (so far) in music