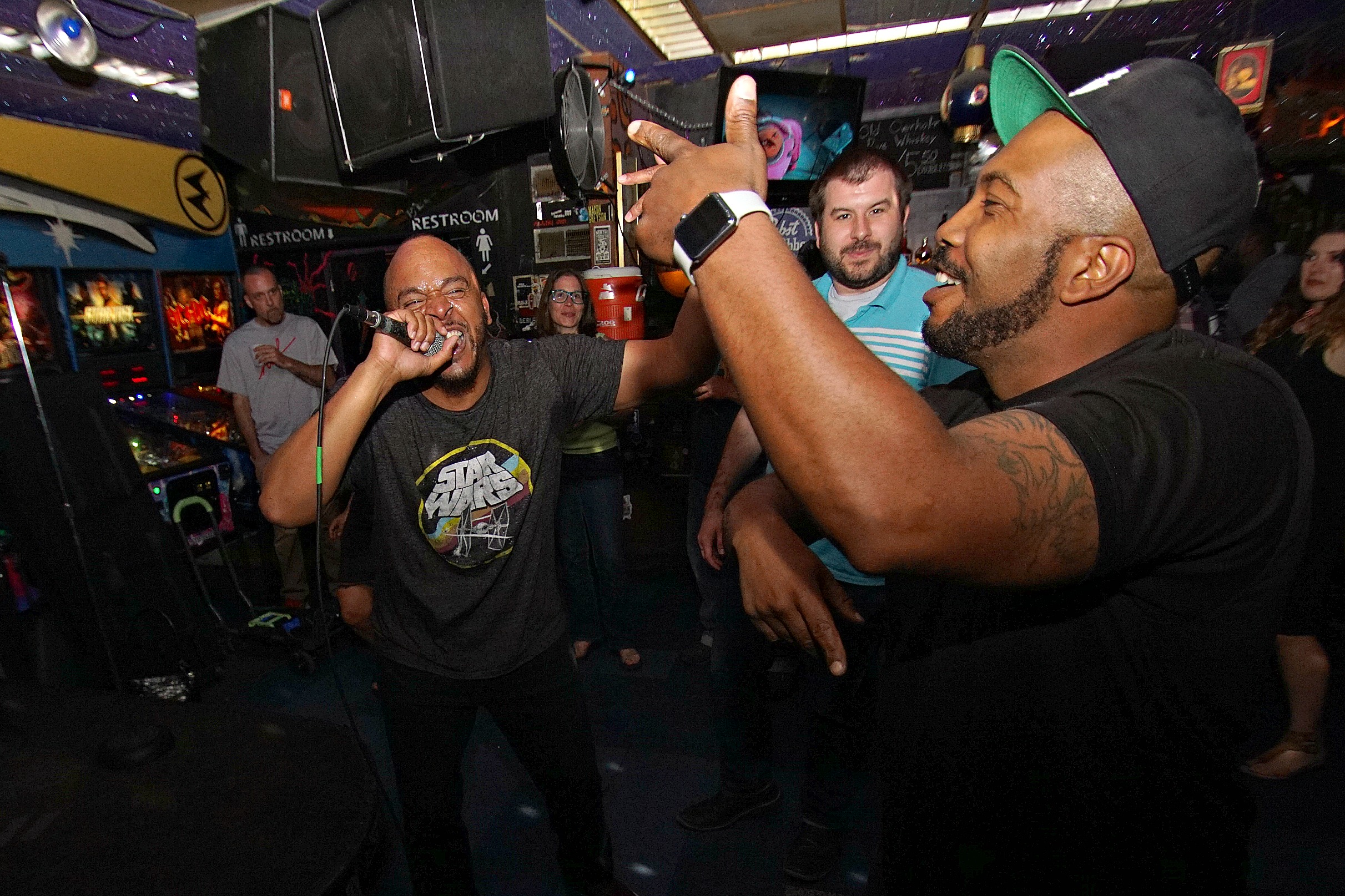 In what’s become an annual tradition, the Replay hosted a myriad of local acts to celebrate warmer weather and the departure of the student population from Lawrence. Acts were divided into an early patio set and a late-night indoor set. No Magic delighted with new music, while Psychic Heat played their first show in six months (highlights of their set included mini covers of Gnarly Davidson and CS Luxem). Cloud Dog played a rare solo performance, while Toughies celebrated a new release on Replay Records. Inside, the two smoothest rappers in the region performed back to back when Approach livened up the venue with a rare early performance (accompanied by MilkDrop from Lincoln Marshall)– and Stitch81Classic did what she does best: got right up in the personal spaces of onlookers and enticed them to indulge in her wildly entertaining set.

Editor’s note: Hush Machine and The Phantastics also played, but we were unable to photograph them.