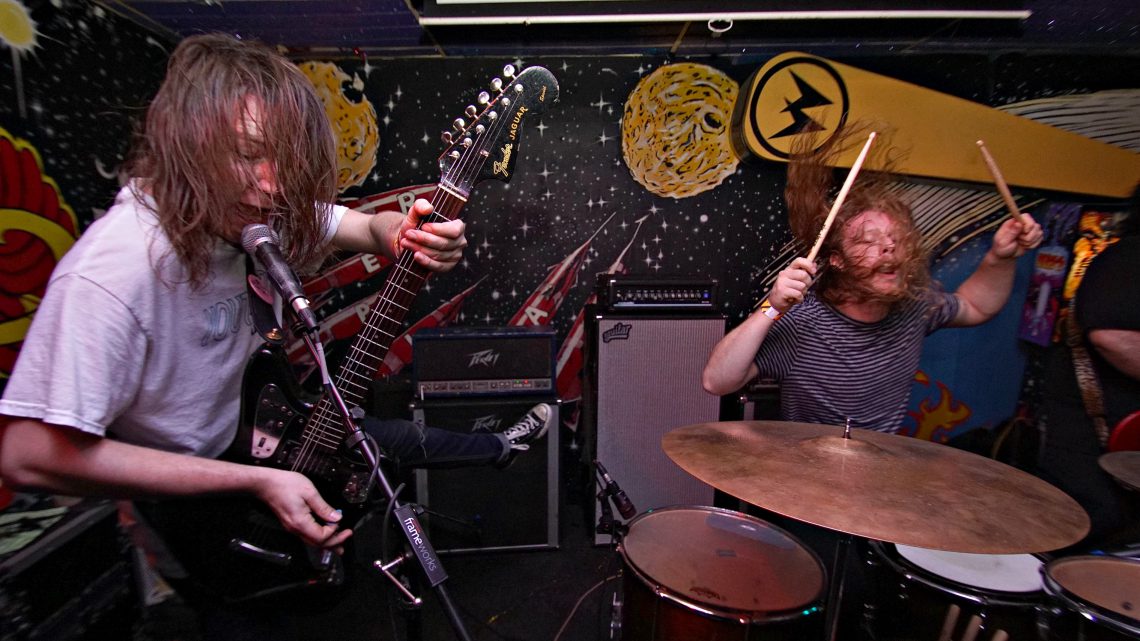 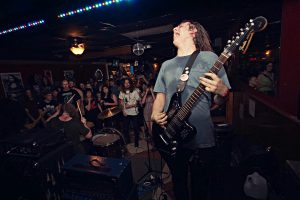 If you read this site, then you’re aware that Bummer is one of the greatest currently active rock bands in the scene between here and Kansas City (if you don’t read this site on the regular, welcome!). So it’s no surprise that everything they put out is golden. Bummer is one of the hardest rocking acts you’ll likely see this year, and they’re about to be the hardest working ones as well. They’re about to embark on a rather extensive tour that runs now through June, but kicks off in Lawrence.

The tour is celebrating their 12” split with PINKO, out on April 7th. The frontman for Bummer, Matt Perrin, is a busy bee in the punk and rock scene, dividing his time between a few different acts (we recently caught him on the drums with Agent at their Replay show with Nancy Boys) and even pushing out a solo record. But when he’s not thrashing away onstage (or in the basement), you’ll see him working at Mills Record Company in Kansas City. He’s a familiar face there, and has even commandeered their basement for band practice and shooting the music video below. 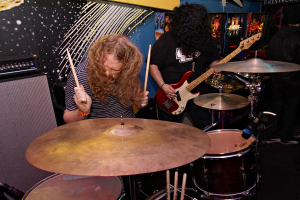 Working at the record store is where Perrin gets an additional vibe for Bummer’s fans. “I get to see the variety of it all, especially at work,” he admits. “A lot of people have come through and bought a Spank record in there. Some old dudes that have been around the block more than once, some youngins just getting into the scene, some super sick dudes claiming they can hook you up with an opening slot for a tour with Tech N9ne.”

For now, Bummer is focusing on their own upcoming lengthy tour— a difficult task for any band, though Perrin is used to a nonstop life on the road (he credits a “monthly/bi-monthly Braum’s intake” for fueling the band). But while he’s out, there are a few bands to keep tabs on in Bummer’s absence. “Unforgiven 5, Mentor, Microdoser, Warm Bodies, Natural Man, Arc Flash, False Brother,” Perrin suggests when asked about the bustling local scene. “Plenty of amazing stuff has been popping up, keep your eyes peeled.”

You can watch the music video for “Birthday Snake” below, and see Bummer in the flesh on Thursday, April 6th, at the Replay.

Next post Arc Flash threw an album release show, and everyone went bananas