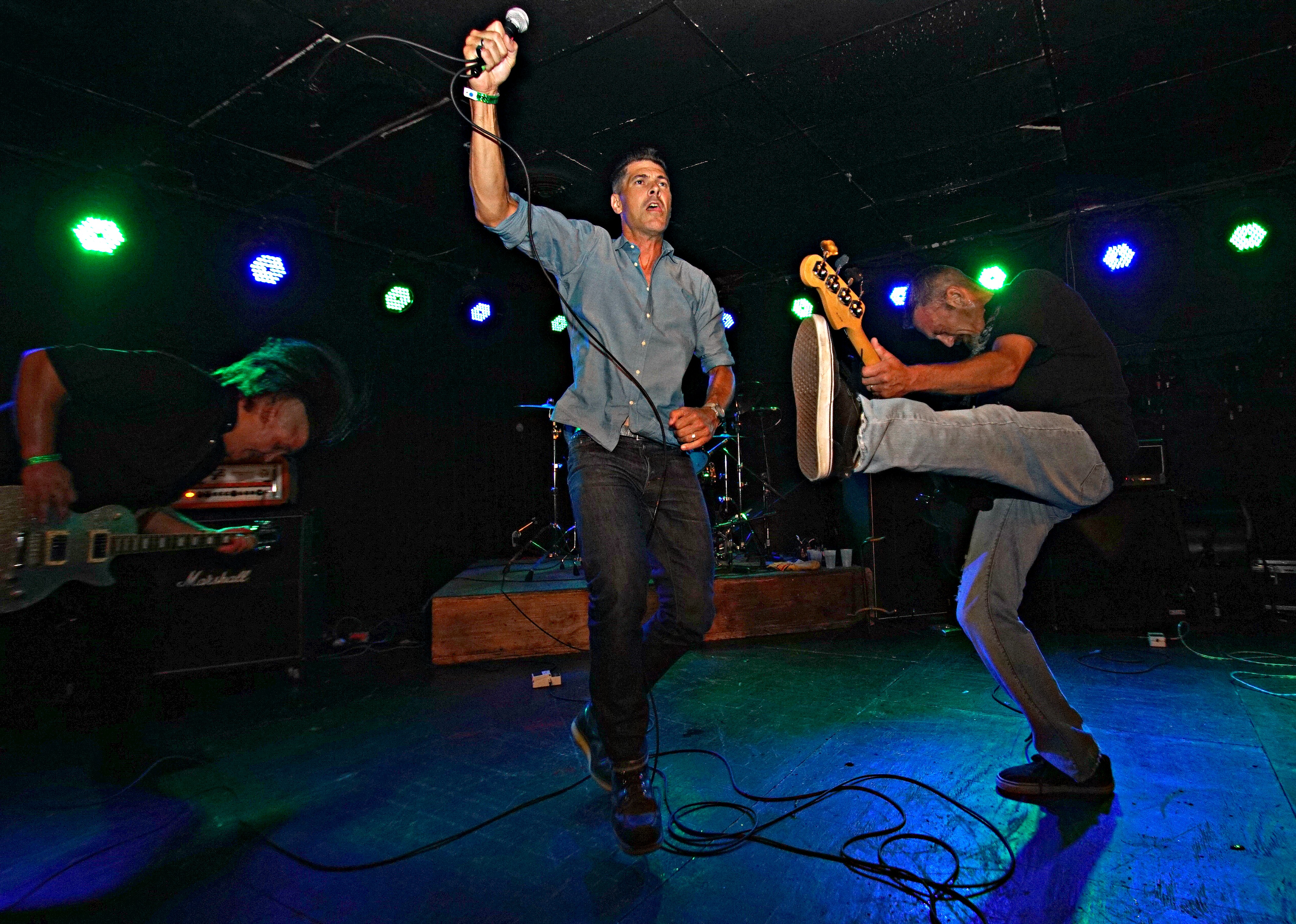 Facebook0Tweet0LinkedIn0Pin0
’Tis the season to express your political and (non-political) rage. May we suggest a soundtrack to feed your rebellious and disorderly appetite?

Rowdy rockers The People’s Punk Band just released an album, titled PPB, online earlier this month. It’s ten sharp, hard-hitting tracks of anger and cathartic relief. Only a couple of tracks hover above the three minute mark, and each song slams into the next harder than the meatbags moshing at their shows.

Standout tracks include “Bodies” (a favorite at their shows), “Half-Cocked,” and the furiously fast “Shut Up and Shop”— although they all rage at such a high velocity, they tend to vehemently take your breath away. We’ve always loved the band’s old-fashioned and no-nonsense approach to their lyrics. On tracks like “Mouthful,” you’ll hear lines like “Maybe for just one second you could stop shoving your dick in my mouth.” On “Step Outside,” vocalist Tim Mohn yells “Let’s step outside, motherfucker! No weapons, just lessons learned!” You don’t get that kind of frankness from the newer generation, and that’s worth appreciating from The People’s Punk Band.

You can listen to the album below and download it for free (it’s set up on a pay what you like basis). It’ll be a while until you can see them, though. They’re currently adjusting to a lineup change, but will hit the Replay in May with a lineup that will surely wreck the place (The Architects and Iron Guts Kelly).