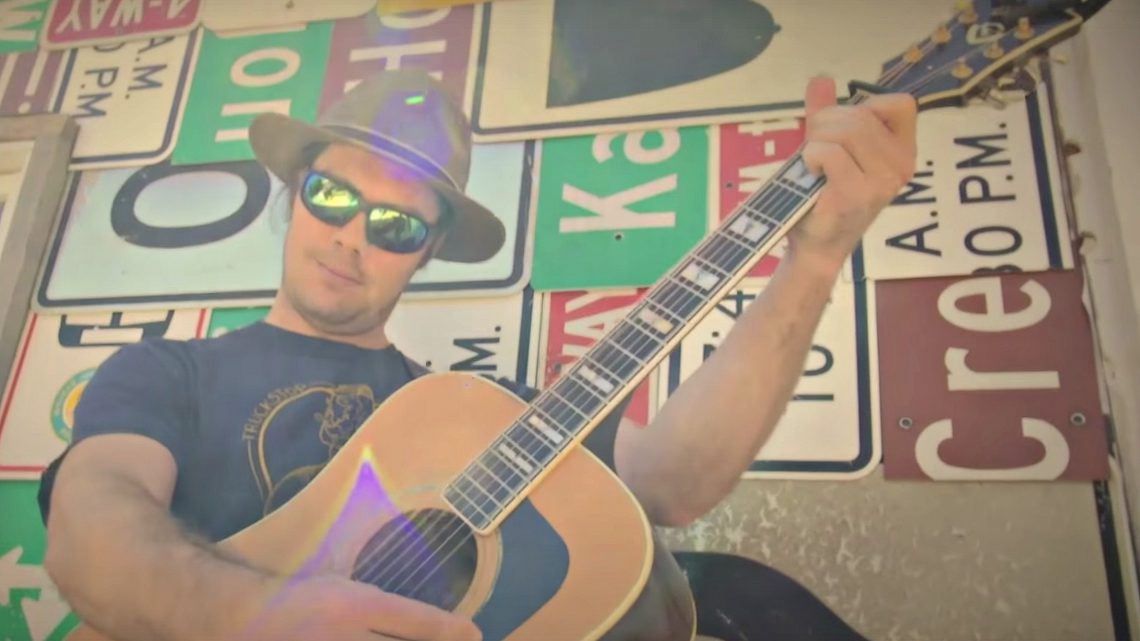 Country crooner Sky Smeed just released a beautiful rootsy album, but within that album is a cheeky little number we’ve been enjoying. The new album, Lunker Bass, was just released earlier this month. Like many great country and bluegrass acts in the area, Smeed headed into The Ninth Ward Pickin’ Parlor, the recording studio run by Mike and Katie West of Truckstop Honeymoon. The album has a good range of emotion for Smeed, ranging from the upbeat and sassy “Bumper Sticker” to the calm and folksy “Lunker Bass.” All songs are suitable for your lazy summer afternoons and wild summer nights.

In his new music video for “Bumper Sticker,” you hear all the slogans we’ve learned to love and hate seeing slapped onto cars, trucks, and motorcycles. The lyrics are basically comprised of all the most enjoyable bumper stickers Smeed has spotted during his time in Lawrence. “My Son Sells Marijuana To Your Honor Roll Student,” “Coexist,” and “Sucks Gas And Hauls Ass” are just a few of the bumper stickers you’ve likely seen in this town (they make appearances in his song). But what’s really entertaining in the video are the cameos from other bluegrass artists in the scene. We spy Nicholas St. James and Tyler Gregory!

Bonus video: Here’s a beautiful little number featuring Smeed by the river. It’s a simple little video, but the song will likely be on repeat for many Kansans every Sunday afternoon this summer:

You can see Smeed playing at his album release show on Sunday, May 21st, with 40 Watt Dreams.