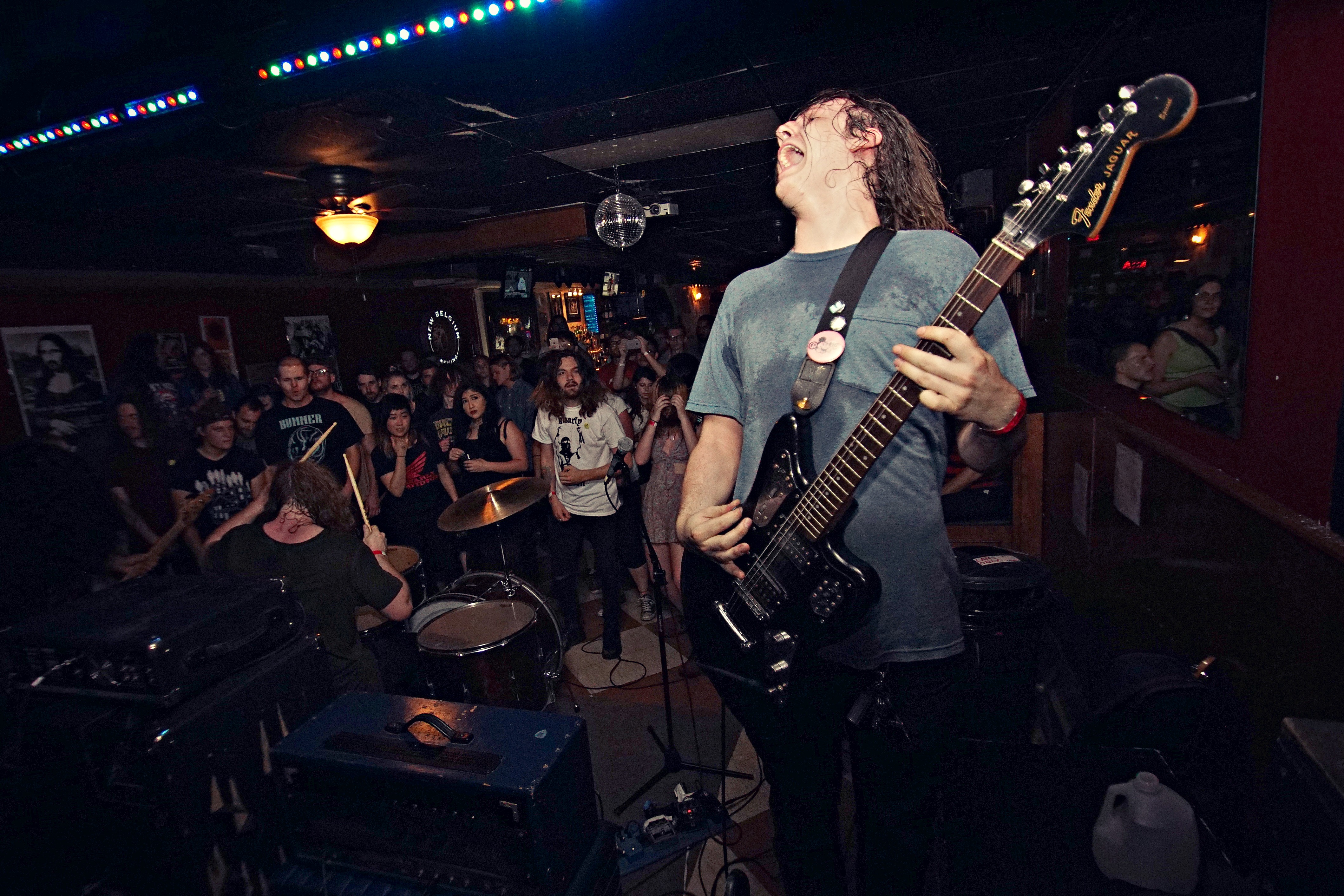 It’s normal for a musician to pour their heart and soul into their music, but we were particularly moved by one local’s recent body of work.

Matt Perrin is known as the screaming, thrashing, angst-ridden frontman for Bummer. Although much of Lawrence and Kansas City has enjoyed partying and thrashing alongside him, Matt is still (like the rest of us) human. Recently, he confessed that in an effort to confront his anxiety and depression, he headed into a home studio (pictured in the bandcamp link below) to write a solo album. He recorded seven songs and played all the instruments himself.

This musician has never restricted himself to one genre. We recall his days studying jazz guitar in school (he played in jazz bands at KU and KCKCC). But it’s with Bummer (and his work as a drummer in Bluehealer) where he may have found more notoriety. Bummer’s vibes filled with uneasiness and dread carry over to Matt’s solo work. The very first song, “idon’trememberthelasttimeihadfun.net,” crashes in with a regular greeting amongst thrashers— “This fucking sucks!” From there on, he explores his romantic side with “Life at 0 mph” and solitude and hopelessness in “skrrrrrrtt!!!” and “permanent shrug.”

CHUM, named after the house where the songs where recorded, is seven songs of pure agony and cathartic reprieve. Bummer shows are where music fans tend to completely let loose (as was evident at Bummer’s legendary Field Day Fest set), but this is the album where the guitarist behind Bummer gets to let loose. It’s a great listen for anyone who’s built up enough tension to power the Bowersock dam, and comes highly recommended ahead of Bummer’s set at the Replay on Friday, November 4th.

In the future, keep an eye out for Bummer’s split with PINKO, and a short little tour in November through the Midwest.