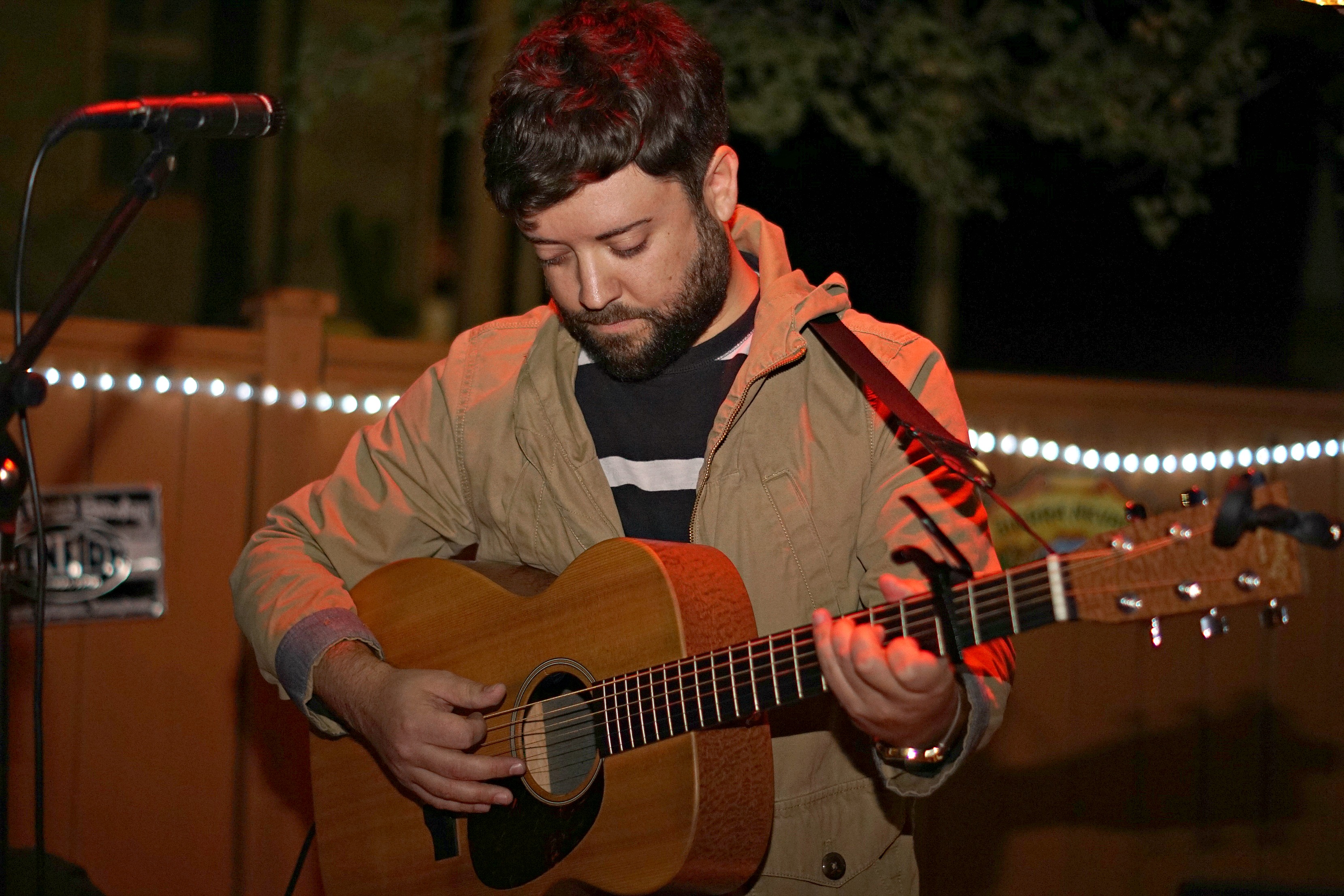 Anyone who indulges in an Autumn show at the Gaslight is usually treated to some of the better folk and bluegrass in the area, all while huddling up to heat lamps on the patio in the crisp air. The musicians may have to compete with the noise and liveliness of North Lawrence, but it’s worth it.

One of those nights found The Roseline’s Colin Halliburton performing a solo set on Friday. The crooner and longtime artist showed off his gorgeous and smooth voice, along with tales that come from the heart. There’s something so earnest about songs that detail a townie (and a musician) just trying to age in peace. Even when he’s singing the saddest damn lyrics on the planet, Halliburton is uplifting. His onstage banter sports a dry (and somewhat jaded) wit, but his music is honest and sincere. He may be the Lawrence version of Llewyn Davis, if we ever saw one.

Right now The Roseline is recording an album at the Lawrence Public Library’s free recording studio. Until its release, you can see the full band at the Replay on December 16 with Toughies.