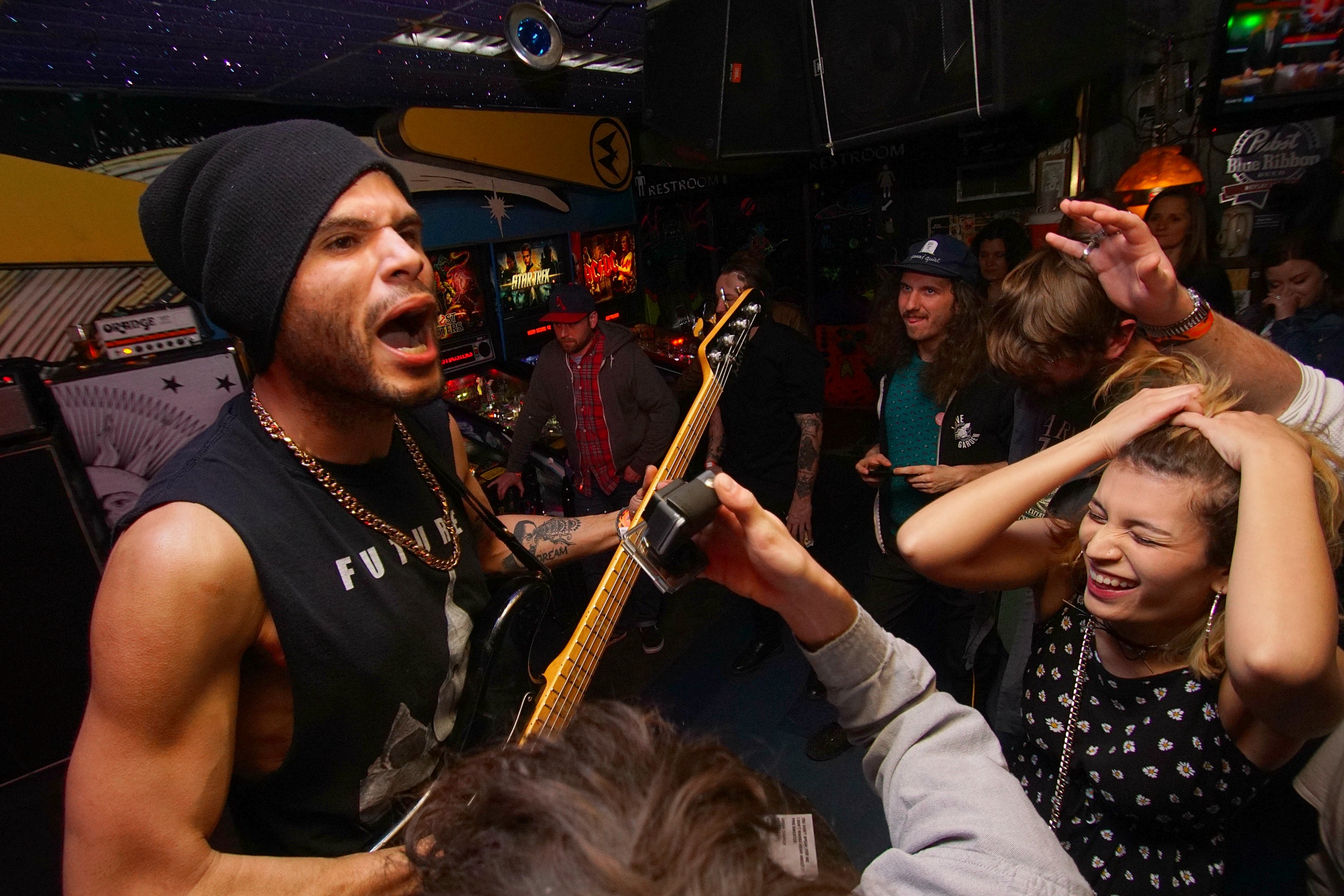 It was one of those nights where the smell of leather jackets, soaked with late winter humidity, filled the air. There was enough hair grease to oil door hinges on every rickety house in East Lawrence. This was an evening full of all the charm that comes with a classic Replay punk show.

The night celebrated Macemouth’s new release. The boys in the two-piece garage outfit were 50 shades of SASSY on this night. They simultaneously scolded their fans while getting them worked up for the band’s special brand of party trash rock. In continuance with their music video, released early last week, they dove head-first into their newly developed “trash” personas. They were very much the nasty versions of Wayne and Garth– but their energy was so high and infectious, their feet almost never touched the ground.

They were joined by The Sluts, who opened up the show with a hoard of new music. We’re told a new EP will be coming soon from the duo, and we could see it by the Spring.

Red Kate, Kansas City’s most politically charged band, also joined the bill. Everything about Red Kate is just so menacing. Nevermind that the frontman is terrifyingly statuesque, it’s the meaning behind their music that intimidates. The first words out of of the frontman’s mouth set the tone for anger. “You don’t speak for me!” he roared, grabbing everyone’s attention. Take note: when the political revolution is in full swing, Red Kate is the band that will provide the soundtrack. “I Don’t Want To Hear About It” will likely be the song playing in your head while you’re crushing Nazi skulls.

Keef Mountain, the third two-piece of the night, rounded out the event. These two make metal look easy, just effortless. They’re like the two-piece version of Gnarly Davidson, but with twice the volume and way more chill. Even throwing up the rock horns was done in an nonchalant manner. Beyond their noise level, Keef Mountain is an excellent dose of metal and was definitely a headbanger’s delight. What Macemouth had done to get everyone worked into a frenzy, Keef Mountain had countered by bringing them back down to Earth before the bars released them into the night.