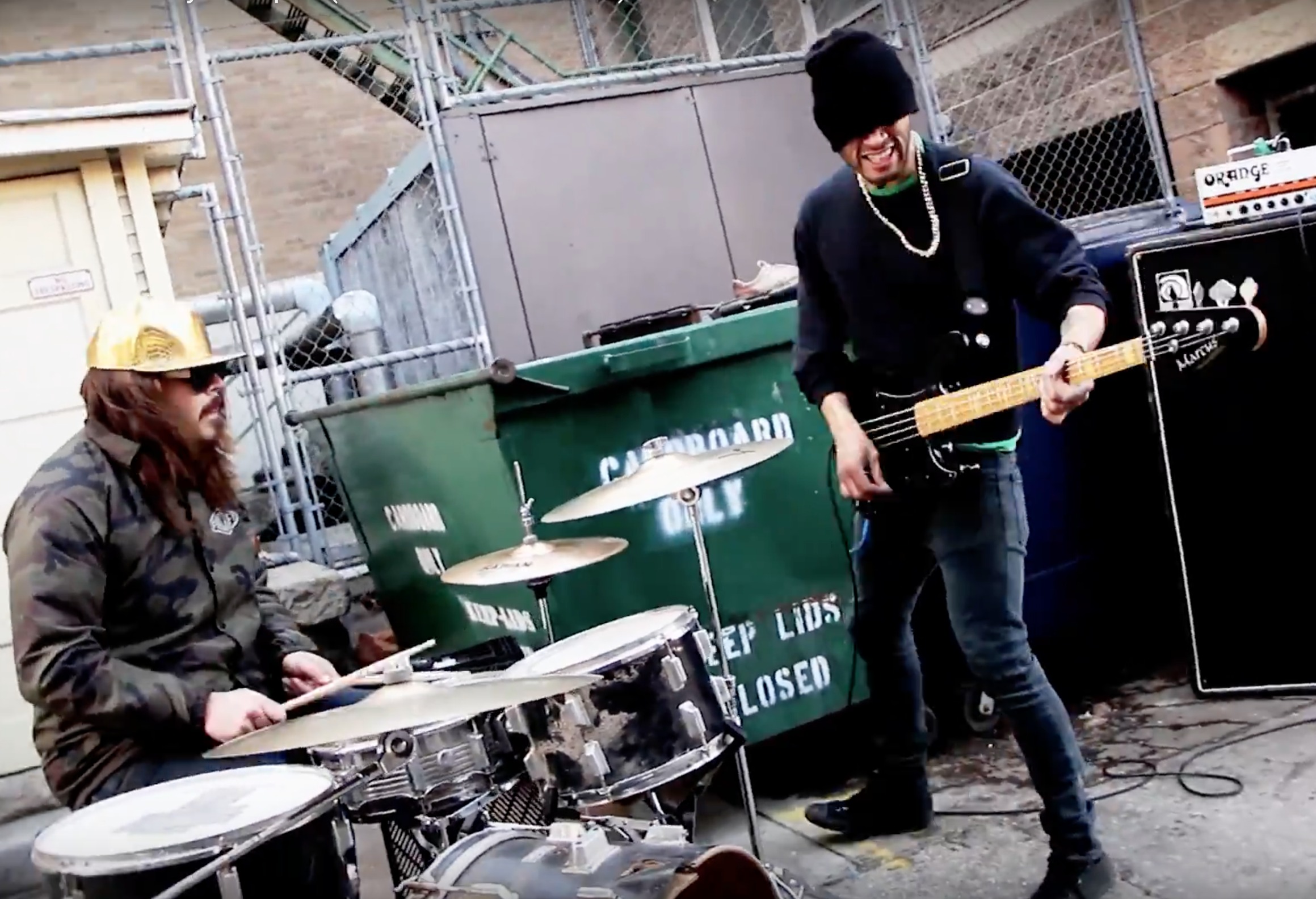 In the Lawrence music scene, Josh Hartranft and Mitch Hewlett are the Kings of Trash. The duo comprise Macemouth, one of Lawrence’s rowdiest and nastiest acts. The band has dubbed itself “partydeathrock,” as well as “dirty nasty bucket trash,” and insists on staying away from all things conventional (including music labels).

In anticipation of their release party at the Replay this weekend (where all the lawless bands live), they’ve released a new music video solidifying themselves as the trashiest act in Lawrence. The video for “Fuzzy Bumpin’” reads like a Stefon sketch on SNL. Set between two dumpsters in a random alley, the video feels like what happens when “Bio-dome” meets Limp Bizkit and features everything hip in a foul-mouthed musician’s mind (booze, cocaine, and drug-binging attitude). Somewhere in there, they start trashing their own drum set in a “cocaine”-fueled rage.

Despite their “dirty nasty” persona, Macemouth is one of the more exciting and thrilling bands to watch in Lawrence. On Saturday, they’ll share the stage with Keef Mountain, politically-aggravated Red Kate, and a band that’s no stranger to nasty ballads, The Sluts. If we’re lucky, Macemouth will show up smelling like the dumpster behind La Parilla (the stinkiest one of them all!). In the meantime, here’s the new video for “Fuzzy Bumpin’,” debuting on I Heart Local Music.