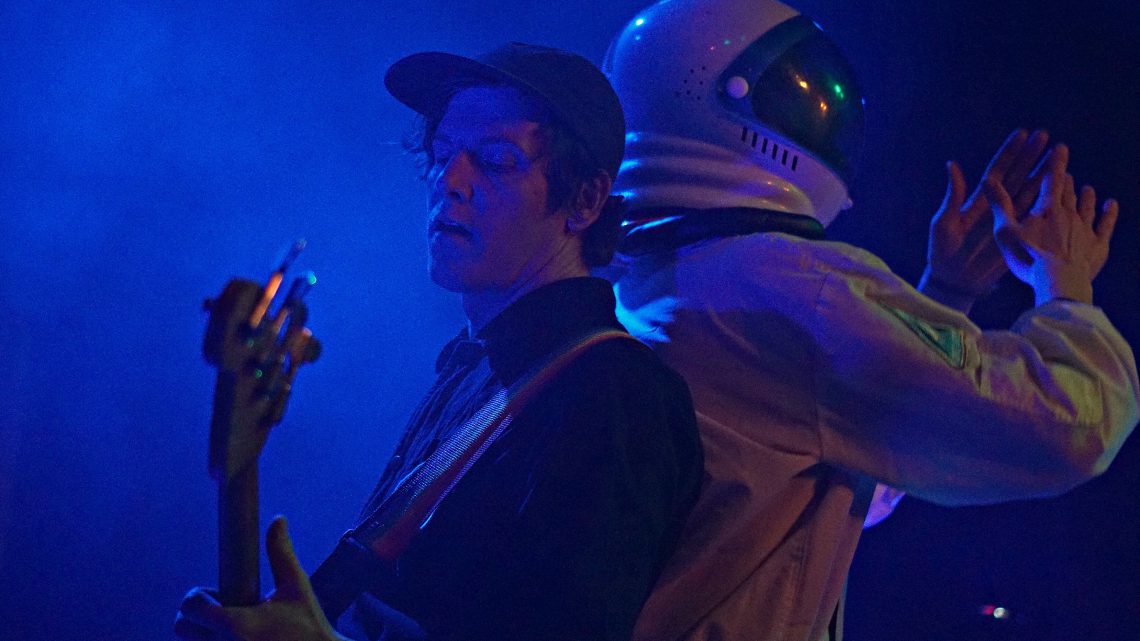 Prancing astronauts, lasers, and confetti. This is the new STRFKR.

Years ago, the band was known for drawing audiences of men donning dresses. While the frontman was still donning a dress on this night, there were far more costumes onstage than in the very packed audience. STRFKR is the new party band for the youngins (judging by the X’s on their hands, we suspect much of the fans present that night were in their teens). While astronaut costume-clad dancers pranced around onstage, the audience boogied and basked in the neon lights shooting out into the audience.

Psychic Twin opened up the night, and they were a far cry from when we covered them at SXSW years ago. We previously saw Erin Fein with a full band, but now she has added one more member to comprise just a duo (really solidifying the “twin” persona). The “psychic” attribute of her act came with some help from her ethereal synth skills and far-out space goddess attire, as well as a sincere homage to 80’s synth pop.