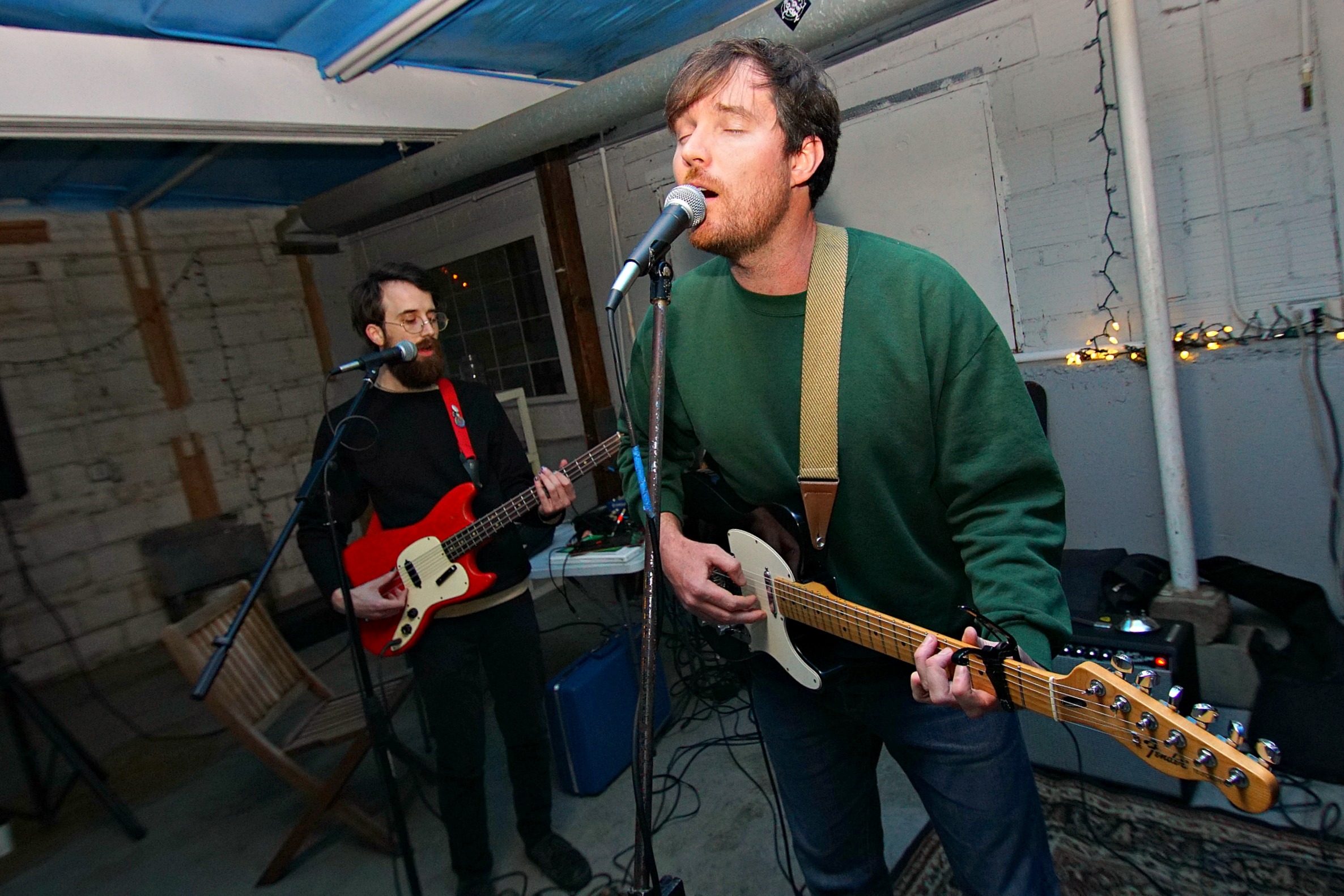 A longtime member of both the label and the scene, Sauder has been making beautiful music for a number of years here in Lawrence (you may recognize him from Karma Vision). This week he (finally) released an album of solo work, although he was hardly alone. During his set at Decade Coffee’s little music shack out back over the weekend, he gave nods to songwriters who contributed to the set (including Carey Scott, a secret songwriter who works heavily behind the scenes with Whatever Forever artists). To his right, CS Luxem. To his left, the Hall to his Oates, his brother Ben Sauder (of No Magic). Backing him up on percussion, Mark Osman (who appears in just about every Whatever Forever project around).

With Bobby Sauder’s solo work, you get a little of everything. On one song, he’s an indie singer-songwriter. The next, he’s telling an old folk tale. But through the beautiful songs, it’s the harmonies that are absolutely to die for (a Bobby Sauder specialty).

Here’s a snippet of him performing solo, as well as a clip of him with the whole band…. though you should really give the entire album (at the bottom of the article) a listen.