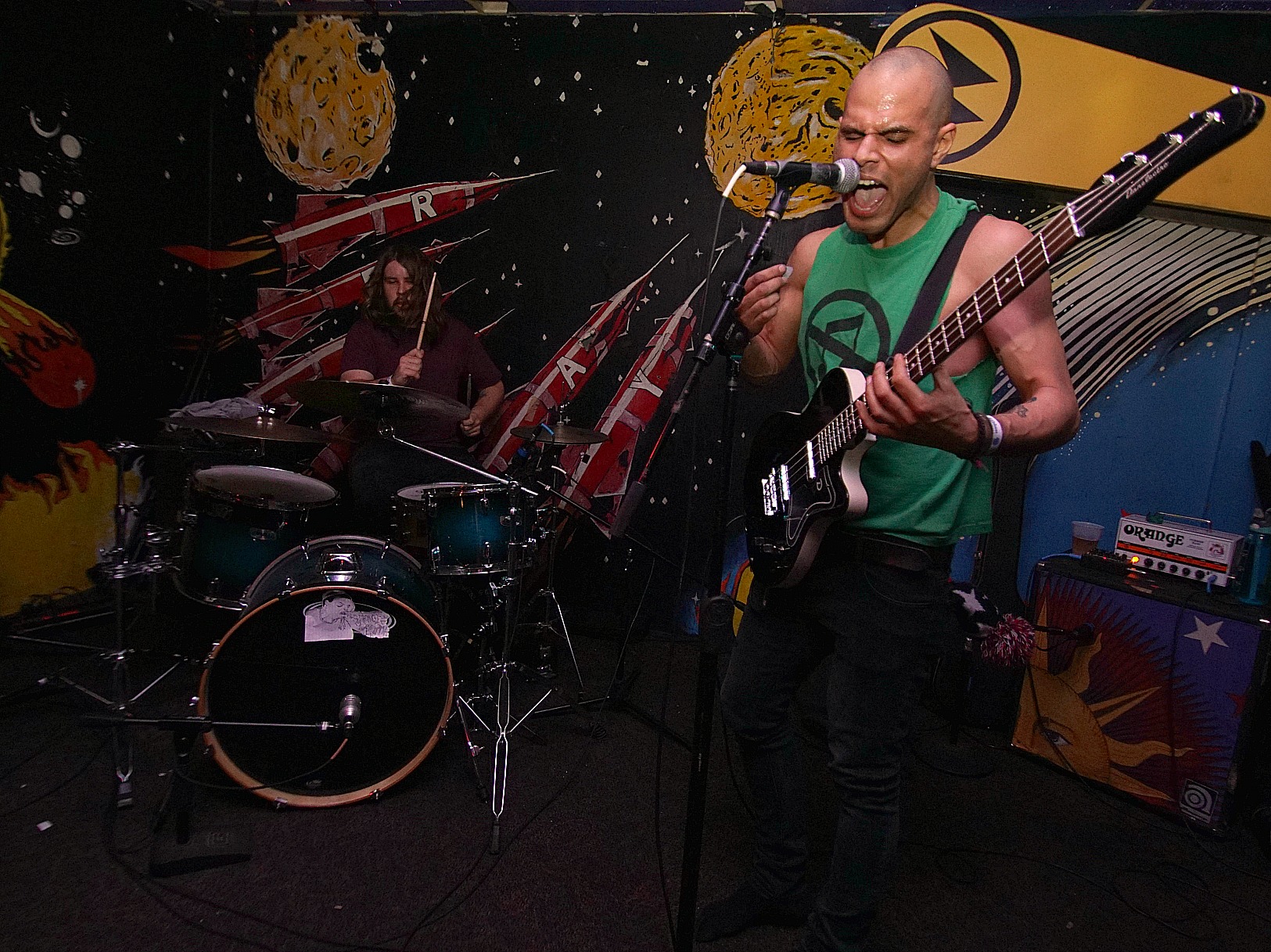 Everybody’s favorite rough-housing rockers are finally releasing some recorded music, and they’re starting with the track that made us fall in love with them in the first place.

Macemouth, comprised of the rowdy half of Westerners, just released “Fuzzy Bumpin’.” It was the first song they played at their first live show earlier this year from the self-described “party death rock” band, and it’s a throwback to all the music fans who used to throw down in the late 90’s. The track starts off with a hectic drum progression via Mitch Hewlett (normally the angel-voiced frontman from Westerners). With Macemouth, Westerners bassist Josh Hartranft takes the lead and rages on the mic.

The rest of the album is coming soon, but you can see Macemouth in their entirety this weekend when they play Duo Night at the Replay with The Sluts, Pale Tongue, Arc Flash, and Laissez-Faire.

Next post Arc Flash gearing up for big record release

Previous Article Party Crashers: Drugs and Attics continue to stand out in Lawrence