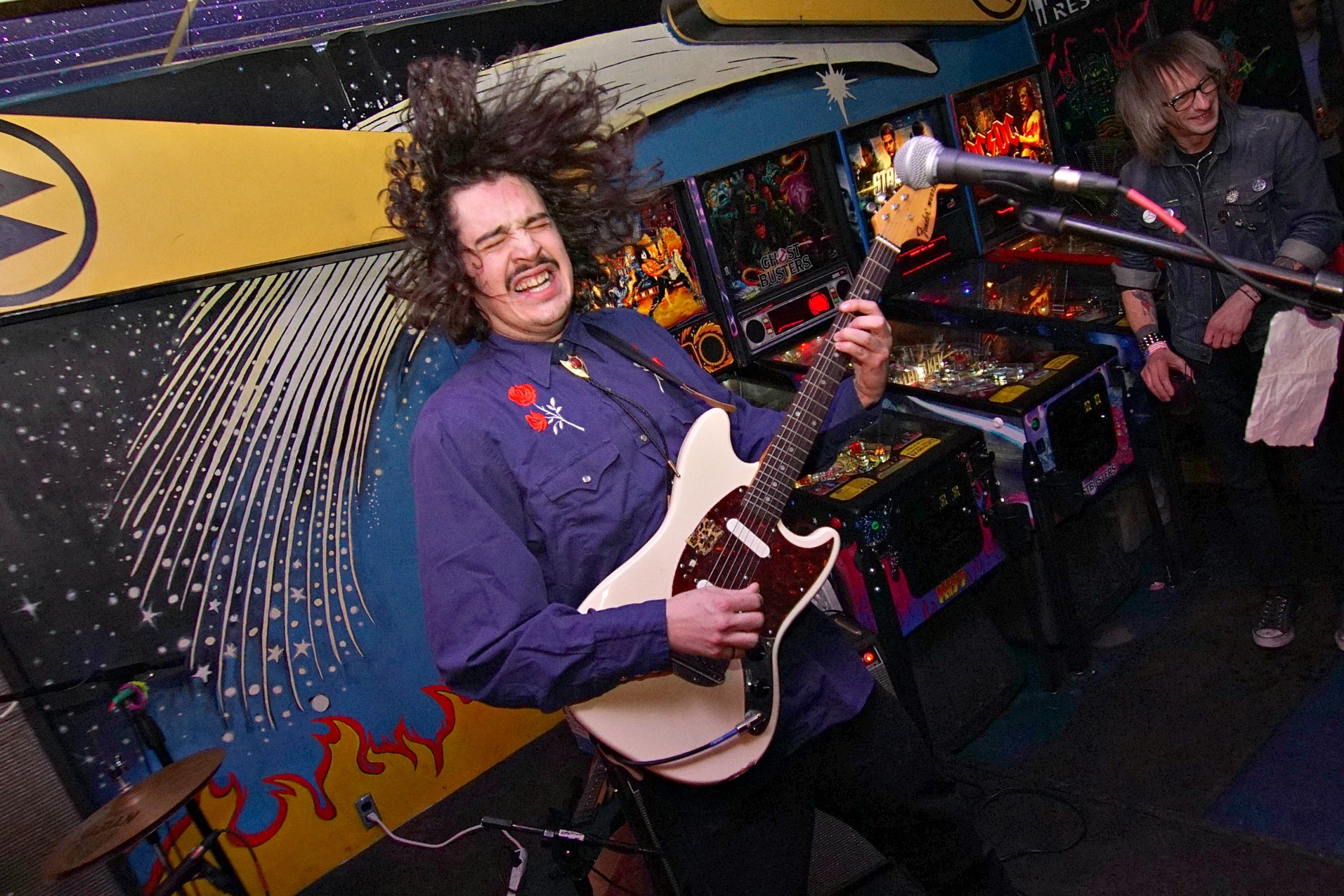 If you like to party, and want to forever be in the presence of party animals, you go to a Drugs and Attics show.

We’ve brought this up before. They’re the ultimate party animals. But currently, they’re putting a lot of effort into their Lawrence shows, playing regularly and consistently. The boys party so hard, they’d put Slurms Mackenzie to shame.

The band sounds like they should be on Burger Records. It really astounds us how they’re not, considering the rowdy punk and garage sound they sport. The frontman sounds very much like Shannon and the Clams’ Cody Blanchard. Speaking of which, here’s a photo of Drugs and Attics’ frontman hanging from the ceiling and crowd surfing at a recent local Shannon and the Clams set (we told you they partied hard).

Songs about drugs and partying tend to always and at the same time never go out of style, but Drugs and Attics make the party worth staying up for. Where did they even come from? Nobody knows. They just one day showed up and crashed the party. They may as well have descended form an alien party bus, their style is that unworldly.

You actually get style and substance from these guys— and though their crowds are still growing, Drugs and Attics will likely be the it party band of 2017. I mean, come on. Literally every song is about a party. Andrew W.K. would be proud (they’re probably his illegitimate kids anyway).