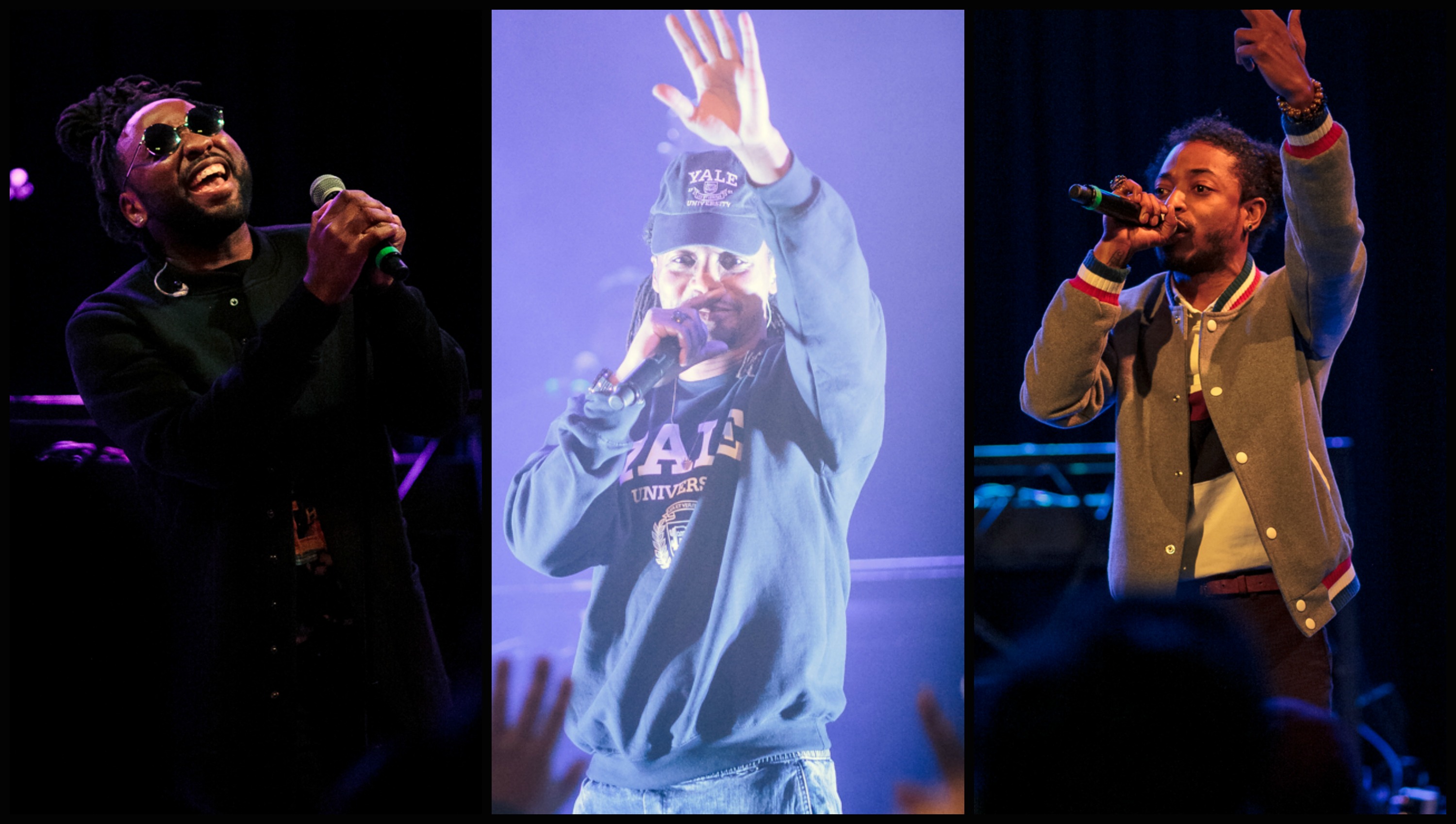 Saturday night, the Granada Theater played host to one of the best hip-hop shows to come through Lawrence this year when Lupe Fiasco rolled through.

Preceded on stage by the immensely talented (and local) artist Lyric Reddick, Chicago R&B crooner RXMN (pronounced Roman,) and Chi-Town rapper The Boy Illinois, Lupe Fiasco’s stop in Lawrence was so full of energy it was practically bursting at the seams. In a town flush with incredible talent, putting on such a noteworthy tour stop is no small feat.

Directly opening for the main act of the evening was Chicago’s The Boy Illinois who, it should be pointed out, most definitely earned his time and his spot before the master Fiasco. With a clean, spitfire style that rides skillfully over his R&B foundation, and a command of the audience mirroring that of Fiasco’s own personable, straight talk approach to working the crowd, I can only imagine (and hope) that we’ll be seeing The Boy Illinois on the marquee soon enough.

While the opening acts never neared the one hour mark with their sets, Lupe Fiasco expertly entertained the near capacity crowd for almost two hours. His song choices ran the gamut of his discography and even included a section for audience requests. To which, as a young artist with five official releases that span more than ten years, not only is there a lot of material to choose from, but Fiasco and his DJ pulled off every request without a hitch. Almost as if they had released the songs only yesterday.

An entertainer’s entertainer,  Lupe Fiasco pulled off some of the best crowd participation schemes I’ve ever witnessed. At one point managing to quite literally split the crowd, leaving a three to four foot-wide space between the two halves which he then commanded separately, all the while the line of empty space remained until his instruction to close it. Unbelievable as it may sound, he even managed to convince everyone in the crowd to keep their cell phones down for the duration of his set.

Lupe’s got chops. Lupe’s got hits. And Lupe can make the crowd putty in his hands.