Party Animals: Drugs and Attics bring the party to Lawrence

Party Animals: Drugs and Attics bring the party to Lawrence 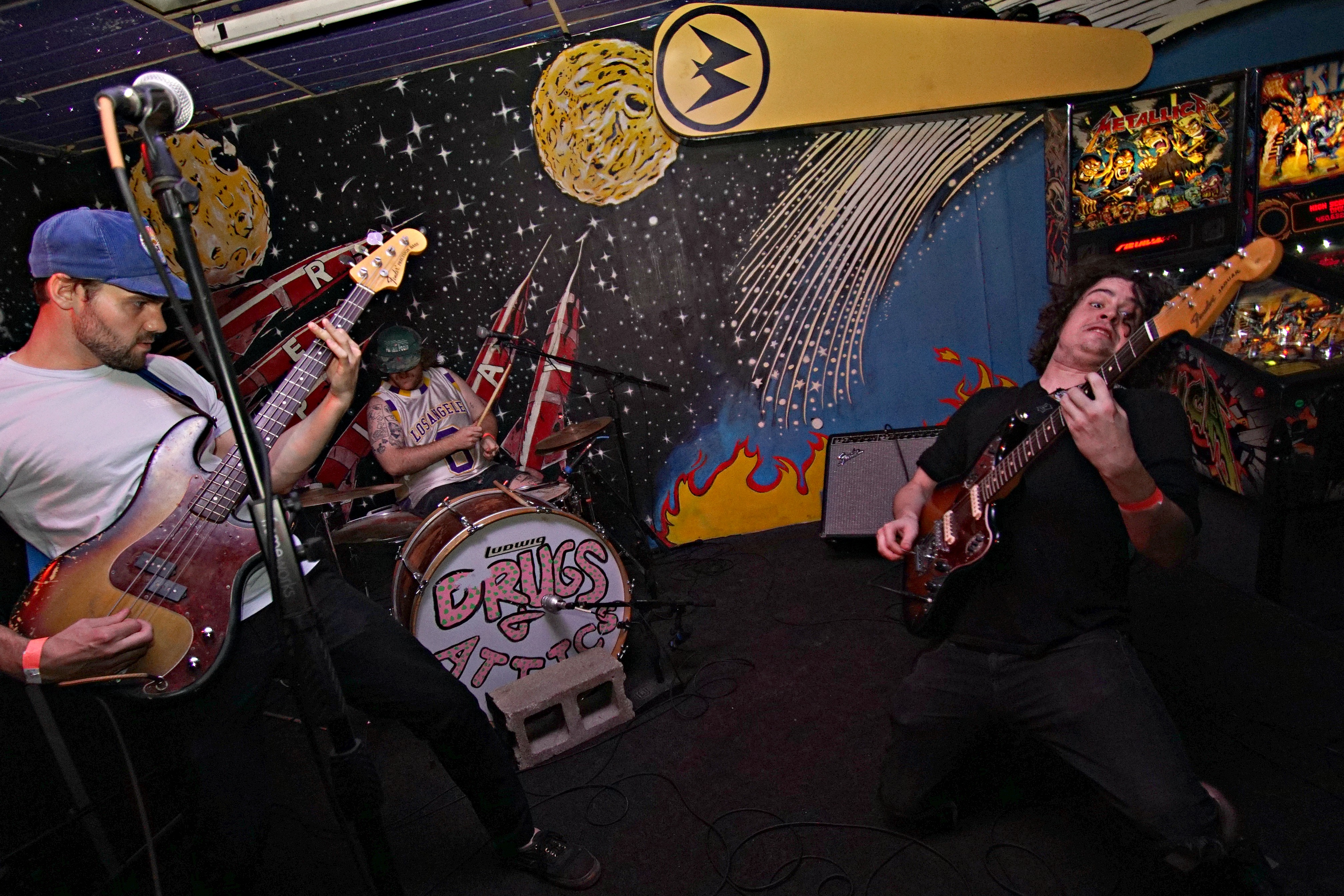 Right now, there is no Kansas City-area band more deserving to be on Burger Records than Drugs and Attics. The guys make party music that would fit right in with the label’s vibe– and with lines like “I like to party, you like to party,” “Dad showed up to the party,” and “The party’s over,” something tells me partying is their area of expertise.

Drugs and Attics sound like a cross between Shannon and the Clams and Nobunny– and if Beavis and Butthead were to throw a party today, this is what would be on the stereo. With songs clocking in well under two-minutes, they’re easily digestible. These are sprints, not a marathon, and the destination is a ruckus-rousing party. It feels like within the year, this will be the band everybody gets wild with. This will be the show where people will thrash, hurt themselves, and just enjoy some plain old Tom-Foolery. But for now, they’re producing well-crafted tracks while they conjure up all sorts of mischief.

Five Questions with Buzz Osborne of The Melvins