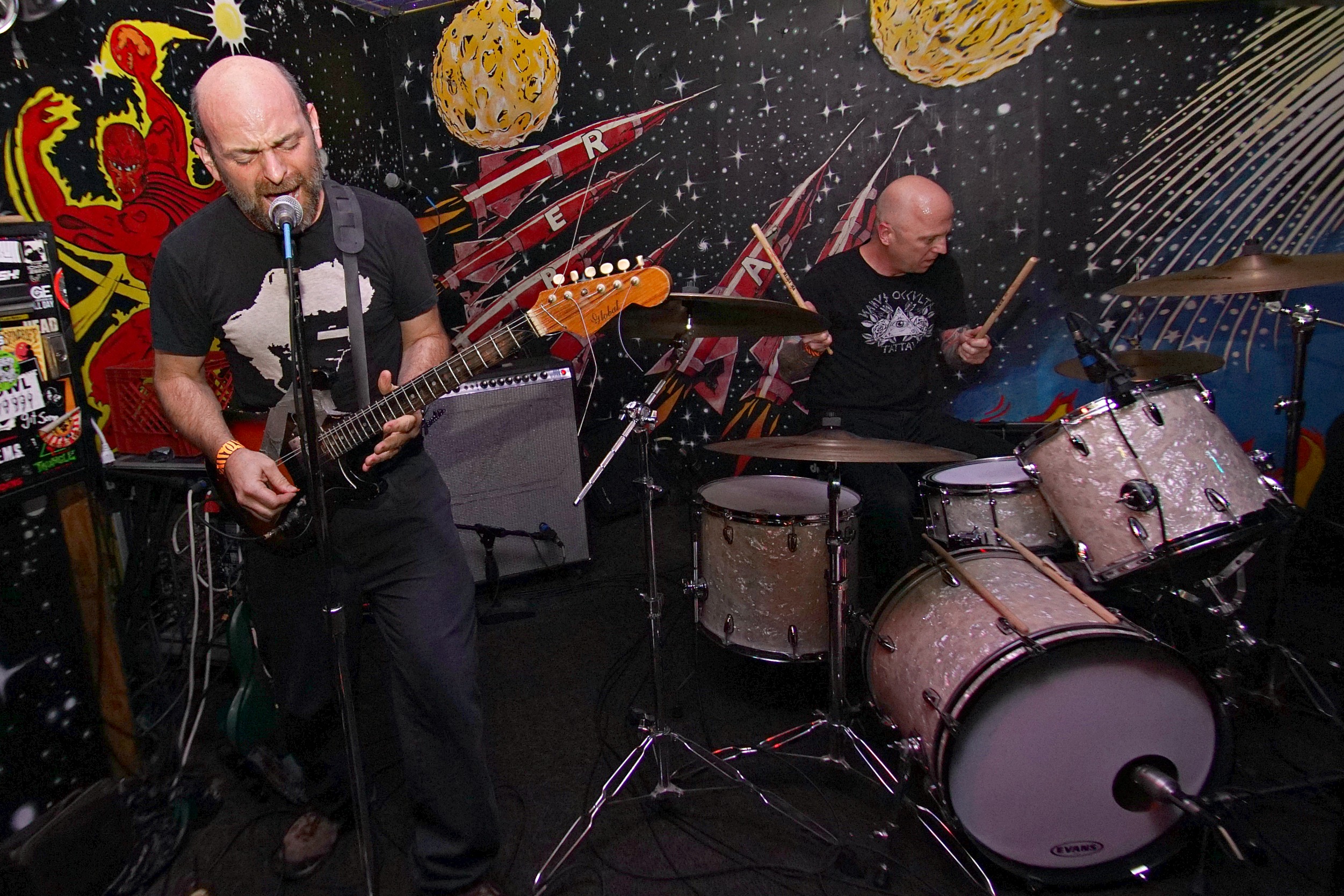 Two of the most badass musicians we’ve ever covered (and one very badass drummer) blessed us all when they came together to reunite an old favorite amongst the locals. 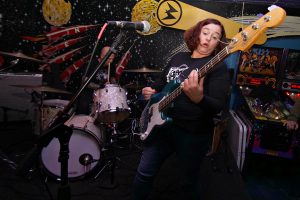 Heather Lofflin (of Vedettes) and Craig Comstock (of This Is My Condition) fronted this ear-splitting event as Black Calvin, a band that made regular rounds in the 90’s. We really didn’t think there was a way for Craig or Heather to get louder than what we’ve already heard from their current acts, but they (of course) proved us wrong).

Comstock, master of guitar manipulation, switched between bass and guitar (there was literally a pile of guitars laying on top of each other to the side) in between his screams at the mic. Both took turns at the mic for heart-racing numbers and booming vocals. With some songs, it’s almost as though they were speed demons, constantly racing against each other on the frets (Don’t worry, kids, you’re both maniacs).

Black Calvin turns it up to 11 and makes modern rockers look dainty and fragile. This should have been expected, considering the hardcore styles of the musicians involved. You won’t find a more vehement trio of musicians. But with a drummer that lives on the West Coast, this may have been a one-time event.