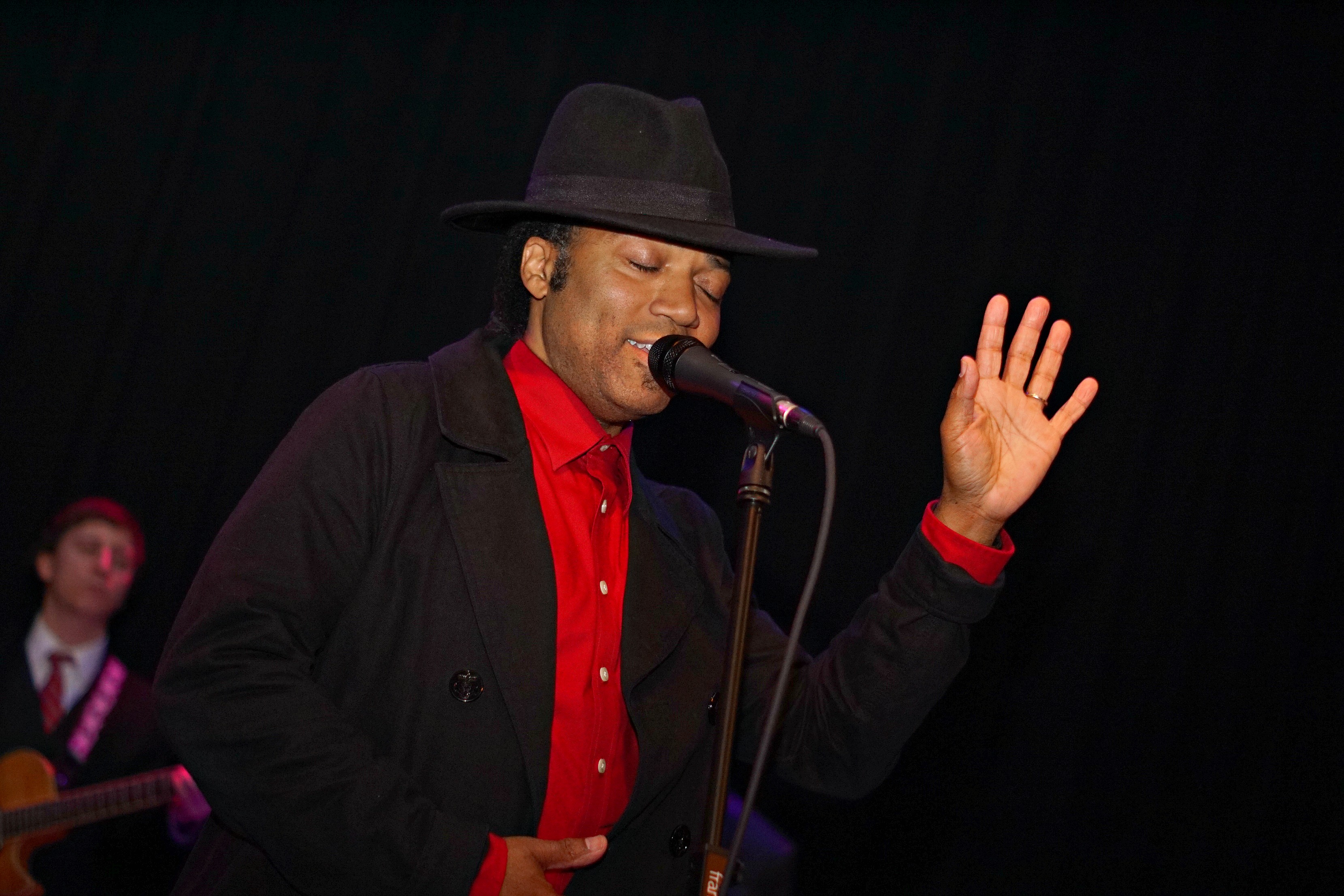 By the time we walked into the Granada Saturday night, everyone was dancing. That’s what happens when some of the best musicians in the scene come together in a 10-piece+ band to commemorate one of the most celebrated musicians of their time.

The Curtis Mayfield Tribute was a good and long event, beginning with roughly two hours of various songs, followed by a performance of the “Super Fly” soundtrack after the intermission. Longtime Lawrence musician Dave Shelton organized the tribute, and Joe Sears provided his smooth-as-hell vocal stylings. This guy didn’t even break a sweat, and he was enchanting to watch. Just a simple lift of his arm or wave of his hand drove everyone nuts. His slow struts across the stage were backed by a zealous horn section and lively percussionists. This was a night for celebrating, reflecting, and dancing.