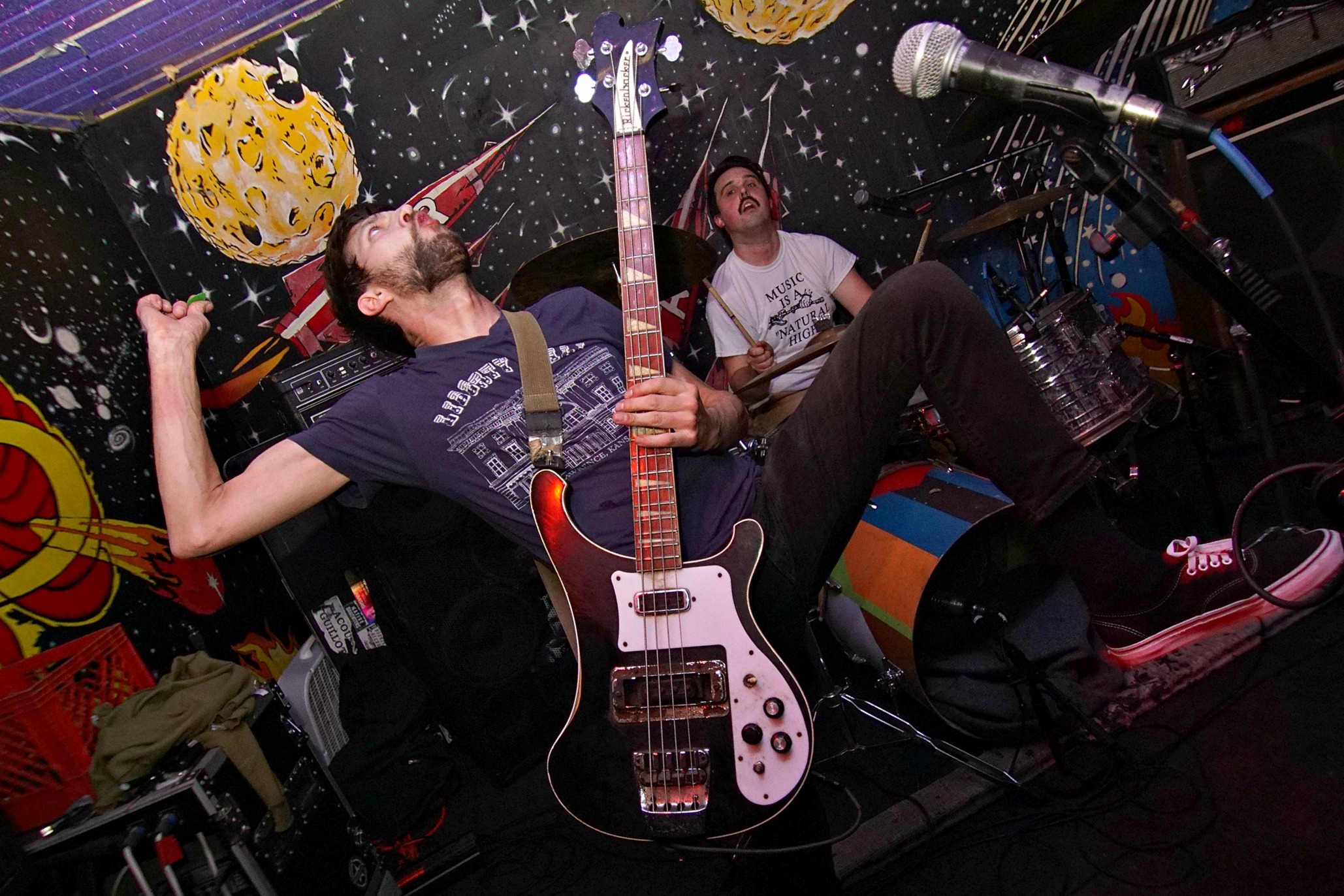 In case you were wondering, Gnarly Davidson is still a blessing to the Lawrence rock scene.

The seasoned and salty rockers celebrated a 7” release on Replay Records with a vigorous performance at the venue on Friday. Replay Records has been sporting a steady stream of releases from hellraisers in Lawrence, and Gnarly Davidson happily solidified their place in those ranks. The band’s tough-as-nails reputation meant fans came ready to throw down with them. Even when the fans got a little overzealous, the band held their ground. At one point a fan (accidentally) slammed the mic into the guitarist’s face while he was singing. He didn’t flinch. And the always-flailing bassist seemed to never have both of his feet on the ground at once, thanks to a never-ending stream of high kicks. The only time his feet were planted, he was piercing his bass high into the air like a sword, leading the fans into battle. Their battle cry? “Hot shit!”

They were joined by two bands who contrasted greatly in their sound from the headliner (Austin’s Summer Salt and Lawrence’s own Maybe Not finally making a return to the stage), but were still breezy and appealing to an increasingly excited audience.