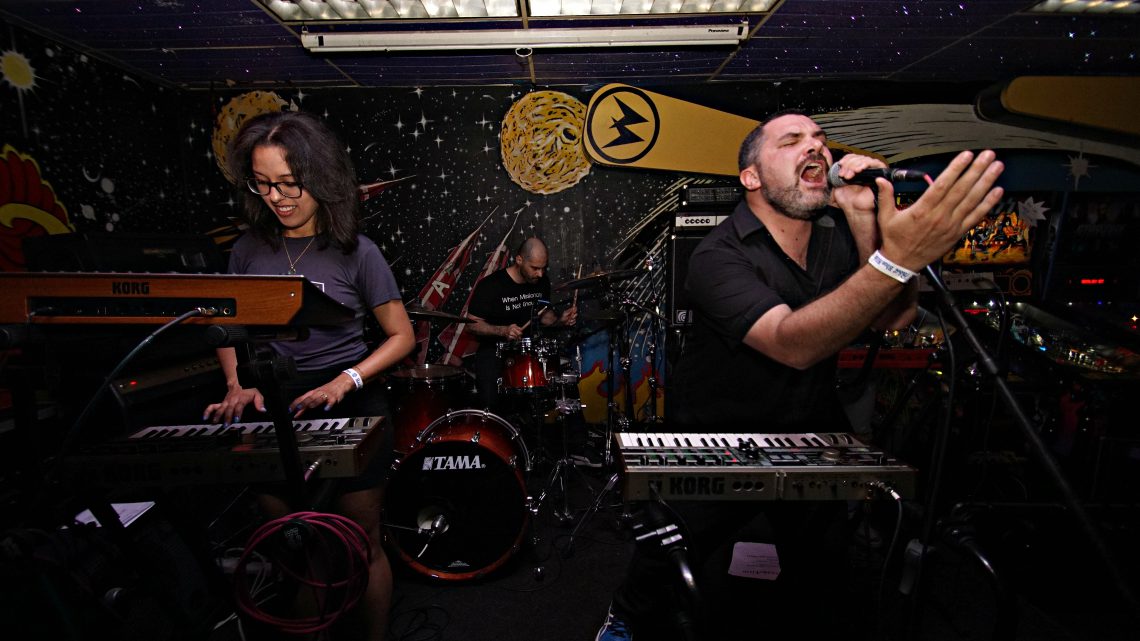 If you head to the Lawrence Arts Center this weekend for their production of “Frankenstein,” you may hear a familiar local band. Ric Averill’s adaptation of the classic will call upon Lawrence’s synthiest act, UltraVivid, for music.

It makes sense to utilize UltraVivid for the music behind the spooky performance. The band has been known for hypnotic beats and wailing vocals with every moody performance. The band’s frontman, Mike Quillin, will be on hand doing some live music and soundscapes for the play. “The original script by Ric Averill called for edgy techno music,” he says. “Fans can expect a dark and extremely well-acted performance, with some moody synth music in the vane of ‘Stranger Things’ or classic horror genres.”

“Frankenstein” runs this weekend and next weekend at the Lawrence Arts Center. You can see show times below. Here’s a sample of what you can expect to hear: