Lucas Parker is the James Brown of guitar 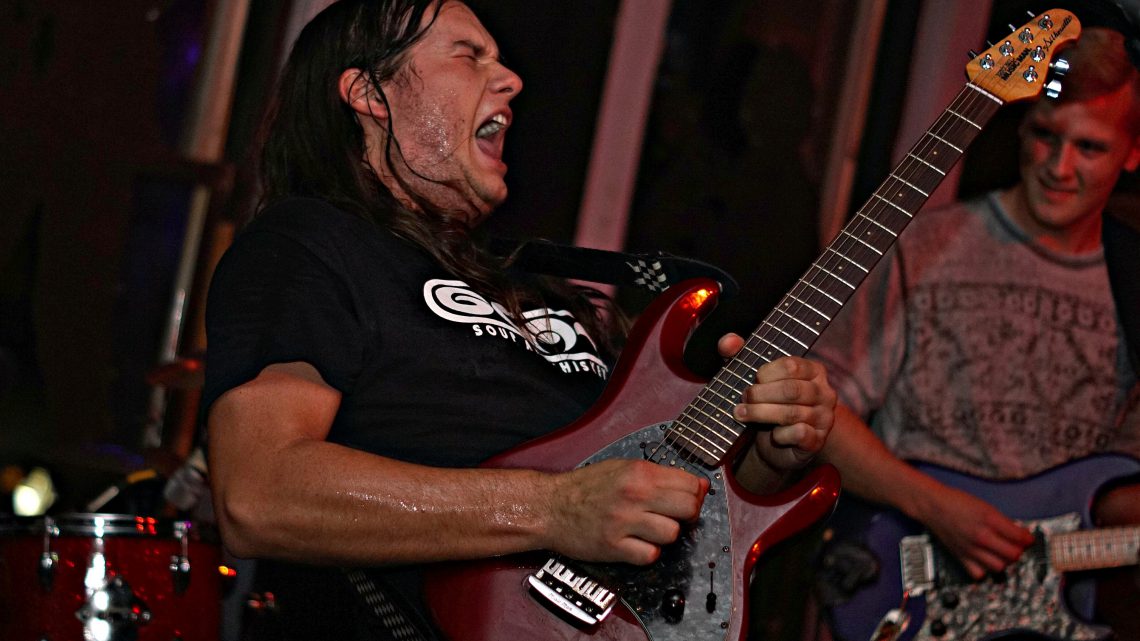 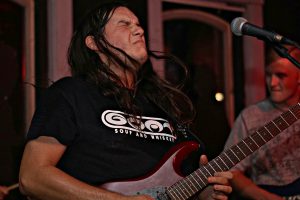 We’ve spent a lot of years putting local bands and musicians under the microscope— and we can say, without a doubt, that Lucas Parker is one of the best (if not the best) guitarists in town.

The maestro hit up the Jazzhaus Friday evening with his full band— and of all the venues we visited that night, this was the liveliest of the lot. Parker can take something as convoluted as jazz (and as off-putting as jam bands) and turn it into something that is not only easily digestible, but fun. With his fingers constantly flying across his fret (seriously, they never stop), he explores rhythms only a madman would. 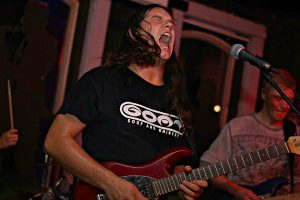 Don’t let his Jazzhaus set throw you off, we’ve seen him master all sorts of genres. This includes metal, folk, and even Afro-Funk (he’s the guitarist for Hearts of Darkness). Parker keeps busy with a wide range of musical activities, so it’s hard to miss him. Between the exhausting performance and the wild facial expressions, he’s pretty much the James Brown of guitar. Funk is where he’s most comfortable, but he can do so much more.

Musicians here tend to scoff at jam bands (we have to admit, it’s not always our cup of tea either). But if any musician starts to turn up their nose, just remember that Parker has a huge following in Lawrence, which results in a draw any musician would kill for.

Previous Article Watch: Molly Gene One Whoaman Band tears it up in Lawrence