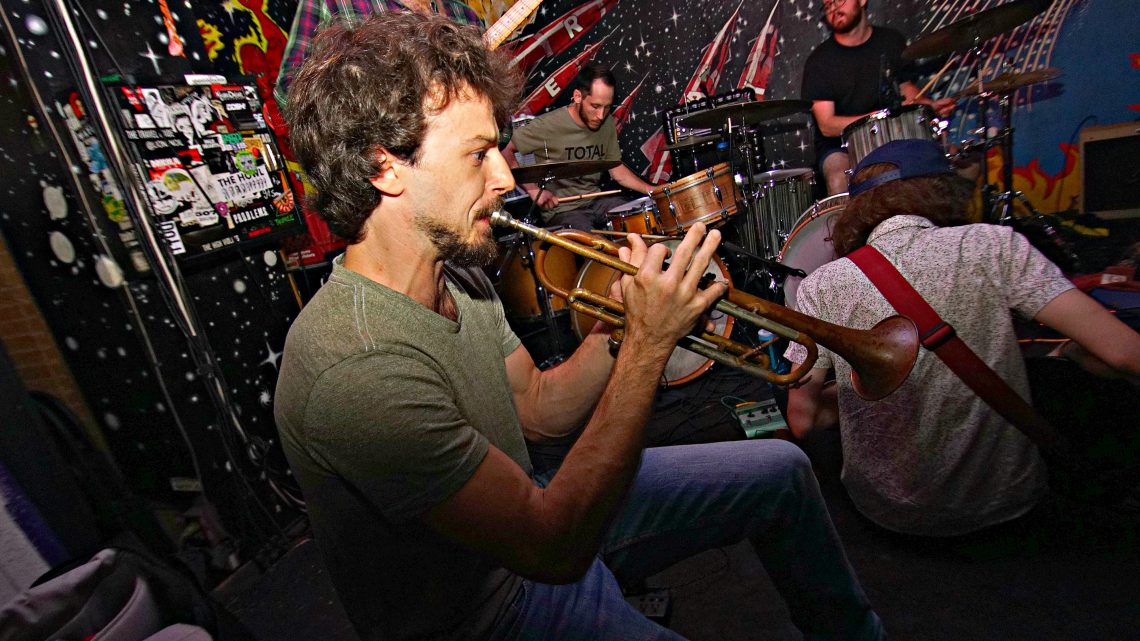 On Thursday night, nearly ever noise maker in the local psych rock scene came together on a whim and created a black hole centered at the Replay.

For some reason we’re not aware of, members of Psychic Heat, Arc Flash, CS Luxem, No Cave, and more gathered to create a temporary supergroup. They went by the name Gravity Ghost (which formerly had been a side project between Arc Flash’s James Thomblison and No Cave’s Ross Williams), and Lord knows who else was actually in this band. There were so many members onstage, we couldn’t quite keep track of everything that was going on (that tends to happen when two entire drum kits are set up onstage). They even had a trumpet player posted up off the side, due to the lack of room. They had enough pedals to feed every starving musician in Northeast Kansas, and enough ambience in their intro to cure insomnia.

Since their set was basically one long song sporting the most noticeable styles from every act represented, you can watch a couple of clips of what they sounded like below.

Will they play again? We’re not entirely sure. Maybe someday when they all reform in the Bermuda Triangle and a spell is cast. But for now, the members of Gravity Ghost have returned to their respective bands, scattered across the scene like some sort of indie psych rock Horcrux.

Next post Lawrence rockers honor the life of longtime musician