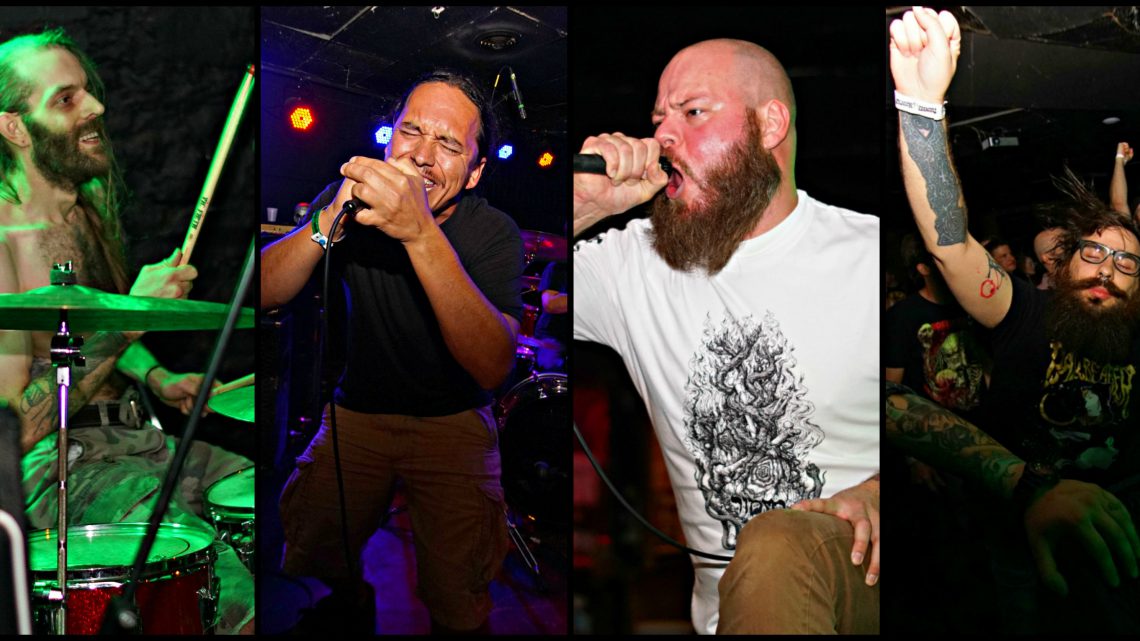 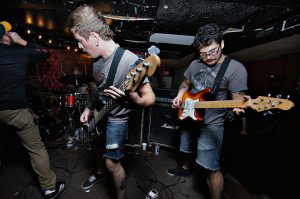 If you’ve ever wondered what the rock and roll version of a 21-gun salute was like, we think it looked like the scene at the Bottleneck on Saturday night. That’s where rockers far and wide gathered to honor the life of Juan Carlos Tovar-Ballagh. The scene knew him as Jay, the celebrated chef, longtime musician, and more recently the bassist for Amenaza.

In November of last year, Jay suddenly passed away. It was a dark time for his band, countless musicians, and scenesters. But the next month, they started planning one heck of a tribute. It came to fruition on Saturday as several Lawrence bands associated with the rocker, including Truth Cell, came together for his memorial show.

Truth Cell was Jay’s first band– and believe it or not, he joined forces with them at the young age of 14. The band, who hadn’t played for 16 years but reunited for this show, recalled him fondly and told tales of meeting the young music fan. They were so impressed with his love for music, he was initiated right away. 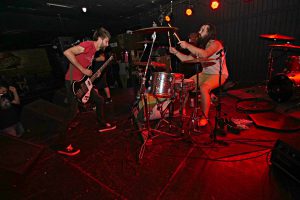 I imagine that the months following Jay’s death were difficult for many of these bands, especially drummers who used to look up from their kit and see him right there in front of them. Performing without him in their line of sight must have felt pretty lonely, but that loneliness disappeared as all of his musical peers came together not only to listen to the bands on the lineup, but perform alongside each other.

These are the folks who played with him, worked with him, and rocked with him. He was honored with sets from Way Back When, One Jack Short, Melting Point of Bronze, Gnarly Davidson, Young Bull, and Truth Cell. By the time Truth Cell went on, there was an incredible fire in the air. The place absolutely came alive— and, in his honor, the rock horns were thrown up into the air, where they stayed until the very end. 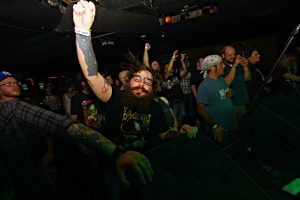 We thought the night would get fairly emotional, but what we saw instead was a celebrated love for music. The mood was high, and everyone rocked their hardest. The only real delicate emotion came when Truth Cell spoke of Jay and what he was like from a young age. One of the musicians in the band put his feelings into words everyone could agree with when, just before his voice broke, when he said “There was amazing magic, power in that little fucker.”

Here’s a clip of how they sent him off (a photo gallery of the show can be seen after the clip):