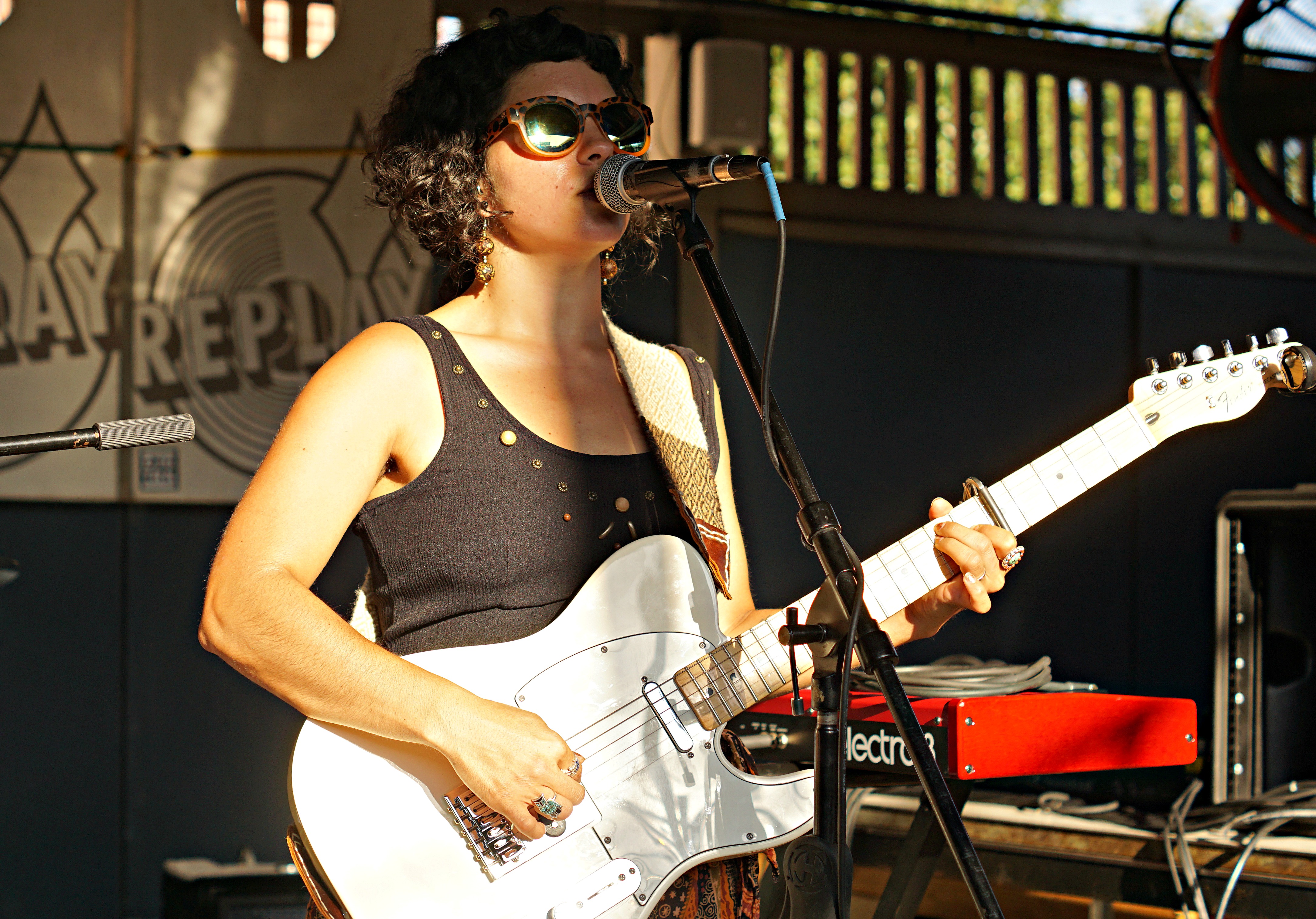 Facebook0Tweet0LinkedIn0Pin0
Monica George is a woman of many talents.

The singer-songwriter is normally a member of The Ovaries-eez, but is starting to branch out with a solo act. On Friday evening, in the midst of the hustle of Final Fridays, she played a delightful early patio set at the Replay. The musician is of Middle Eastern heritage (as are a handful of other local music scenesters) and started off the set with a song in Arabic. She performed with nothing more than a guitar in her hand and an accordion at her side, and eventually invited the rest of The Ovaries-eez up for a performance.

There is something so inherently soothing about her songs. She covered Beirut during the set, and it was easy to see where her influences came from. There will always be something likeable and reliable in her steady rhythms– and although this was her only her second show as a solo artist, we’ll likely see more of her this year.

You can watch the video of the song below: