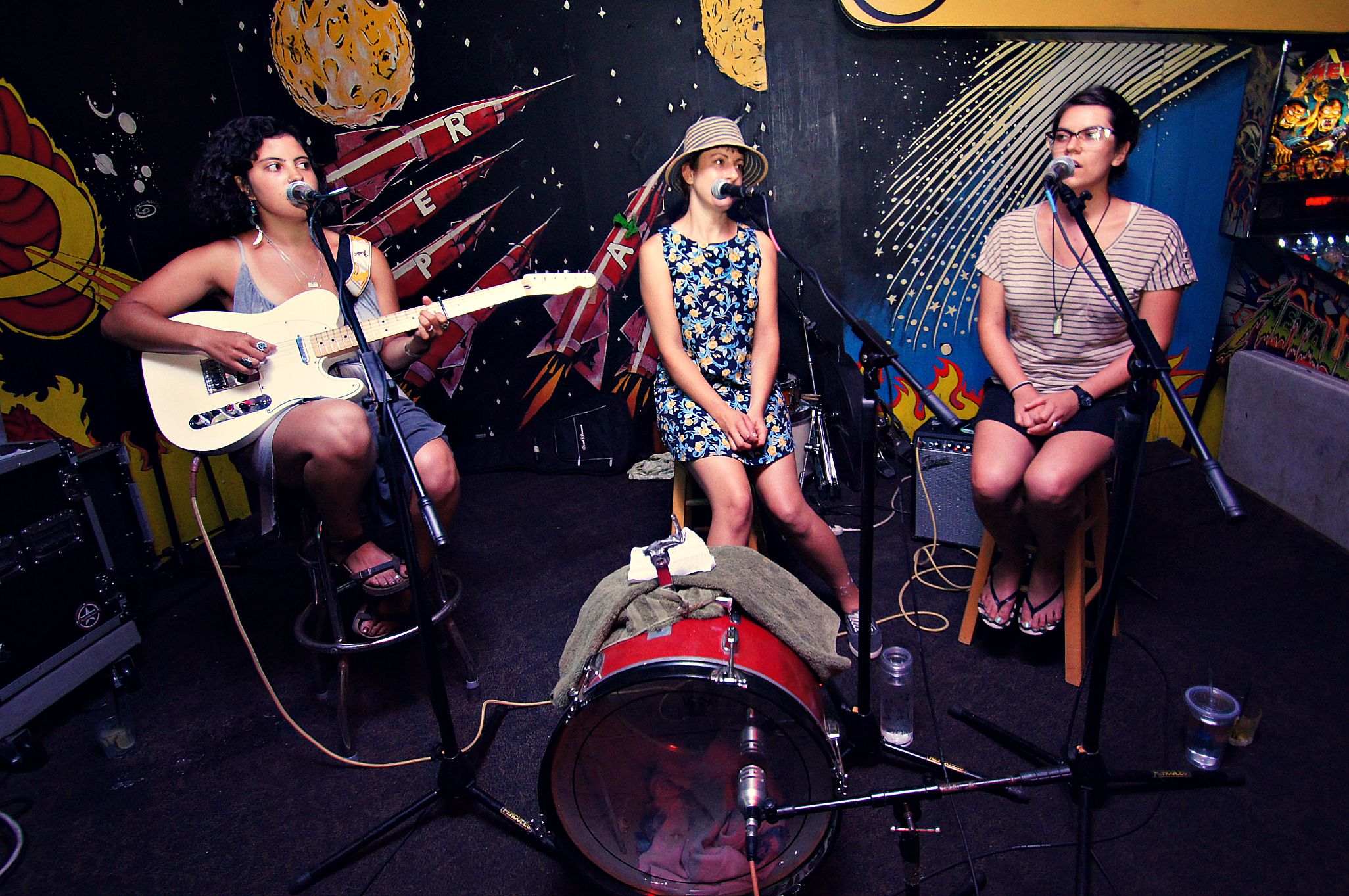 The Ovaries-eez is a three-person band that began in 2012. Founding members, Amber Hansen and Johni Lacore were joined by Monica George in 2013. Since then, they have gone on to write and perform original songs and harmonies, accompanied by electric guitar. Each member shares in the music writing and performance process. Nicholas Ward, a local poet from Lawrence, Kansas wrote the lyrics for several of the songs on their debut full length album “I Saw You in My Dream”. The Ovaries-eez music spans a variety of topics from a female perspective including humans’ relationship with the land, plants and animals.