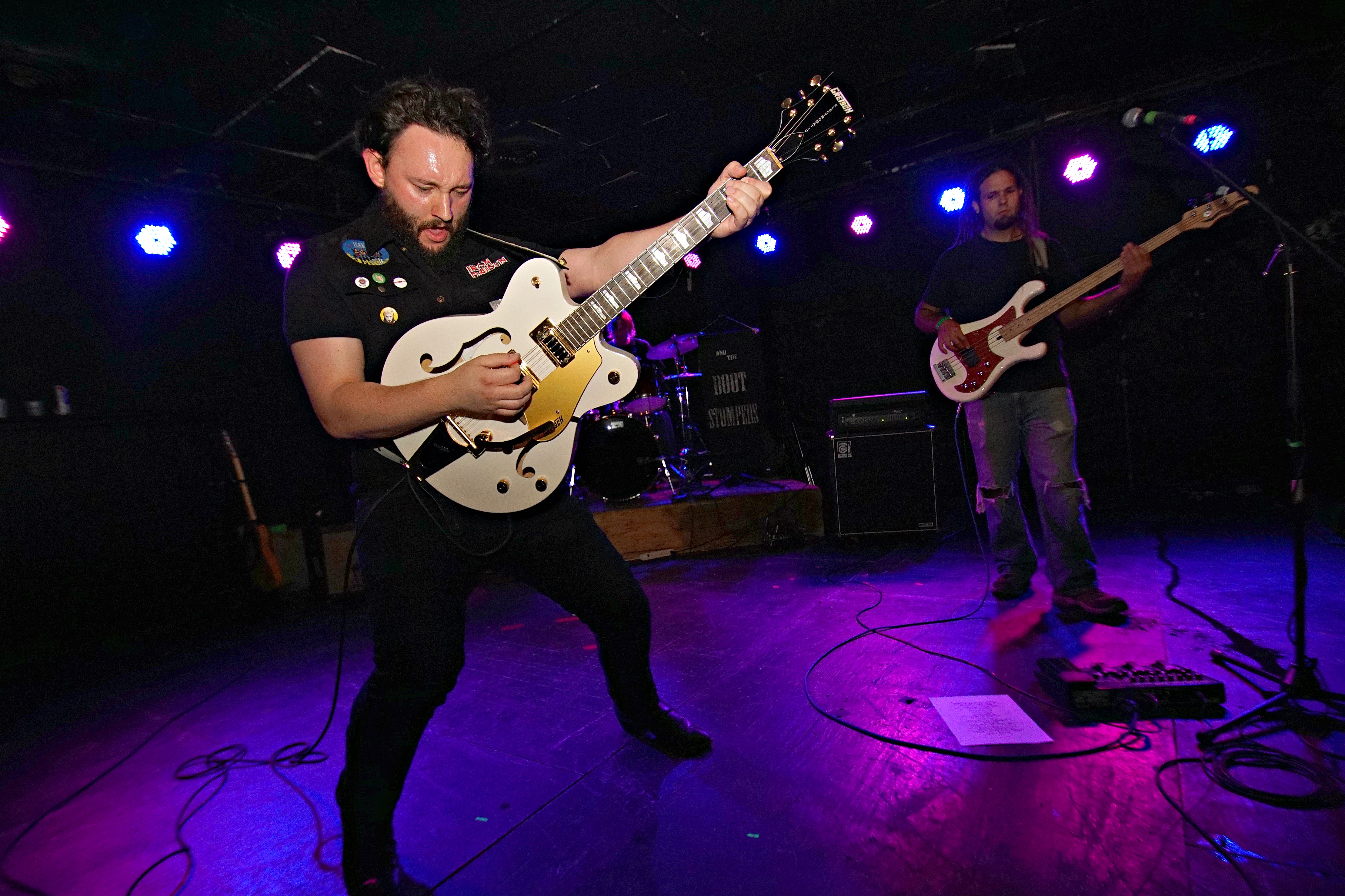 The local musician celebrated his album release on Thursday with a party at the Bottleneck. He’s a lover of rockabilly music, paying homage to modern greats (like Jesse Dayton) in his set before delving into his own numbers. In addition to being an outstanding guitarist with a flair for showmanship, he’s got personality in his music. We can picture him in rowdier roadhouses, the kind where he’d be performing behind a cage with beer bottles crashing against it. But for now, you’ll likely have to catch him at venues like the Jazzhaus and the Bottleneck.

He brought along Hyperbor (metal as fuck) and Odd Harmona (twangy-indie goodness) for the release show.