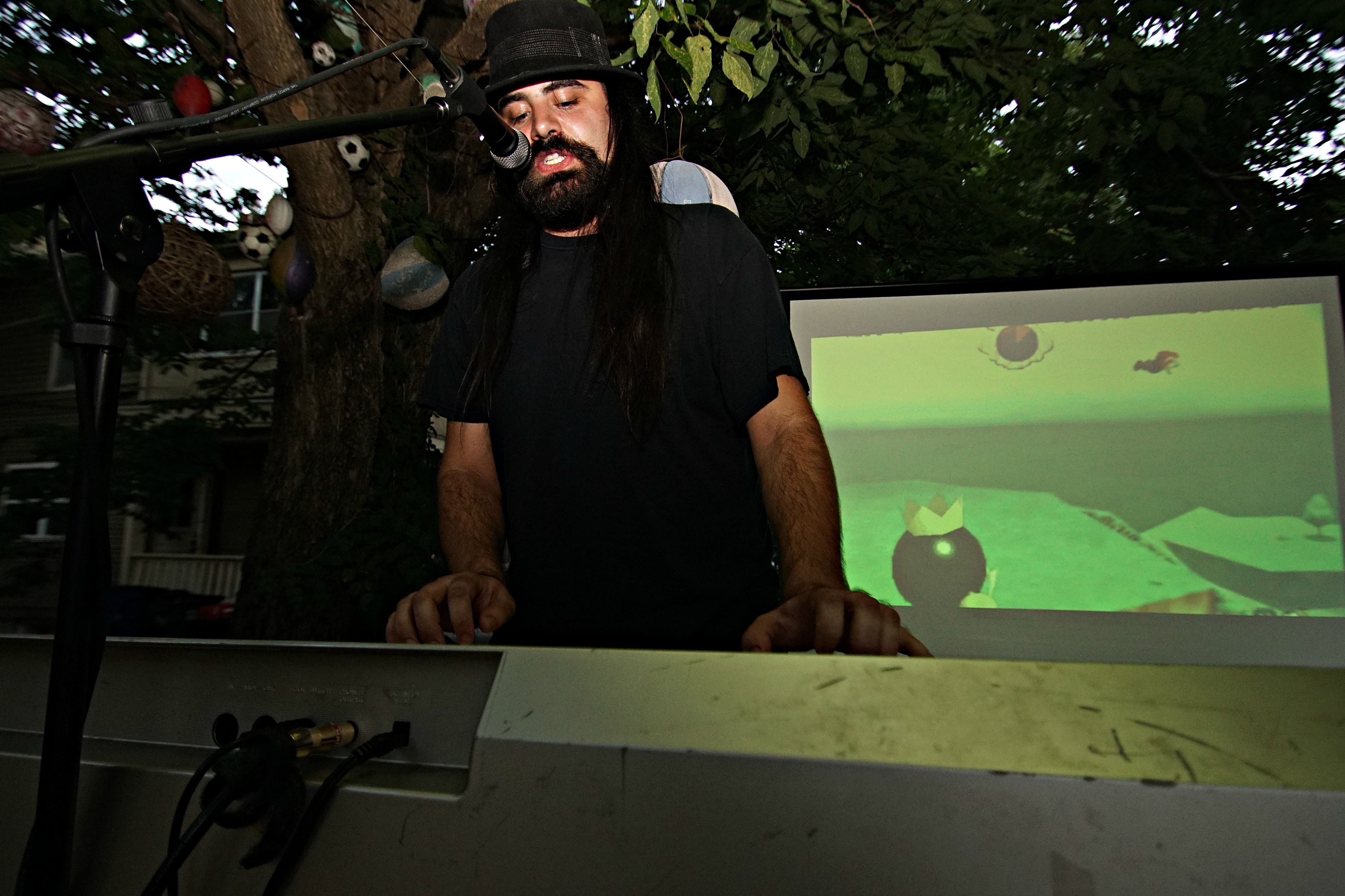 Facebook0Tweet0LinkedIn0Pin0
Imagine strolling through Downtown Lawrence on a pleasant and breezy Friday evening. You were likely waltzing between galleries on the Final Fridays Art Walk, a little tipsy from all the free wine at the art openings… and if you walked by the alley behind the Lawrence Arts Center, you likely heard “YOU’RE GOING TO DIE ALONE! DIE ALONE!” blaring from some speakers.

That’s because nestled amidst all the rising developments and fancy hotels located Downtown is one of the more eccentric and lovable galleries, The Percolator. They hosted an evening of live music featuring three bands, including Something and the Whatevers. “Are there kids here? I don’t want to curse at them,” the guitarist warned. The keyboard player echoed his sentiment, “There’ll be a lot of that.”

They weren’t kidding. In between the “DIE ALONE!”s and the “FU-FU-FU-FU-FU-FU-FU-FU-FUCK I LOST MY KEYS AGAIN!”s, there was a bounty of hilarity and comedic relief– and because it’s Lawrence, everyone was into it.

Citizens may not be able to stop developers from building whatever they please Downtown, but they can sure be as loud as they want. Here’s what visitors to the hotel likely heard from their windows:

Watch: Nate Henricks at the Raven