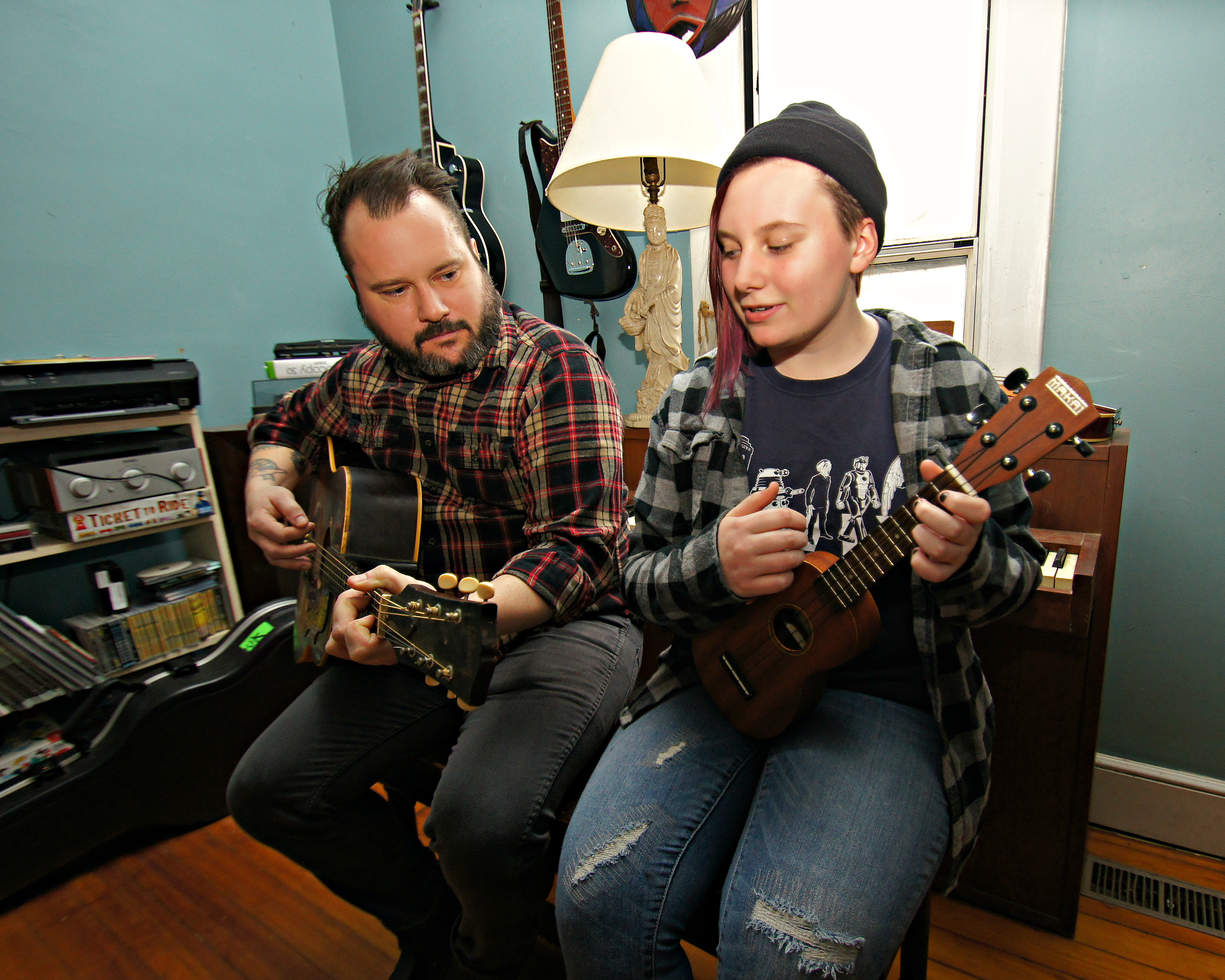 FacebookTweetLinkedInPin
In the Pryor family, the apple doesn’t fall far from the tree. While many of today’s musicians were in diapers, Matt Pryor was touring the world with The Get Up Kids. Now, his 14 year-old daughter Lily is starting her own music career in an entirely new music landscape. But this weekend, they’ll come together to perform duets at the Replay for a special edition of “I Heart Local Music Presents” featuring local musicians and their father’s on Father’s Day.

Naturally, music has been at the forefront at the Pryor house. Lily started taking an interest in playing the guitar three years ago. Since then, she’s been busy uploading her songs to YouTube and participating in Girls Rock Camp. YouTube, and its strong community of musicians, played a big role in her music career. “I started watching YouTube because my brothers had been watching YouTube gamers, so I originally got in through there. So I found this vlogging, comedy bubble, and it was just a lot of fun,” she says, noting that it was a way to connect with people online when she started her schooling from home. “I wasn’t just sitting in my room on Tumblr or anything. You were hanging out with a person, and I thought that was really fun. I started watching YouTube more with the virtual school because I was somewhat cut off from the kids my age.”

With a father who was also a touring musician, Lily used to join the Get Up Kids on the road and watch from the side of the stage. “We went to a lot of my dad’s shows,” she recalls. This year, she finally moved from the side of the stage to the mic when she hit the road with him for a short tour. “In February, me and my mom went up and I performed with him in Philadelphia and Brooklyn.” But when she’s not on the road, she looks forward to any shows she can get in town. In December, she joined fellow YouTube star Kawehi for a show in Lawrence. “I’m really just taking whatever I can get just because it’s so fun performing live, and just performing in general,” she admits. “I can’t memorize plays, I can memorize songs. This was just the other option.”

From here on out, Lily plans to keep participating in her music-rich town. Just last week, she hit the stage at Liberty Hall for the Girls Rock! showcase. In between performances, she enjoys busking and making YouTube videos. In the future, she plans on taking a year off from school and putting a tour together. “The more I do it, the more I enjoy doing it. So it’s not something I want to give up, it’s something I want to getter better on,” she says. “From my first show, I’ve developed a legitimate stage presence and I’m enjoying it more.”

You can see Lily perform with her father Matt this Sunday (Father’s Day) at the Replay at 5:00 p.m. She’ll be joined by Chris Luxem and his father Tom, along with Tyler Gregory and his father.