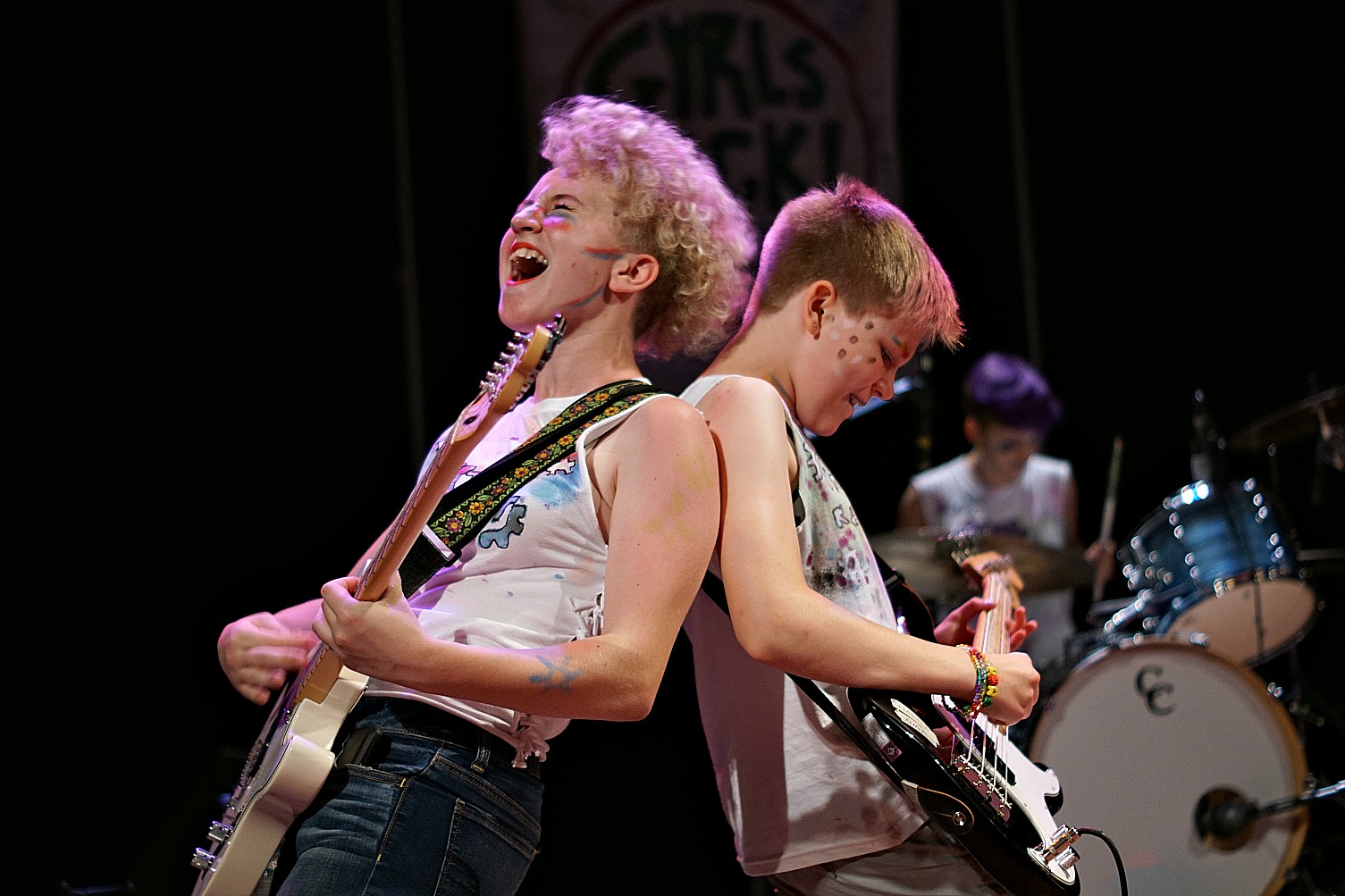 Rock and roll is all about attitude, and nobody carries more attitude than teenage girls. This is why, on Saturday night, Girls Rock! campers were on the Liberty Hall stage singing about confrontations with male counterparts… and chanting “Smash the Patriarchy!” when they were offstage.

This year’s week-long music camp catering to teen girls and trans youth grew in considerable size and popularity. The week concludes with a showcase at a Lawrence venue where bands consisting of the campers perform songs they wrote that week (many learned their instruments for the first time at the camp). Last year’s showcase was at The Bottleneck, but this year’s event grew so large it moved to Liberty Hall. So many people were lining up outside that they opened up the balcony to accommodate the large crowd.

The campers, ranging in age from 12 to 18, painted their faces, laced up Doc Martins, and pressed brightly-painted fingernails onto their frets while their peers cheered below. Last year’s crowd was equally as excitable– but last year’s crowd squealed while this year, they roared.

Considering how much feminism has been in the forefront in the media, it’s no surprise that these girls are worked up. The camp serves as a bit of an awakening for them. They’re made even more aware of the injustices they’ll face it the world, and presented with options to confront it. For the time being, they addressed these social justice issues with lyrics where they question why someone would care about the color of their hair or what they wear. One band addressed the crowd before they started playing, “Far too many times, we go to shows and they’re white, they’re CIS, they’re straight and they’re male. Our band represents everything that I didn’t say.”

Some of the musicians would fly and jump about, others concentrated intently on what their hands were doing– but all were fired up. It’s no surprise that live music comes easy to them, with Lawrence being such a strong music town. This is the community that shaped who they are, and who they will grow up to be. If the Lawrence music scene aims to head down on the right track, there’s a chance these rockers will, too. They closed out the showcase with every camper onstage performing the Girls Rock! Lawrence theme song. The excitement was so high, the ground was shaking. But if Lawrence continues to keep opportunities like this camp (as well as a supportive music scene) around for the girls, the ground under their feet will be more solid than ever.