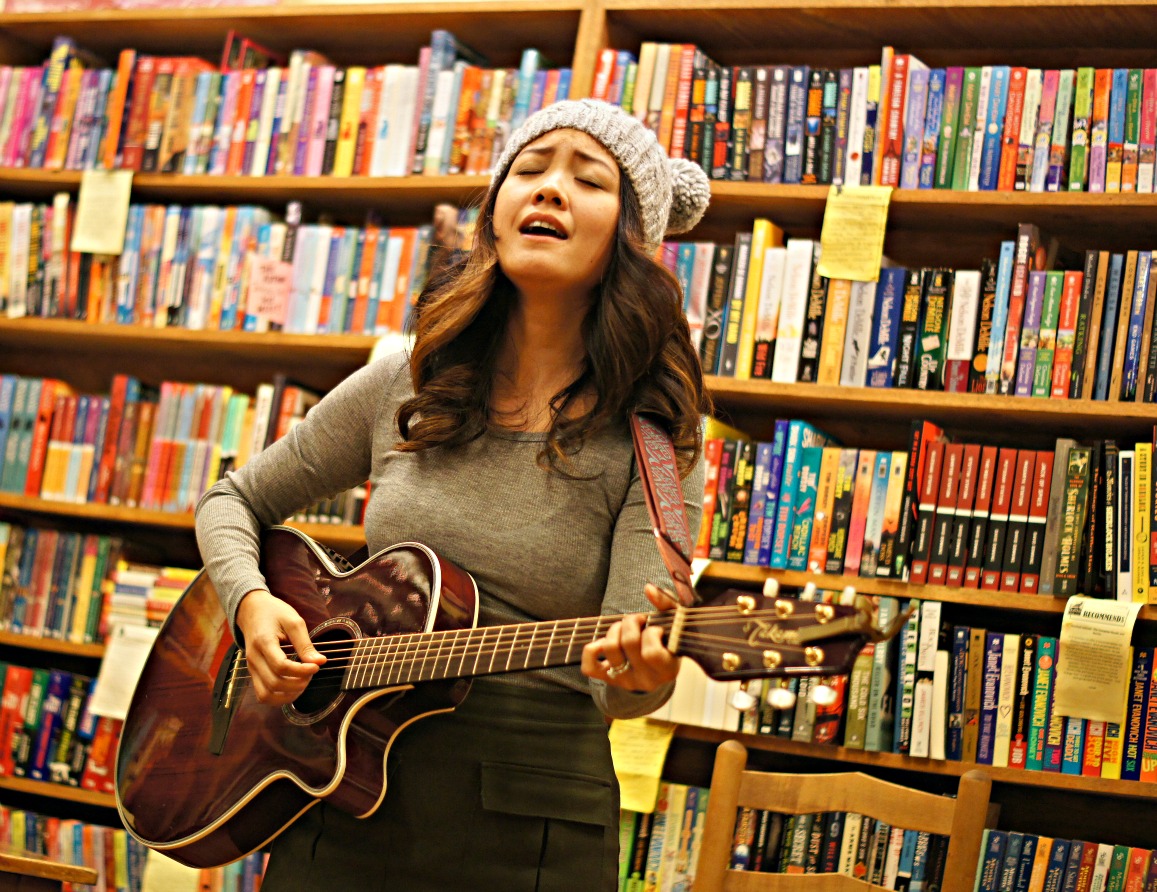 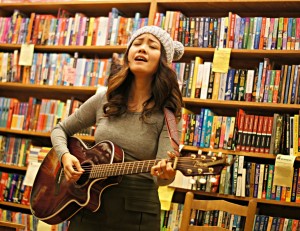 “I usually have a lot of gear with me,” Kawehi said with a chuckle in front of a full house at the Raven Bookstore on Monday evening. The area musician who rose to fame via YouTube is normally surrounded by a series of pedals and gadgets looping her vocals and beats back to her. This, however, was an unusual performance.

Nevermind the fact that she was performing solo and acoustically with just a guitar and ZERO mics… Kawehi was also performing in a very cozy bookstore on one of the coldest nights of the year (a Monday, no less). 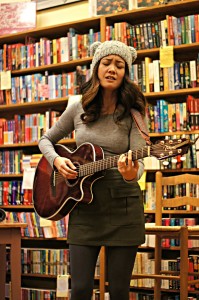 The woman has sold out venues in a heartbeat across the nation, but here she was treating an intimate crowd to an intimate performance (Merry Christmas!) with her back to endless rows of slender and colorful books. It was so quiet in there, you could hear a pin drop. Kawehi (keep in mind, she wasn’t mic’d up) sang softly and sweetly. It’s almost as though everyone held their breaths so they could hear her sing.

She treated the audience to some gleeful originals, including a love song for Barbie and Ken (“Plastic Hearts,” below). But it was when she confronted her internet trolls that everyone really paid attention. Kawehi is a woman who has built her entire career online. The reason she sells out venues the way she does is because of her YouTube videos racking up views in the millions. So the online interaction she holds with fans is key. What she ended up doing was taking the worst of the internet comments and putting them in the song word for word, then offering her very cathartic rebuttal. It was inevitably humorous, and had the audience giggling along and tapping their snow boots in time with the music.

You can watch the video below: