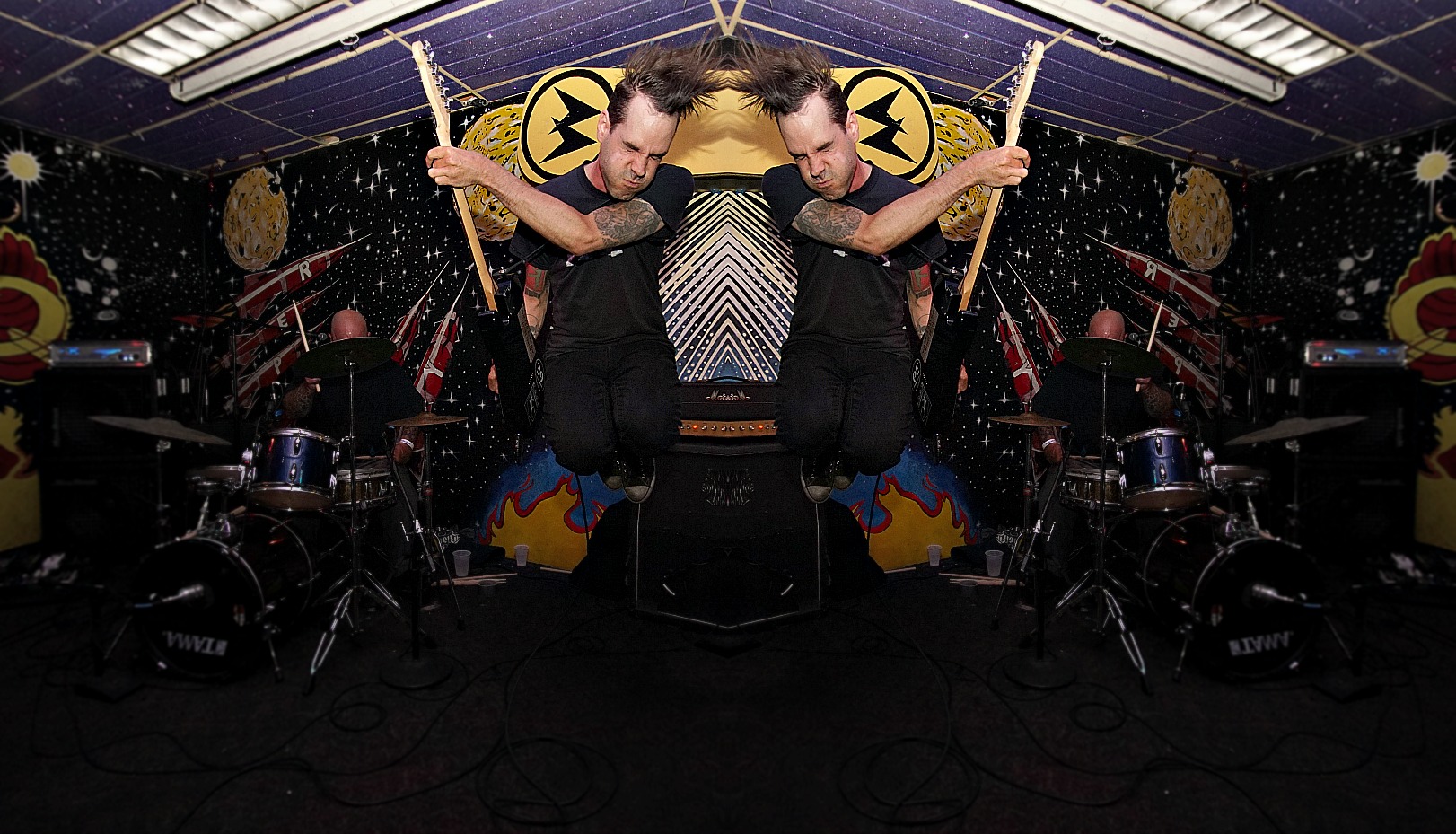 It was a slippery scene at the Replay Friday evening as three powerhouse players in the punk scene came together for a rowdy night.

The rain and Buskerfest didn’t keep the thrashers from taking in a disorderly scene with Stiff Middle Fingers, Hipshot Killer, and Four Arm Shiver. The latter of those three just released a new album last month and came with plenty of new tunes in tow. By the way, Four Arm Shiver has one of the greatest band shirts in town. They’re sold out online, so you’ll have to grab one at their next live show.

Hipshot Killer continues to slay, reminding us it’s a gift to see them every time they head down from KC. We know punk drummers are fast, but Hipshot Killer’s drummer is so fast his tattooed arms become a blur right before your eyes. Their screams, jumps, and bulging veins were all the prep the crowd needed to get down and unruly with Lawrence’s Stiff Middle Fingers– a band primarily known for their audience interaction and impeccably-executed covers.

Speaking of which, here’s one of their fan favorites– Anti-Nowhere League’s “Animal.”