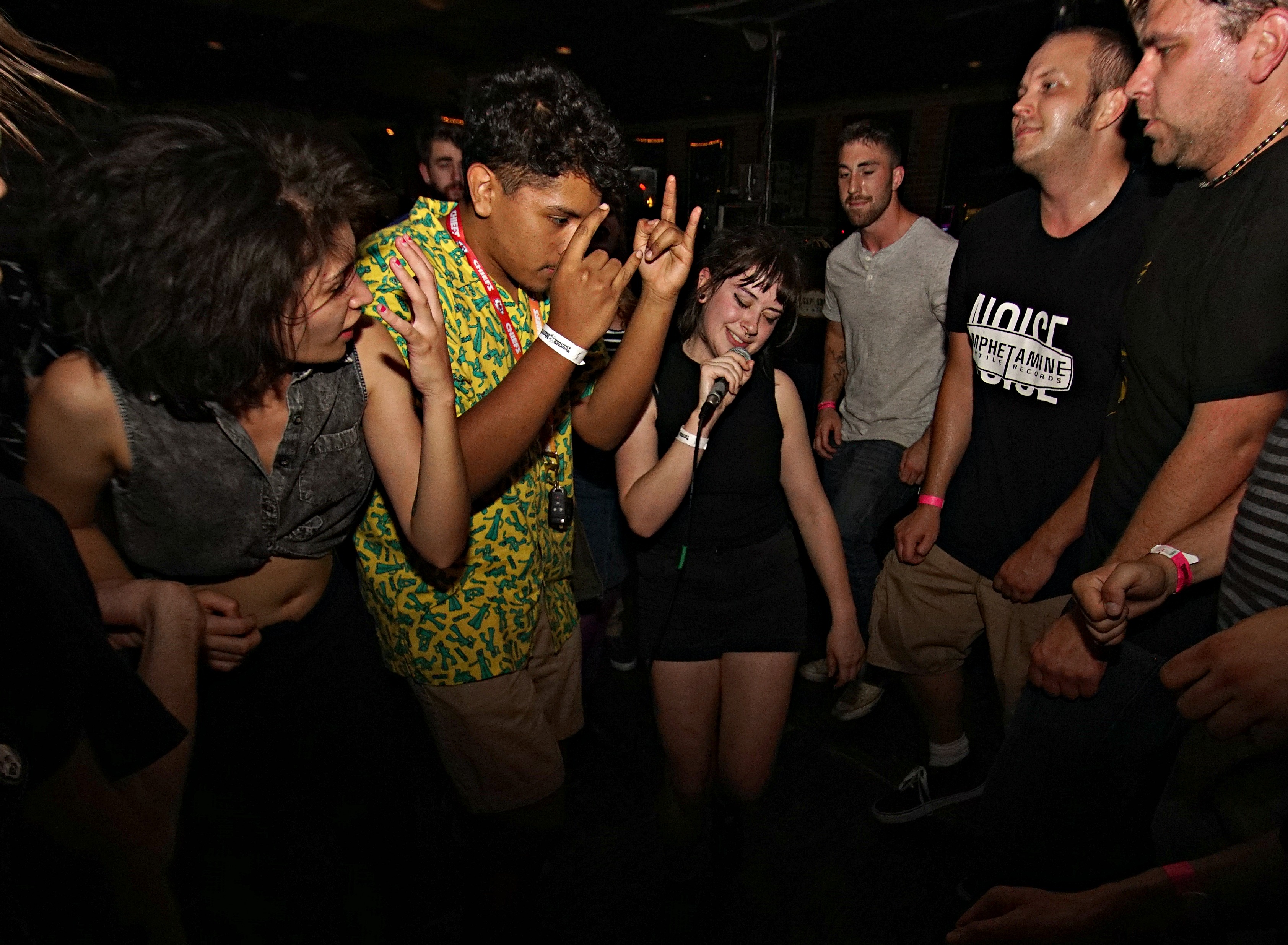 Lawrence is great, and the music scene is even greater. But it’s easy to develop a love/hate relationship with this town. Shows aren’t always easy to throw together, and not everyone gets along. So for those who have had it up to here with LFK, the Bottleneck was a good place to be on Saturday night.

Wendy Moira feels like God’s gift to LFK. They sport all the winning qualities of a rowdy garage rock band. They’re the winners for the losers, the leaders of the apathetic, and the jump starters of a scene that gives zero fucks at times. The frontwoman is bold enough to jump into the crowd and thrash along with them, taking elbows right to the face.

They were joined by La Guerre, the band belonging to one of Lawrence’s finest goddesses: Katlyn Conroy. This woman is always versatile, adapting to every curve ball this town throws at her. She’s just about the only crooner who could get a lineup full of rowdies to stop what they’re doing and gaze on adoringly like puppies. This was especially true during her cover of Skeeter Davis’ “End of the World.”

Wides is a band that feels like the ultimate group of outcasts on the scene right now. What comes out of this band is definitely against the grain. The frontman— with his wild pink hair, little braids, and dainty bow— meanders about the stage and only throws vocals in when he feels it’s right. The drummer goes off on a jazz-fueled tangent, while the synth steps in for a bassist’s role. Everything they do is unconventional, and it gets people wound up. Folks love to talk, even argue, about Wides. The only people who truly understand them are the younger generation of concert-goers because they’re more receptive to anything new and less resistant to change. But really, what Wides is doing is paving a new path and setting an example people will soon follow. It’ll be good to keep your eyes on these guys.