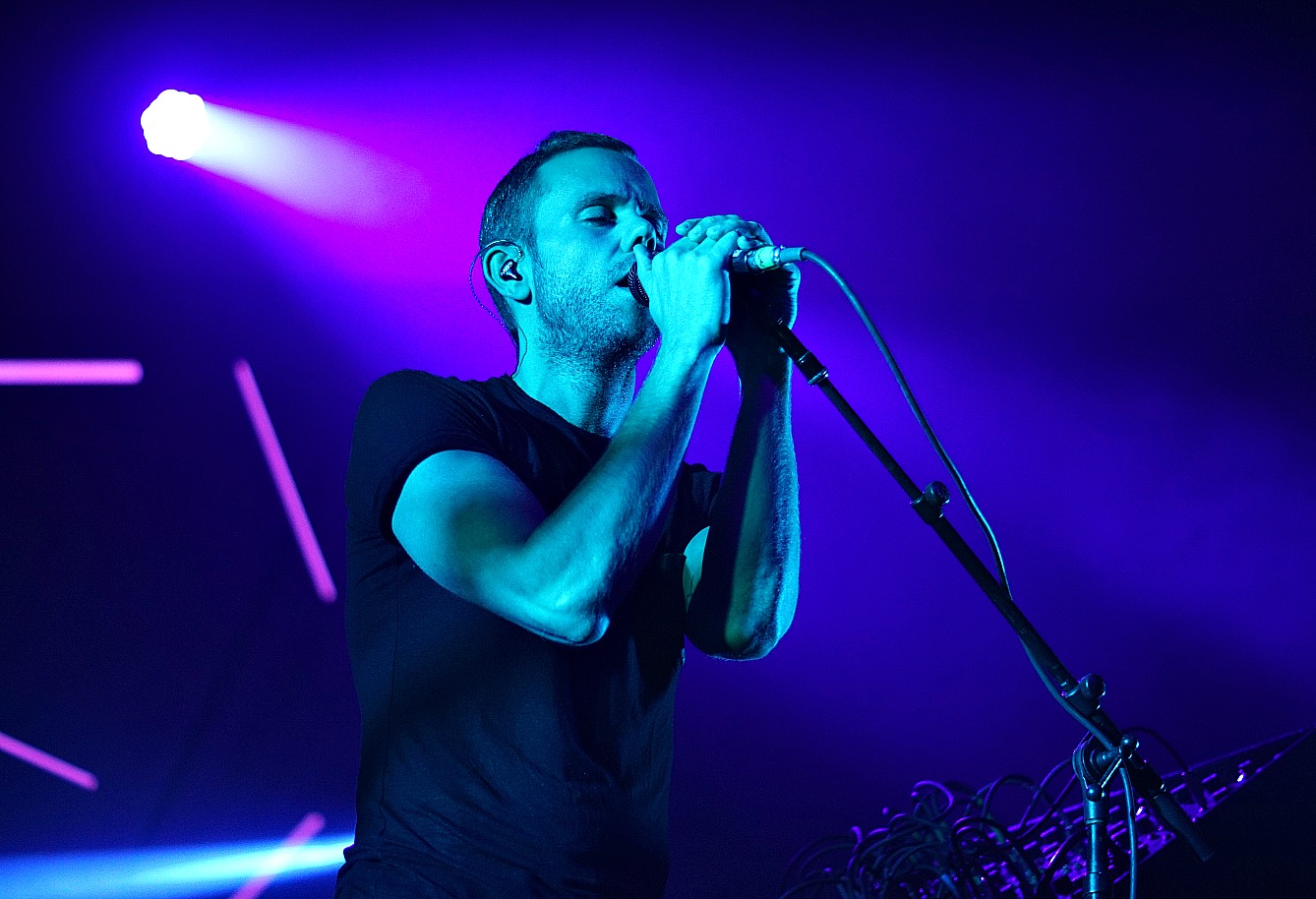 A five-year distance between albums can, apparently, be worth the wait.

M83 returned to the area on Wednesday night, this time landing at the Midland in Kansas City, with a show that was as much a treat for the eyes as it was the ears. The largely popular electronic act, spearheaded by
Anthony Gonzalez, came with a phenomenal light show to accompany the soaring dance music. The backdrop, which ran from the floor to the ceiling, was dotted with bright little lights, much resembling a vibrant night sky. On top of this, bars of light danced and rotated from every direction.

The band gave it their all, with every member throwing down 110%. Anthony Gonzalez divided his time running about between different instruments and sections of the stage, working the crowd into a frenzy. Jordan Lawlor, on bass and lead guitar, flailed and spun at all times while showcasing his impressive talent. Kaela Sinclair is the latest addition to the band, providing gorgeous harmonies with her vocals and on synth. Mai Lan, a French vocalist who appeared on tracks from M83’s recently released Junk, has been making guest appearances on this tour and loaned her gorgeous vocals on a couple of songs at their Kansas City performance, including “Go!” A highlight of the night came from the highly anticipated saxophone solo during the band’s more popular hit, “Midnight City.” The saxophonist appeared out of nowhere, sprinting from the back of the stage to the front for a lengthy solo that left their fans in a tizzy.

M83 was joined by Bob Moses on this night, a Canadian electronic duo that seems to have mastered the art of chill. Most of their songs seamlessly ran together with barely a pause. When the vocalist was on his guitar, it played a prominent role in the songs via well-delivered and memorable riffs. The duo are reminiscent of Junior Boys in the sense that their vocals blend together smoothly with their electronic sounds, and lyrics that ooze romance.