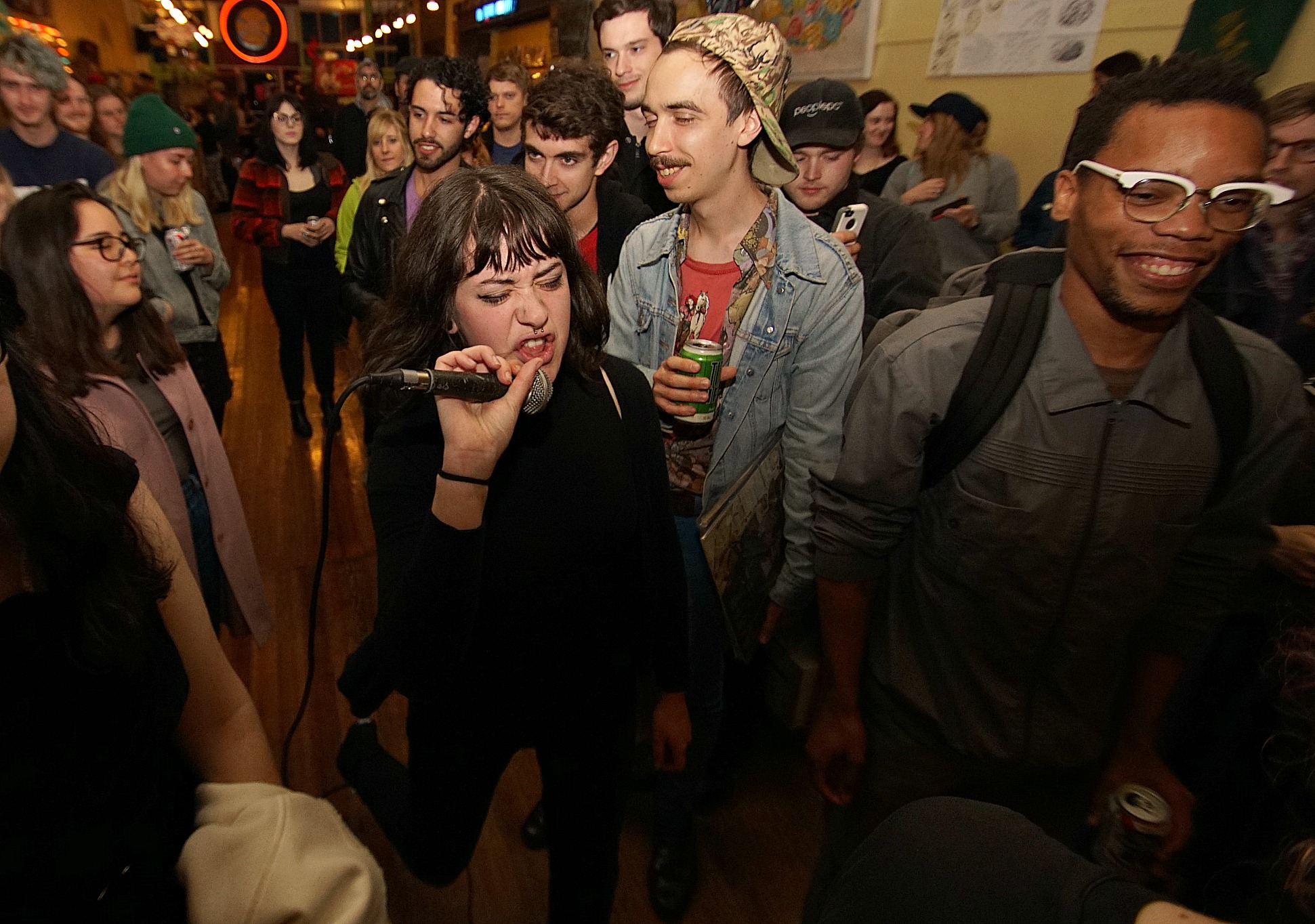 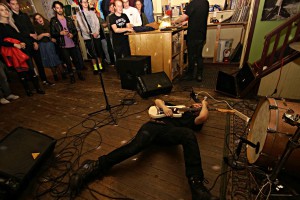 On a chilly and drizzly Friday evening, Love Garden set the scene for some of Lawrence’s rising acts. Varma Cross was celebrating a cassette release on the Whatever Forever record label, and invited both femme-fury rockers Wendy Moira and expert feedback procurers Wides along for the ride.

These bands have been the underdogs all year, but we can see the path they’re headed on— and they’ll be the top dogs around here soon. The Love Garden show was a testament that they’re halfway there already. There were more underage kids than we’re used to seeing, and they were focused intently on the bands (rather than being “seen” at the hip show around town). These kids are itching to get out, and it’s no wonder when you see the bounty they’re cutting their teeth on.

Watch: The Quivers debut new music at the Replay