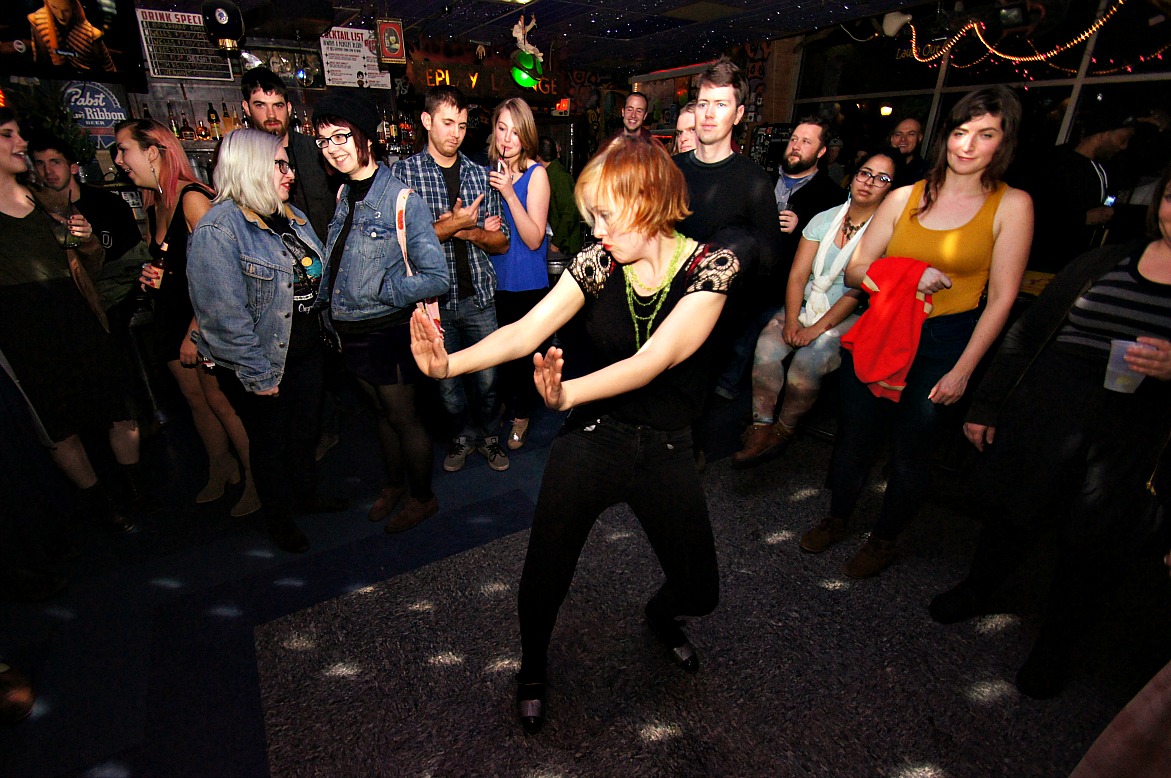 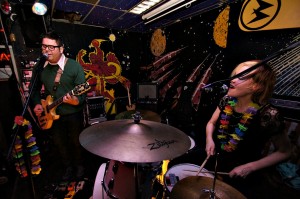 There’s something irresistibly gleeful about a Schwervon! show. The Kansas City two-piece tend to bring out the best in their fans thanks to their unmatched energy and heavy emphasis on audience interaction. At any show, you’ll find them not only rocking out to delightfully catchy indie pop numbers, but they’ll also dabble in traditions that not all bands take part in. For one, they’re avid bakers and tend to bring homemade treats. You’ll need those extra calories, because at any point in the show the drummer dives into the crowd for spontaneous tap dancing or to lead an all-female conga line.

On Monday, they’l bring that enchanting live show to the Bottleneck when they open for Guided By Voices. We asked Matt Roth and Nan Turner four imperative questions regarding their live shows ahead of the event. 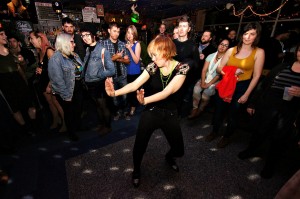 IHLM: What prompted you to become a band so heavy on audience interaction?

NAN: It’s fun! We’ve always liked it when people dance to our music and to connect to the audience. It really went to another level at shows when we incorporated the “Matt reading a poem and me dancing spontaneously to it” intermission. There’ s a lot of room for others to dance and get weird…there was one show in France where a group of ladies howled like wolves and tapped their feet along with me -it was thrilling!

IHLM: What’s the wildest thing an audience member has done back to you at a show?

MATT: There have been some pretty wild audience members. We’ve experienced spontaneous disrobing. Not in a creepy groupie way. Just out of pure joy. And probably partially due to a lack of suitable ventilation. We played a show in an old jail in Tobel, Switzerland and the girl that put on the show made an entire stage display just for us with cutout animals and our names on these big signs right above where we were playing. We played the show and then we took a tour of the old jail cells.

IHLM: I see that usually, you bring snacks to a show. Why is this?

NAN: You must’ve caught us during the “cake” shows. Snacks are yummy. We enjoy eating and we encourage others to do this too!

MATT: I think snacks make shows more like a party. I wish every show we played was a pot luck.

IHLM: Finish this sentence: The best live shows are the ones where…

People are dancing and having fun in one glorious mob! It’s a little hard to describe and it doesn’t happen all the time, but the best feeling is when it stops feeling a show and it feels more like a party that everyone in the room wants to be at.

You can catch Schwervon! on Monday at the Bottleneck when they play with Guided By Voices.

Watch: The Quivers debut new music at the Replay