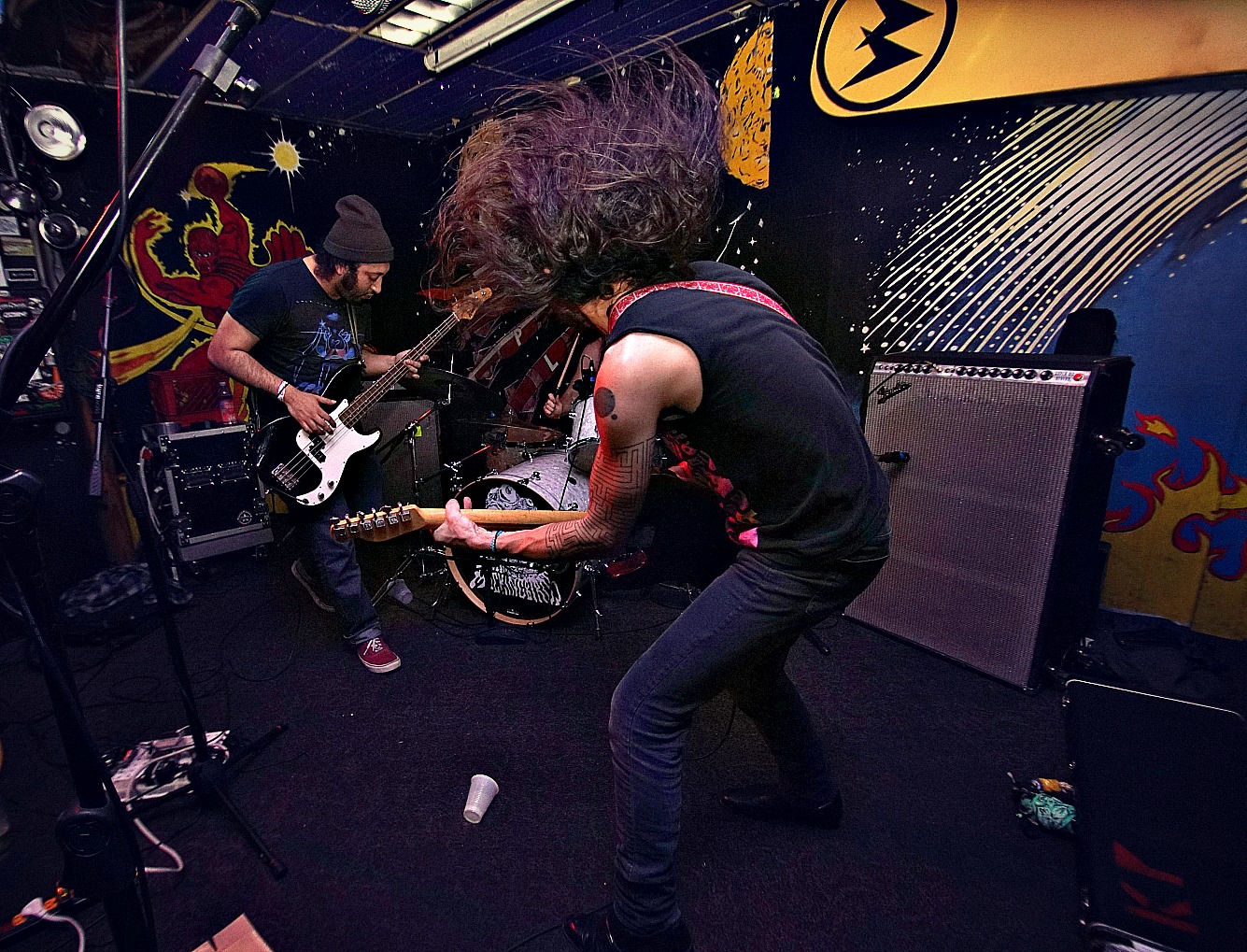 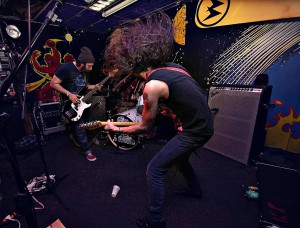 Sometimes, the Lawrence music scene gets caught up in a scandalous love affair. It’s hard not to, when there’s so much love to go around.

Such was the case when Dallas’ premier hair rock band came to town. The Texas psych rockers are frequent visitors to the Replay, and are always seen at the popular venue in a fantastically good mood because this is always where they end their tours. So, once or twice a year, they show up in fine form. 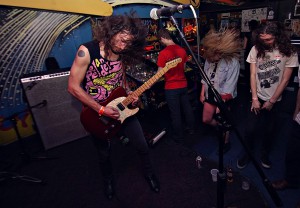 With wicked fast guitar solos and never-ending growls into the mic, Lawrencians tend to eat them up. The band waited as long as they could for Farmer’s Ball over at the Bottleneck to get out so that the regulars could meander down to the Replay for their set. The fans were handsomely rewarded with an animated and bustling show that had everyone with thick manes of hair and bouncing curls head banging along to every note. 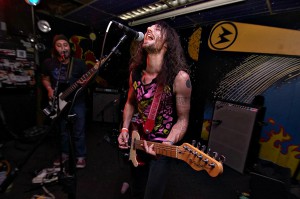 “Lawrence! Lawrence!” the frontman announced halfway through the set with an enthusiasm unmatched by any other musicians on the lineup that night. “I want to have babies with you! I’m going to impregnate you!” The band then finished out their setlist full of speedy numbers before thanking the audience and blowing kisses into the night.