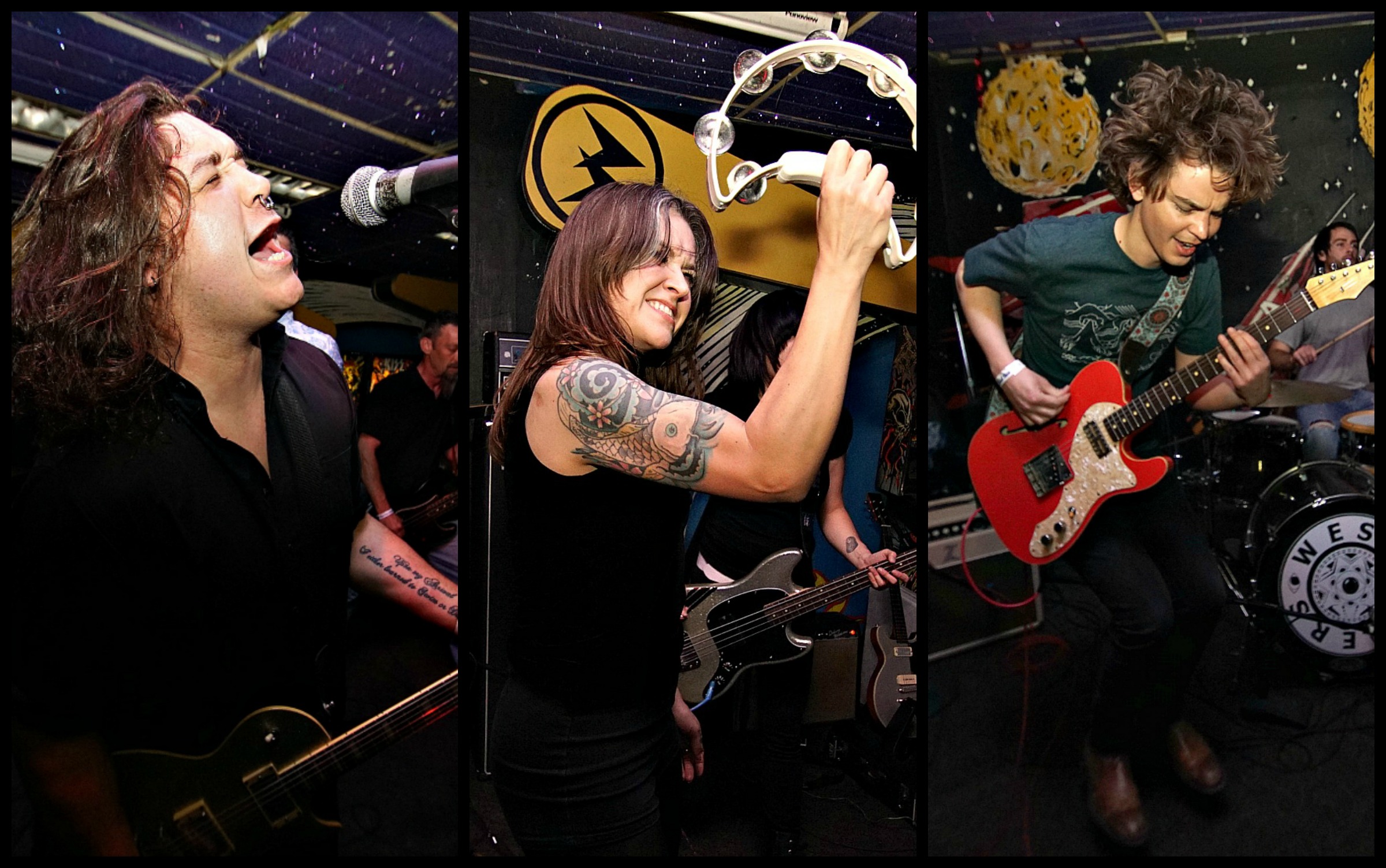 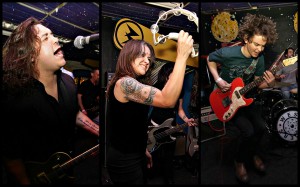 It was hard not to get excited about a lineup like this one. Friday’s Replay show welcomed in a perfect Spring weekend with roaring excitement thanks to the outlandish antics of The People’s Punk Band, the heavy psychedelic freakout of The Philistines, and the intense guitar rock of Westerners.

Anymore, Westerners thrash so hard onstage that surely they must be bruising each other up by now. The Philistines were more limber than usual (they’ve GOT to share their yoga secrets) and contorted all over the place, occasionally thrusting their feedback-heavy guitars into the air as though they weighed nothing at all. The People’s Punk Band, an act heavy on confrontation, seemed to agitate their audience even more than usual with the occasional snarls, kicks, and poking (more like stabbing, really) random fans in the head with their fingers.

Bonus video featuring members of Westerners getting The People’s Punk Band worked up: