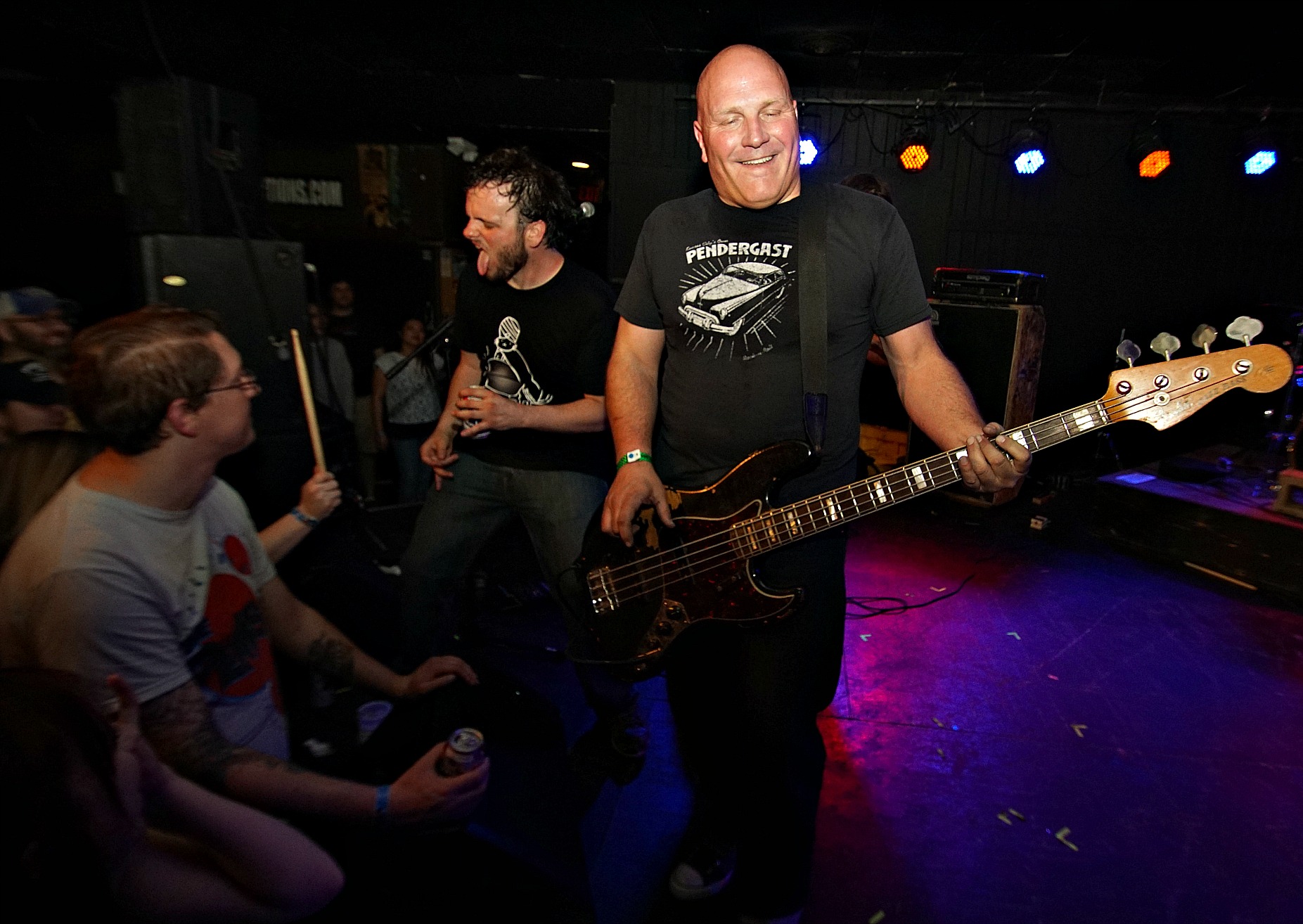 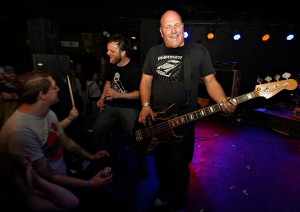 If you’ve ever experienced a meaningful moment in the Lawrence music scene, a man named Cameron Hawk was likely involved in some fashion. The musician boasts several amazing bands on his rock resume, including Stiff Middle Fingers, Dead Girls, and Many Moods of Dad. He was also a co-founder of Lawrence Field Day Fest, a yearly festival that tied the Lawrence and Kansas City scenes together. Additionally, he’s been just a massive supporter of the local music landscape, constantly showing up to watch and cheer on bands across several genres. 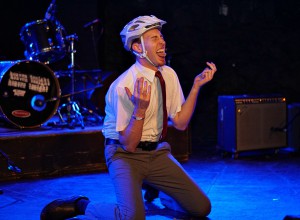 So when he decided to marry the love of his life, he opted for a concert instead of a bachelor party. The lineup was impressive, featuring bands Hawk has had some sort of connection to in different ways. Ultimate Fakebook, Dead Girls, Podstar, The Touchdowns, and Erik Voeks all graced the Bottlenck stage for a unique night of some of the best pop to tear through the scene in years past. To top it all off, several Air Guitar competitors strutted their stuff in between sets (you can go to the official competition next week, details here). When you consider how many of these bands share members, the stamina from certain musicians (including Hawk) it took to pull this off was nothing short of remarkable.

Empowering Entertainers: How a local conference boosts the business of music