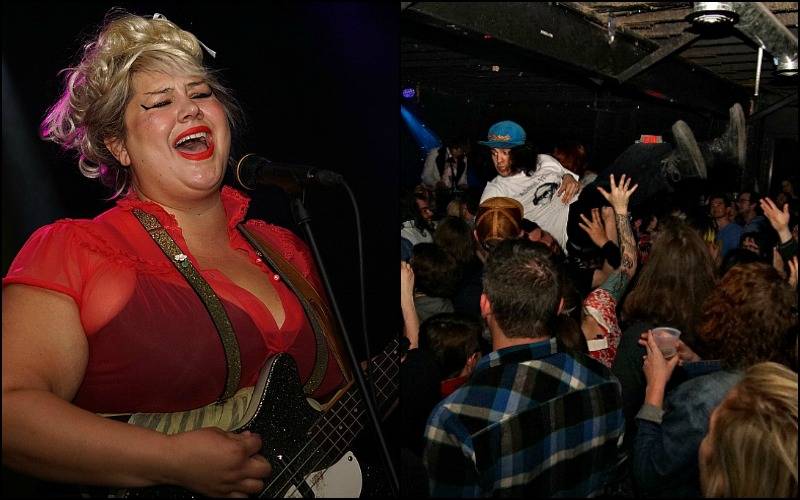 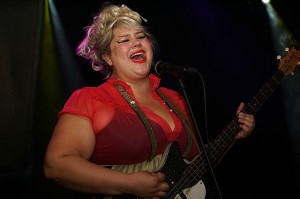 “Did you guys know it’s Monday night?” That’s the question Shannon Shaw asked a sea of smiling faces at the Riot Room in Kansas City. Those grinning revelers, along with the rest of the band, laughed off Shaw’s question (an obvious joke that Mondays are for taking it easy). This was a night to be celebrated.

It had been a few years since the Oakland rockers returned to the area, so it’s no wonder the venue filled up despite the show landing on a Monday. Shannon and the Clams once described to us why they thought the world of their fans, saying “I feel like if you were a really shitty person, I don’t think you’d like us.” That statement turned out to prove true as their fans ever so politely danced, crowd surfed, and even boogied on top of the back bar. 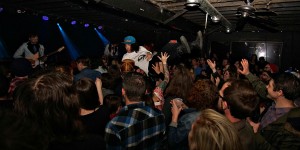 The camaraderie was infectious, thanks to the high-paced energy of the band’s 60’s-infused rock. Shaw’s bass skills are completely admirable, with her fingers constantly flying around the fret while she stood on her tippy toes to reach the high notes. Guitarist Cody Blanchard was equally vicious in his onstage demeanor, trotting around in his dancing shoes and hitting those reverb-filled shrills on the mic. 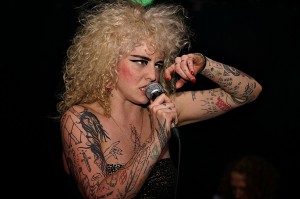 The band was joined by Gazebos, a Seattle rock band with a highly entertaining value. The musicians were both ear and eye candy, sporting a fashion and fabulous hair you don’t always see around these parts. It was everything you love about the B-52’s and punk rock wrapped neatly in a sequined-decorated package. A highlight of the evening came when singer Shannon Perry body surfed during Shannon and the Clams’ set. You hardly saw it coming, until a ball of glittery grace neatly rolled off the crowd and onto the stage. 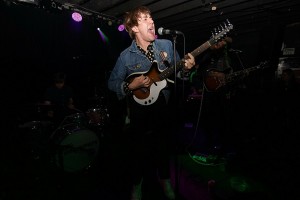 Kansas City’s favorite psych-rockers The Conquerors started off the night, and boy did they come armed with loads of new music. They’ve got a much-anticipated album coming out this Summer, and with it a slight lineup change. The nostalgia-driven rockers still provided all the psychedelic music we’ve come to love from them, but there’s now a gut-punch of garage rock and and punk oozing out. It makes for a thrilling live show filled with exciting riffs and vocals like we’ve never seen from the band before.