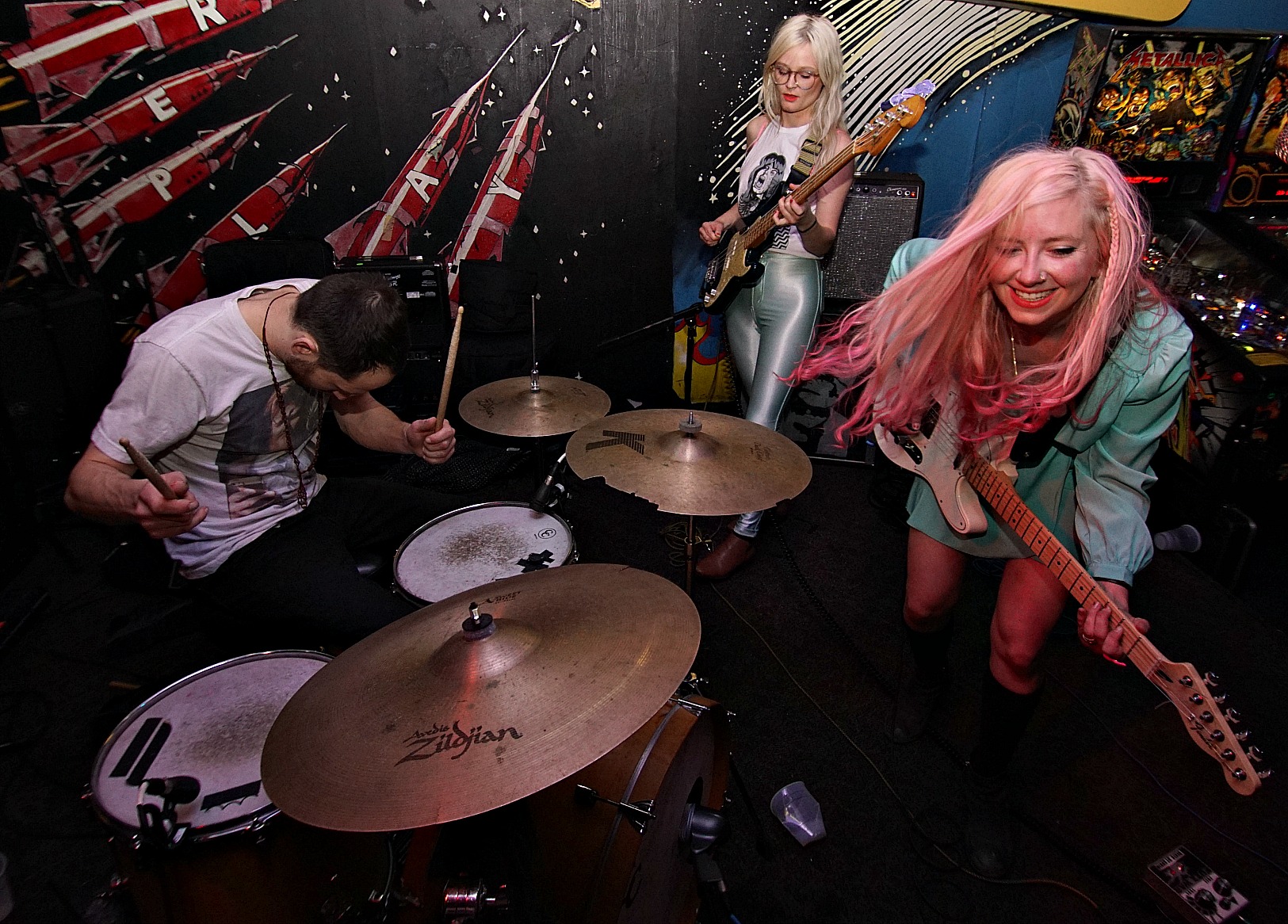 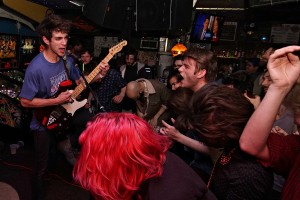 It’s that time of year when so many bands are in the midst of their tours revolving around SXSW. This week, in particular, saw a lot of acts returning from the music festival making stops in Lawrence to either play a show or just participate in some karaoke.

Friday brought one of those stops to Lawrence when Arc Flash, who have been pulling a double duty tour with Ohio’s Leggy, hit up the Replay on Saturday night. With cymbals clearly cracked from a rough yet rewarding string of shows, the band pulled everyone’s minds off of KU basketball for a good old fashioned get-down on one of Lawrence’s rowdiest stages. The crowd was more than willing to lend their bodies to the cause, and started the night off right away with thrashing, cheering, and plenty of spilled drinks. 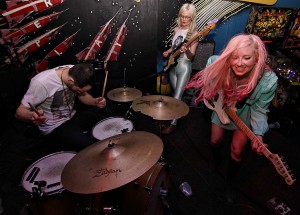 Let’s all take a moment to appreciate the unique existence that is Leggy. The three piece is well known to Lawrence, thanks in part to their use of the town’s busiest drummer. Mark Osman steps in with the band when they’re on tour, and in turn brings the Lawrence camaraderie to the garage rock outfit. With Véronique Allaer’s high pitched sighs and squeals that play out like a labyrinth of genres, Leggy brings a brand of punk that is unapologetically feminine and chic. They’ve got a tempo that always keeps you guessing, but a rhythm so entrancing that you’ll happily follow them anywhere. 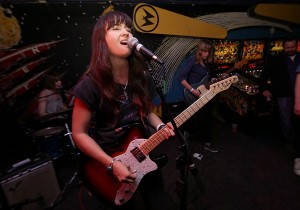 The Leggy / Arc Flash tour intersected with another Spring tour from Moving Panoramas. The Texas band’s sound matched up remarkably well with Leggy’s. Moving Panoramas is full of rich shoegaze thanks to their shredding guitar and 90’s vibe. The female-fronted force sounded like everything you loved about the easygoing innocence of early Best Coast, and will surely make you long for the beach and summer naps in the hammock.

Watch: Sunday Heroine at the Replay