Organized Crimes detonates at the Taproom 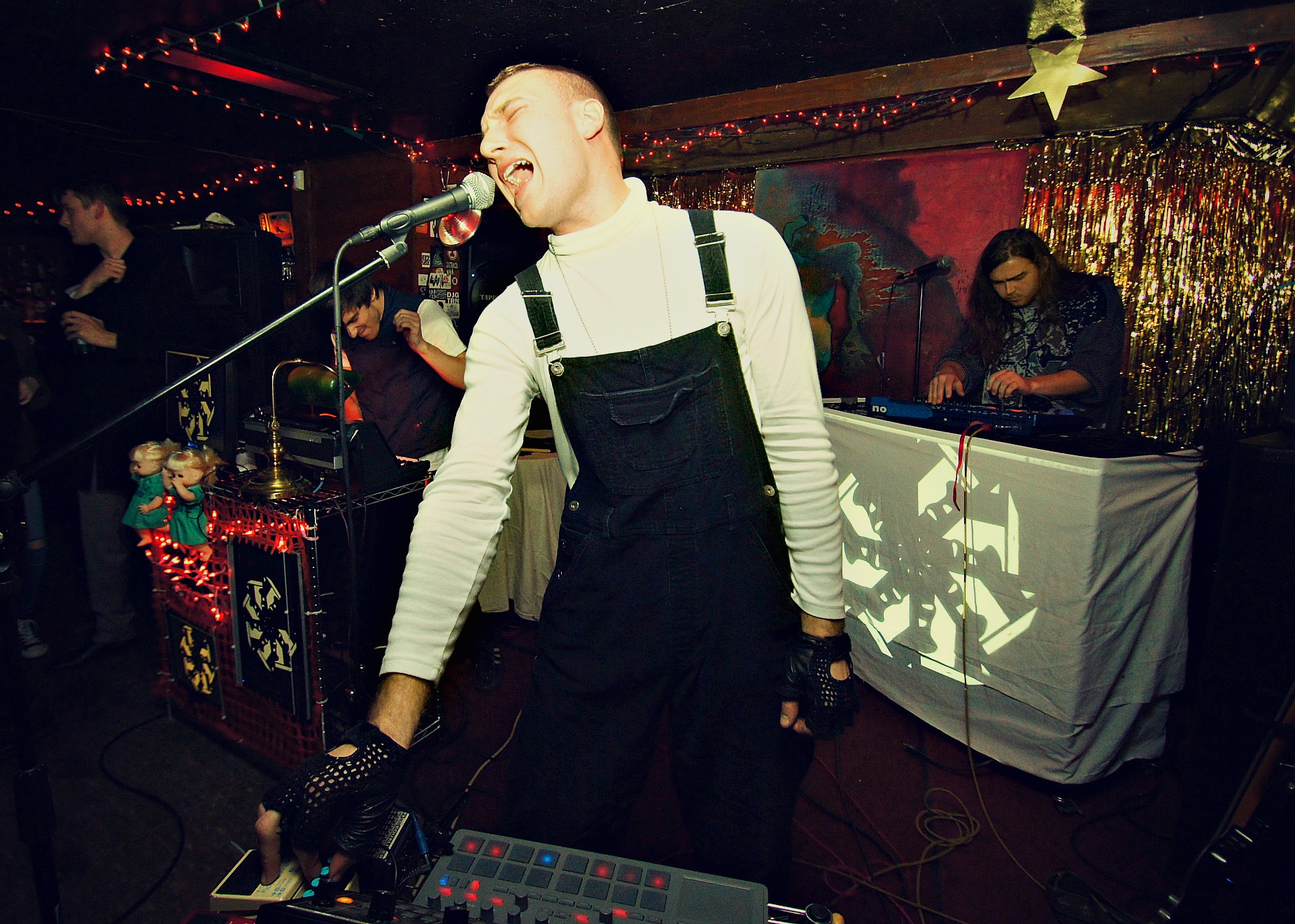 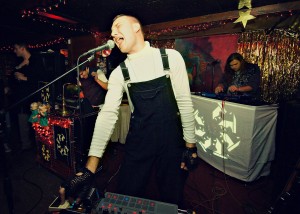 If you really miss good industrial dance bands, then boy do I have some news for you.

Organized Crimes is the electronic band this scene (or any scene within a five-state radius) has been missing. They proved their worth at a Taproom show late Thursday night, where loud baselines and heavy beats pounded out of the basement. “I’ve never released a record before, but I’m doing it tonight,” the frontman, clad in a crisp white turtleneck, overalls, fingerless gloves, and military boots, announced at the beginning of the set. 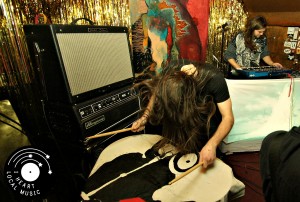 The basement was overflowing with gear and fresh faces. There was just stuff everywhere. The venue, known for its dark motif and only allowing light in if it comes from red Christmas lights strung across the ceiling, was exploding with color on this night. Whatever room was left after the scattered pedals, keyboards, and percussion instruments was filled in with light projections, glowing colors, unsettling baby dolls… you name it. Let me tell you, this is a show where it took all but a two-second glance– and you know what you were getting into. 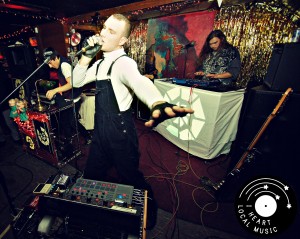 Organized Crimes were overflowing with New Wave inspirations. They did everything possible, from slamming on muted drums to hissing into a heavily distorted mic, to achieve their brooding sound. They really let it breath, building up crescendos that took their time hitting a hair-thrashing climax. We heartily enjoyed the return of the forceful and eruptive falsetto (a rare appearance in any music town). It was like Bronski Beat and New Order had a child who really got into the goth scene and constantly leaked industrial music out of his bedroom. For a band that doesn’t have too many live shows under its belt, Organized Crimes sure pack a punch. No matter which part of the scene you come from, you’re going to love the fire and electricity these guys detonate onstage (or in the basement). It’s not enough to sound on point anymore, a band’s gotta have style… and Organized Crimes is fashion you can fuss over.