The Power of Vigil and Thieves 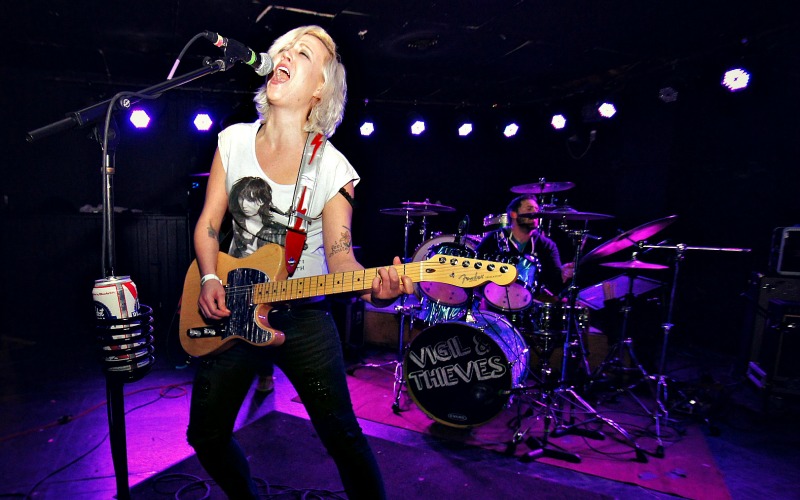 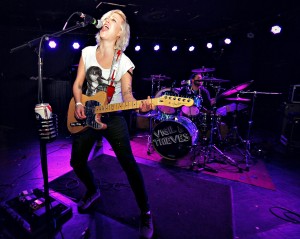 This really doesn’t feel like the same band we saw at Field Day Fest two years ago.

Vigil and Thieves can be a lot of things. The Kansas City band can freely meander between punk, pop, and rock. At their Bottleneck show on Saturday night, they wowed audiences with a sensory delight. Lights blasted out of boxes on the stage throughout certain parts of the set, while the band’s frontwoman blasted vocals so forcefully they torpedoed to the opposite side of the venue. This is a band with catchy ballads and energy for days, but they also show a strong vulnerability in their lyrics. Lines like “I don’t wanna grow old” and “You don’t have to be so delicate” aren’t revealed in a confiding manner, but rather screamed and loudly proclaimed in a manner that forces you to pay attention. 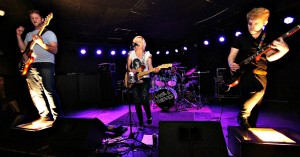 The power punk/pop outfit’s versatility can fit them in with a manner of bands and shows. Their liveliness means they could play a show with Beautiful Bodies, but their rawness could find them in a roadhouse.

Here’s a video of their Saturday night performance, and you can listen to their brand new, just-released song after the clip or over on their Bandcamp page.