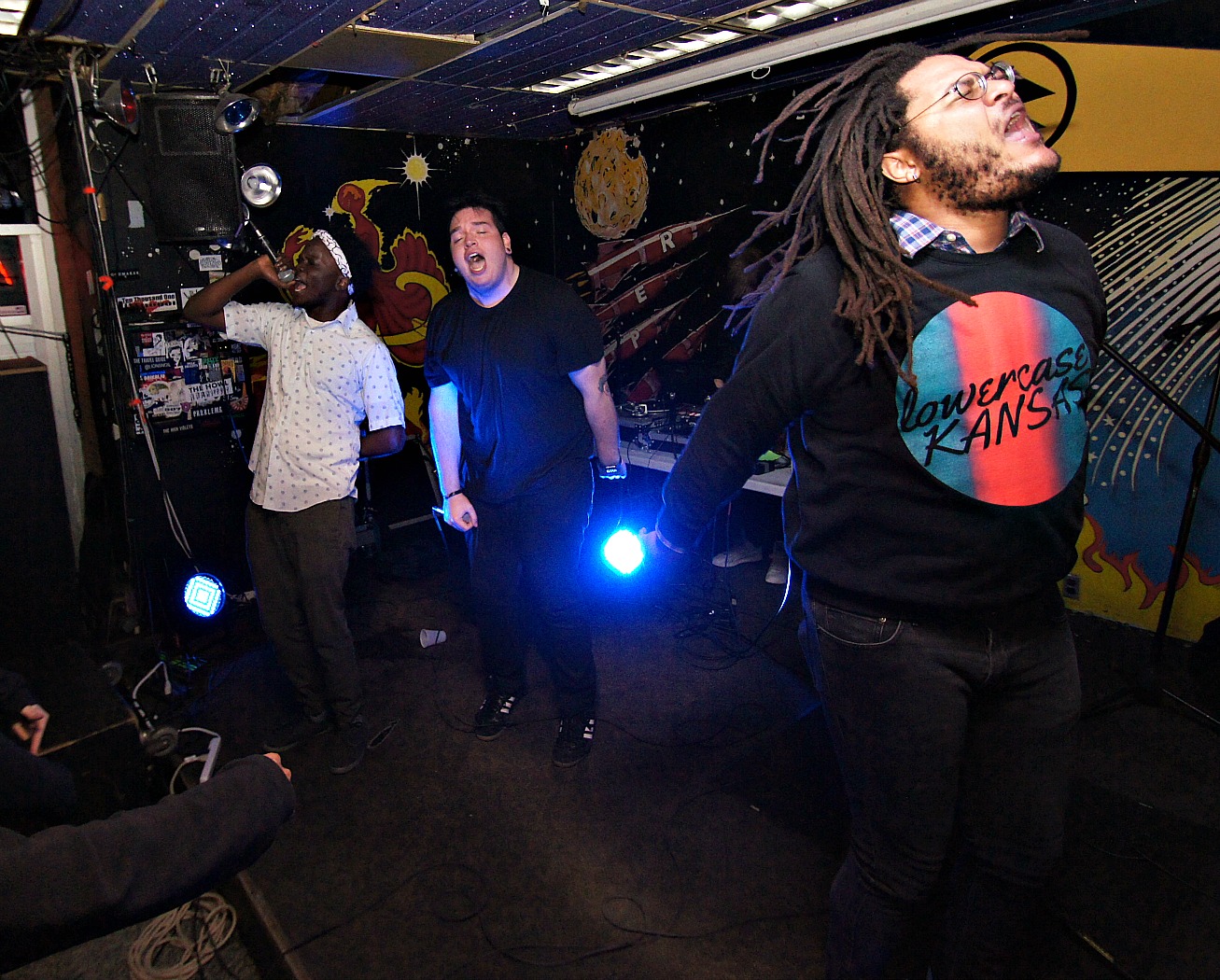 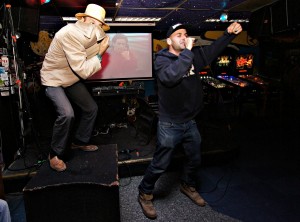 If you were brave enough to deal with single digit temperatures on a Sunday night, you were handsomely rewarded with a show lively enough to take your mind off the cold.

Ebony Tusks hit the Replay on Sunday, along with Netherfriends and Blake Rules (both formerly of Chicago and now in Texas). All three brought a magnetic energy and three very different hip hop personalities to the stage.

Netherfriends and Blake Rules are a bit of a buddy cop movie with a heavy emphasis on the comedy. They were in the midst of a short tour when they rolled through Lawrence. Netherfriends made occasional appearances during Blake’s set, which was littered with cheeky lines and nerdy references, such as the moment he stopped to yell “Super Mario 3 was the best game of all time!”

Netherfriends’ set was an interesting one. For starters, he brought along a harp (an actual harp), which he used sparingly to make loops during his set. We’ve never quite seen someone play so many Seinfeld samples during a show (he also had episodes of the show rolling on a screen behind him). The performer was a bit theatrical, sometimes poetic, but always fly as fuck in his head-to-toe beige pallet as he darted around and climbed parts of the venue. 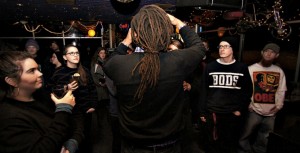 Ebony Tusks’ tone was a far more serious one, with dramatic sounds layered underneath his politically poetic words. He’s a performer that commands the room with his tall stature and carefully selected thoughts. Additionally, he tends to pop off the mic and just yell into the night air, which gets his audience’s attention more than if he were understood loud and clear on the mic. The set ended with heavy audience participation that involved physical movement and lyrical sing-alongs. The Topeka rapper rarely makes appearances anymore– but when he does, he makes sure it’s well worth your time.

Watch: Hössferatu at the Replay