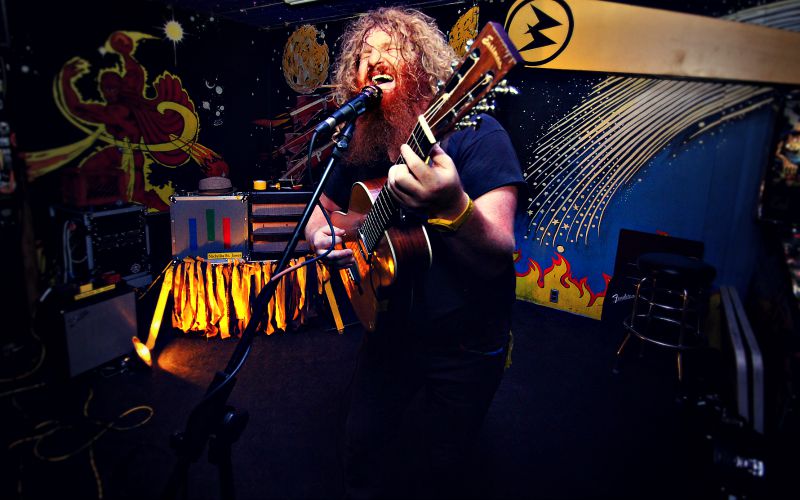 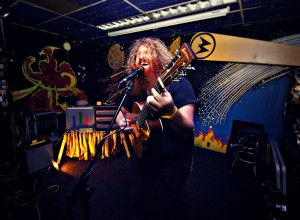 If you like folk music, your cup runneth over in Lawrence. Additionally, folk musicians have fairly likable personas onstage. But Nicholas St. James has some serious personality.

The bearded gnome is charming as hell, with an act that’s half musical performance, half standup comedy. The impish-voiced musician is entirely good-natured and a little bit silly, but when he starts singing, you could swear he was an old soul battling a series of dramas and addictions. This is partly based off of his gruff voice and downtrodden lyrics. 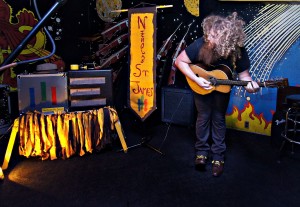 So here’s how he took the chorus from “Iko Iko,” normally a fun and jovial tune sung by schoolgirls skipping rope on the playground, and made it intimidating. He didn’t do it first. This is actually a cover from Kyle Reid and the Low Swingin’ Chariots, an act from Norman, OK. Reid wrote original verses and threw in the chorus from “Iko Iko.” Then, over the summer, St. James started playing around with the tune at the Papa Keno’s patio jam. It got such a good reaction from folks that he started incorporating it into his set, giving the gypsy jazz number a good old St. James makeover.

You can hear the song below:

Championing music: How KEXP raises the bar for bands across the country

Watch: Maps for Travelers at the Jackpot