Life of the party: local rappers inspire, entertain, and educate 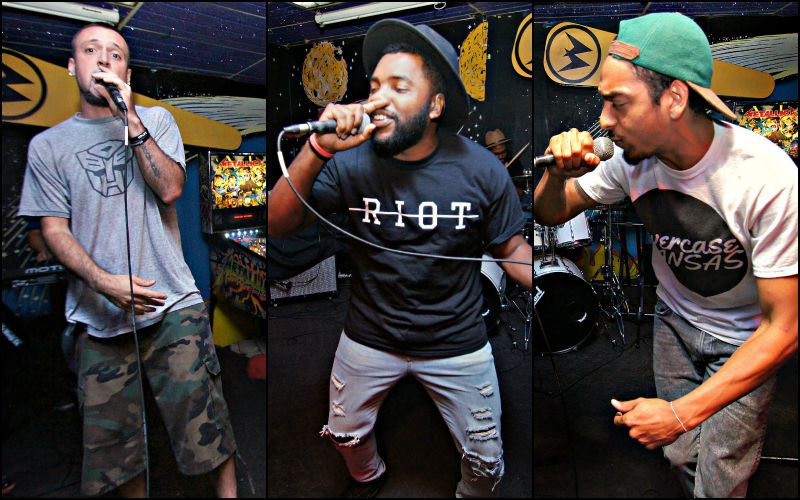 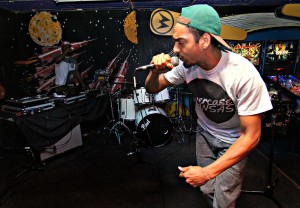 On Saturday, the love of hip hop was alive and well at the Replay when three local acts got together to showcase what the genre has to offer. You won’t always find hip hop heads at these shows, but you will find those who are curious about the genre and applaud local talent.

Barrel Maker had the daunting task of starting the night off and getting the mood just right. Sometimes it takes rappers a song or two to get warmed up, but not Barrel Maker. He hits the ground running, putting his body into it and flinging across the stage at full gallop. He doesn’t even need to close his eyes in concentration when he blazes through his lyrics. Barrel Maker, an accomplished video artist responsible for some of the prettier music videos in the area, had a lot of camera references in his lyrics. He is a multi faceted artist that maintains his energy to the very end. That’s the thing about Barrel Maker, he’s good ’till the last drop.

During his set, Barrel Maker and D/Will kept bantering with the audience about hip hop but got very little communication in return. Approach was in the crowd and remarked “They’re getting educated!” In a way, that was true. Lawrence doesn’t necessarily always turn out for hip hop shows, although there are plenty of opportunities. lowercase KANSAS, a sort of open mic for rappers, has called both the Bottleneck and the Granada home. The Approach powerhouse resides at the Replay, so most of his associates will hit that venue up as well. The Jackpot also has the occasional hip hop show, and tends to bring out a Topeka crowd. The opportunities are there, and Lawrence is coming around… but it’s a tedious process. 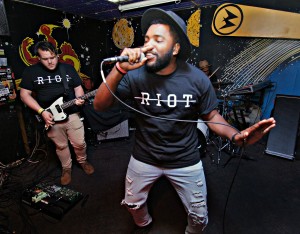 Here’s an artist who could help speed that up. Duncan was the life of the party. There’s something thrilling and gladdening about watching a live band with a hip hop act. The musicians were top notch, and quickly demanded everyone’s attention when the drummer started up. That drummer, by the way, played his kit AND the keys at the same time. Like the performer before him, Duncan was also a spritely fellow and enjoyed spreading the good word through his music.

He slowed it down for a song when he dedicated it to his Granny. This one got us right in the feels. The song was highly relatable for anyone with a Granny, and entirely likable for those without.

But he quickly recovered with an inspirational number. It was kind of like going to Church. His songs were full of positivity, especially when he dedicated one to his wife and preceded it with an announcement. “I think it’s cool to make songs about your wife!” This was met with a round of applause, and more positivity that ran rampant in Duncan’s act. 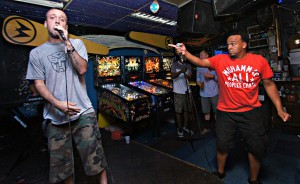 Lincoln Marshall extended the sentiment when they hit the stage. The collaboration between Approach and MilkDrop are a match made in hip hop heaven. The two play off of each other’s talents and personalities, and we get to reap the benefits. Approach still maintains his intense and likable onstage presence as he tumbles and darts around MilkDrop and various audience members. He called this set “20 minutes of cardiovascular,” and it totally felt like it. By the time Barrel Maker joined them onstage for a song, Lincoln Marshall’s act was beginning to feel like a buddy cop movie as the antics ran high. Approach– an artist known for dipping his finger into writing, performing, recording, and producing– announced “I’m a man of many hats, and the hat I’m wearing right now is making your ass move!” There wasn’t a still bootie in the house.

The time for Lawrence’s hip hop resurgence is now. Even at a late hour, fans turned up. How could they not? These rappers are lovable, contagious, and know how to convey a message. If you make it out to their shows, you’ll be entertained AND educated. Approach put it best when he addressed the crowd and waved his hand towards the performers. “We put the art in what we have to say and leave you with something so you don’t go home stupid.”