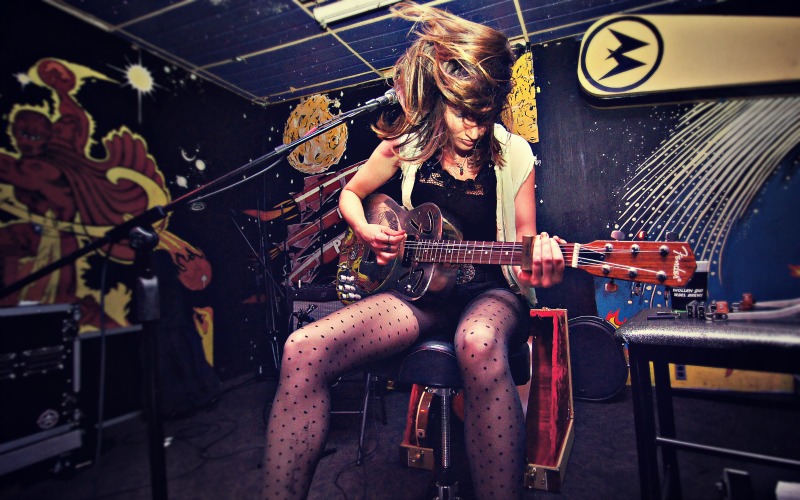 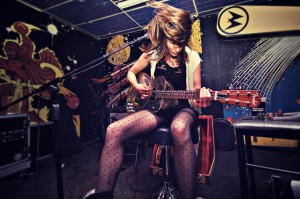 It’s about time you got familiar with the Molly Gene, One Whoaman Band.

You might have caught the Warrensburg, Mo., native just recently at Frank’s, but this vicious vixen also graced the Replay with her presence on Tuesday. This woman’s entire approach to music is rampant. She will mercilessly beat on drums and cymbals with her feet, crashing through each song with such a ferocity only matched by her intimidating growls into the mic.

Don’t try and tame this genre-defying rebel rouser. She’s a rule breaker, opting for a savage style of bluegrass, grunge, and whatever else she feels like throwing into her mad methods. Before her set, she was all smiles. But once she hit the stage, there was no escaping her uncontrolled demeanor. She’s got our attention and total admiration (especially after noticing her promo photo as one of the best we’ve ever seen), but something tells us she could probably beat you in an arm wrestling match.

Watch this insane clip, and marvel at how out-of-control the pace of her song gets towards the end: