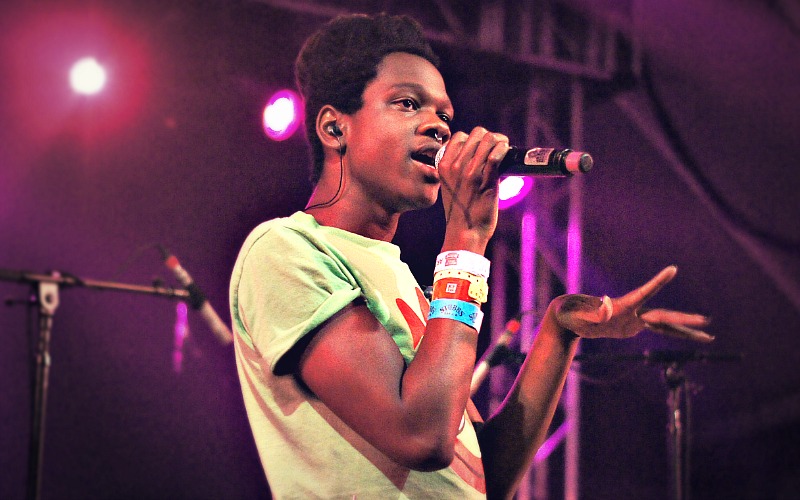 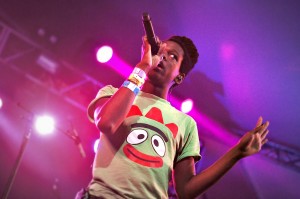 Let me tell you what an absolute joy it is to be in the presence of America’s sweetheart, Shamir.

We caught Shamir at the SXSW music festival during NPR’s showcase at Stubb’s. The large venue is reserved for big-name acts and sponsors, so when a fairly new act makes an appearance there, you better pay attention.

After a performance from a fairly aggressive rapper, Shamir Bailey blew in like a breath of fresh air in a bright green “Yo Gabba Gabba” shirt and announced in a very high-pitched voice “Hi, I’m Shamir!” Every head in the audience turned around as the lights full blast and basked the entire crowd in vivid and pleasant colors. 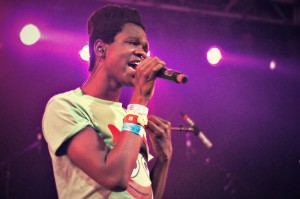 Shamir then delivered what could arguably be the best set of the entire festival. Shamir toes the line between dance pop and hip hop, and he challenges norms with rap music. His disco-inspired beats are completely danceable and his lyrics are oh-so-cheeky. But he still offers all the attitude that comes with a lot of rap. Hip Hop is supposed to be confrontational and representational, and Shamir conquers that without becoming too incompatible.

In this day and age, it’s becoming more important with the current generation to hold social responsibility in a higher regard than anything harmful that often hides under the guise of “art.” Shamir is lovely as can be, charms the pants off of everyone in his path, and hits you with one pleasantry after another. Normally, audiences don’t regard those traits as having any business with hip hop (the bigger, popular acts anyway), but Shamir is creative and makes it work. Shamir’s adoration works like a mother’s: he loves you, but isn’t afraid to call you out when you’ve crossed the line. 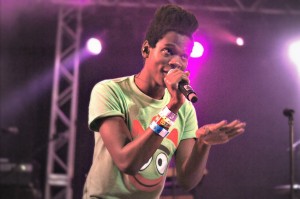 Speaking of love… At the end of the powerhouse set Shamir jumped offstage and into the crowd, not to give high fives, not to crowd surf, but to give out hugs. Real and genuine embraces and hugs. And you know what? Everyone wanted one. Grown ass men who were, just moments ago, applauding aggressive lyrics from an act prior to Shamir’s performance were suddenly lining up with their arms outstretched, begging for love. It was so refreshing! That is how Shamir changed everyone’s attitude. It was, possibly, the best thing we saw at SXSW.

He did the same thing at his Fader Fort performance (video embedded below):

If this is the kind of power a 20 year-old lyricist from Las Vegas can wield now, imagine what he’ll be capable of by the end of the year.

Watch out, world. Shamir is coming for you, and you won’t be able to resist his charm… nor will you want to.

Rock and Roll Badlands: All Them Witches