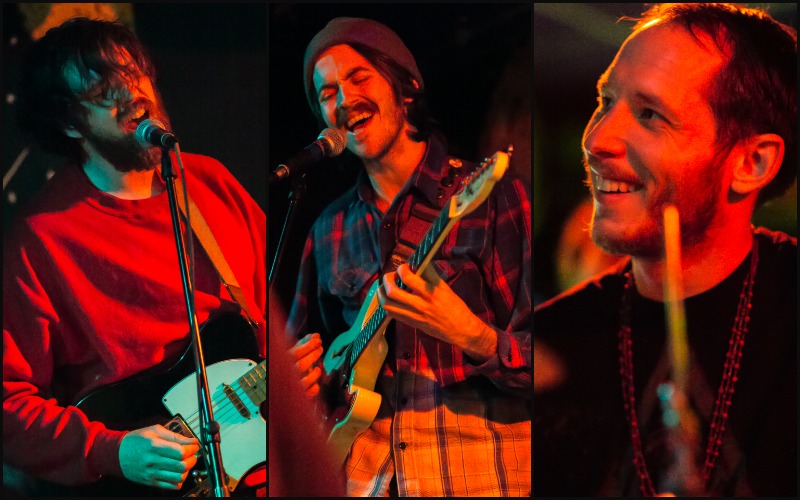 Cold weather wasn’t the only thing the wind blew in last week. The Wandering Lake drifted in to The Replay Thursday night, joined by CS Luxem and Karma Vision. The Fayetteville, Arkansas-based folk band helmed a mellow night for the handful of souls determined enough to brave the cold.

Aside from the humble turnout, all three bands performed with an energy one might expect from a performance set before a much larger audience. Coupled with local drummer Mark Osman manning the kit for the entire night, there was a sense of continuity that doesn’t often come at a live show. And with frontman Brian Kupillas recently becoming a Lawrence resident, The Wandering lake’s flavor of psychedelic folk rock might be one we get to sample more often.

The Sluts are Lawrence's surliest band

Review: No Cave - “Eyes Brighter Than The Sun”